Under Joe Biden, Cannabis Stocks Will Have A ‘GameStop Moment’— Just Like They Have Before 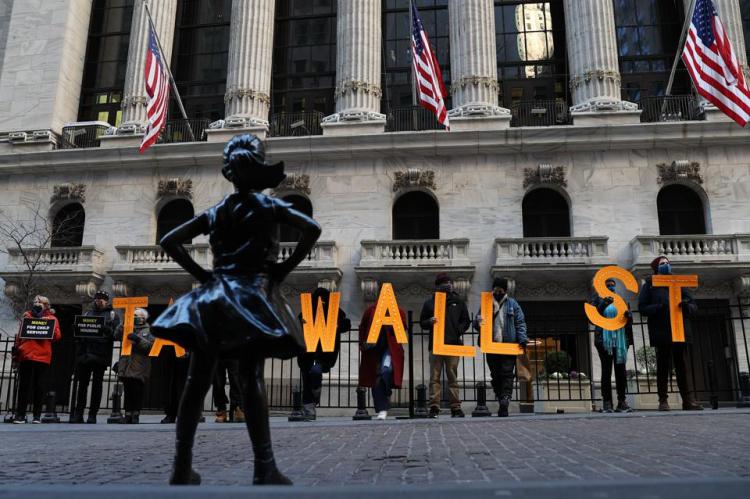 If you said Canopy Growth, or GW Pharmaceuticals, or a marijuana company currently in business, you’ve forgotten the amazing rise and fall of Medbox.

The first publicly traded “cannabis company” to exceed $1 billion in value (at least on the exchanges, “real” enough by our rational market’s standards) way back in 2012, Medbox wasn’t a company at all so much as it was a stock-selling scheme as the Securities and Exchange Commission discovered, a hustle that took advantage of irrational hype cycles to bamboozle ill-informed retail investors.

Hmm. Does this sound at all familiar, in early 2021? It’s worth revisiting the Medbox story in the context of the still-ongoing GameStop stock Armageddon, since it’s happening at the same time marijuana legalization, in part inspired by the COVID-19 economic disaster, is having its biggest-yet moment.

With near-unprecedented attention on the stock market inspiring even antimaterialists to research “naked shorts” and ponder downloading the Robinhood app, retail investors with positions in cannabis companies ought to remember that absurd valuations, triggered by hype cycles, have a longer history than r/wallstreetbets.

And while weed companies creating billion-dollar value out of absolutely nothing may not happen again—that’s what the SEC is for—irrational hype cycles are part of the landscape in cannabis investing. And this is without a flood of Reddit posters pumping companies.

Nationwide legalization is coming in Mexico. Both the US Congress and heavily populated East Coast states are pondering cannabis reform. Billions of dollars of cannabis were sold last year! Jay Z has a weed brand!

There won’t be “another Medbox” in weed, given how far the industry has come in the past decade, but analysts have predicted exaggerated inflations, followed by damaging corrections. And we’ve already seen this happen since President Joseph R. Biden, Jr. was elected in November.

What does Joe Biden as president mean for cannabis businesses? Well, nothing, really. Biden didn’t promise to legalize marijuana while campaigning. Biden has not said a word about reforming the Controlled Substances Act. But Biden is a Democrat, and there are a lot of Democrats who are pro-marijuana—and Biden’s nominee for attorney general, Merrick Garland, is unlikely to pull a Jeff Sessions and use his position to start bullying weed companies.

And so the market responded. Cannabis stocks jumped in November, and then jumped again in early January, after Raphael Warnock and Jon Ossoff won Democratic control of the US Senate. There were big gains in cannabis, including companies based in Canada. What do Canadian companies, that aren’t involved in the US market, have to do with Joe Biden and Jon Ossoff?

Nothing, but since investors “know” cannabis legalization is coming, and since that means cannabis is a “good investment,” investors go out and buy some of the only cannabis securities available to them.

This trend suggests that r/wallstreetbets or another online forum could easily target a cannabis company as a buy target and inflate its value, with that company doing absolutely nothing to necessarily deserve an enormous rise in value.

There’s a recent example of how even a press release can briefly inflate a cannabis stock’s value, only for a “correction” to wipe out those gains.

On Jan. 19, former Beverly Hills renter and Instagram celebrity Dan Bilzerian, who in addition to posting is the founder and CEO of a company involved in cannabis called Ignite, posted good news. After years of epic losses, Ignite—which had lost $50 million in 2019, cash Bilzerian is alleged to have frittered away on rent, travel, and an enormous bed—finally broke even in the fourth quarter of 2020, according to a company press release.

“I guess the press and the dumb… YouTubers were wrong,” posted Bilzerian, who briefly saw his net worth balloon: Share prices in Ignite skyrocketed nearly 300 percent, from $0.56 Canadian to $1.54.

But at least so far, the only publicly available proof of Ignite’s new gains are in a press release. Audited financial statements aren’t due for another few months—and this is a company that’s drowning in debt, that doesn’t really have a clear brand identity or a signature product, that’s had one break-even quarter.

Not the greatest fundamentals! So the correction came. Ten days later, Ignite shares are still up, but have lost almost 50 percent since their high. Anyone who bought after reading Dan Bilzerian’s tweet lost money.

What’s next? “Everything suggests that a Biden administration will federally legalize cannabis,” John Ramsay, CEO of Infinite CBD, a Colorado-based cannabis company, told Nasdaq.com earlier this month. Is that right?

The Democrats have a 50-50 “majority” in the US Senate, with Vice President Kamala Harris, who is the president of the Senate, the tiebreaking vote. Harris likes legalization and was the sponsor of a Senate bill that would have descheduled cannabis.

So let’s say that bill gets a hearing in the US Senate. That would be a big deal—it would be the first time the Senate so much as considered such a move. Pot stocks will jump.

Many states will still have laws criminalizing weed on the books. Others have locked-in markets, with the number of licenses capped by statute. Without fundamentals—without licenses, without books not saddled with debt, a correction will come.

“Everyone knows” that marijuana legalization is coming. Fewer people know exactly what that means. Anyone who’s invested in cannabis for four or five years—long enough to witness first-hand the great Canadian cannabis boom-and-bust cycle of 2016-2018—knows full well how vulnerable their sector of the market is to exuberant hype cycles.

Weed’s had a GameStop moment before. All signs suggest that it could easily happen again.