A Conundrum for Cannabis Clinical Trials 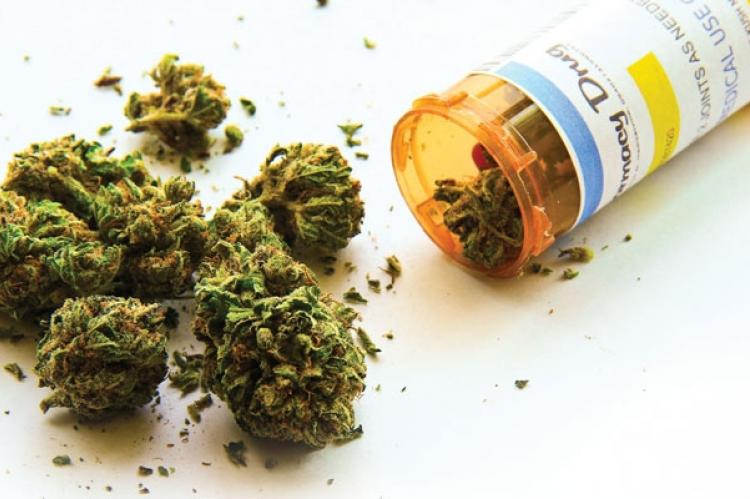 Always the topic of great debate, cannabis science needs firmer foundations to be able to boldly uphold its value. Conflicting studies and claims have flown around for decades, but a different picture arises when consistent standards are applied.

WHY ARE ACCURATE CLINICAL TRIALS AND RESEARCH ESSENTIAL?

While we’re all familiar with the fearmongering that has lasted for generations against cannabis, it’s challenging to get to a precise answer about how cannabis affects the human body. Again, for decades it’s been touted as a brain cell killing, aggression breeding substance, so we assume there has be some science behind it. There is, of course, but performing scientific research on a federally illegal substance is incredibly tricky. So much so, that many studies relied on retroactive reviews on those who tested positive for cannabis, while others would use simple surveys as the basis of their results.

However, in recent years, states like Colorado and Washington changed the game. By examining the brains of over 1,000 youths, the University of Colorado Boulder and the CU Change Lab found striking results. Their study, which again dealt with neuroimaging data, found that while “alcohol use showed large clusters of negative associations with GM volume among adults and to a lesser extent among adolescents, “no associations were observed between structural measures and past 30‐day cannabis use in adults or adolescents.”

Having these results does not end the discussion on how cannabis affects the brain, but it does highlight a significant issue with mainstream narratives. No one should be encouraging children to ingest cannabis unless medically recommended, but the correlation between teenage drinking and permanent brain damage is real. While smoking cannabis as a teen is seen as a predictor of failures later in life, a history of binge drinking as a child changes the frontal lobe forever. Clearing up the science behind cannabis and its effects could save it from being not only the black sheep of recreational substances but also the scapegoat for much of Western civilization’s unwanted problems.

Additionally, using technology, which is commonplace in other agricultural industries, allows for extensive progress within the cannabis world. Farming, automation, sterilization, and breeding have all made great use of techniques used in other industries for decades. Opening the scientific discussion of cannabis allows such progress to develop faster.

Dr. Hance Clarke, Director of Pain Services at Toronto General Hospital, is making history by leading the Medical Cannabis Real-World Evidence (MC-RWE) study. Over 24 weeks, at least 2,000 patients will have their cannabis intake monitored while having access to the same range of medical cannabis products that have consistent genetic, chemical, cannabinoid, and terpene profiles. These products will include four sprays and three oils manufactured by Barrie, Ontario-based MediPharm Labs, and five products from the Rho Phyto brand, manufactured by Avicanna, a Toronto-based biopharmaceutical company.

Through partnering with TruTrace, the study can reliably follow the products from seed to sale, knowing what’s actually in every product consumed. While seemingly a minor point, this is revolutionary in the world of cannabis science as it allows for accurate chemical profiling of the substances being studied, not just general “cannabis” material. Toronto’s University Health Network, which includes Toronto General Hospital, also includes Toronto Western, Princess Margaret Cancer Centre, Toronto Rehabilitation Institute, and The Michener Institute of Education. Using an online profile, they will be able to track each participant’s consumption down to the milligram. Compared to previous work done in the Americas, particularly by the United States federal government, this study is groundbreaking. Even this decade, researchers complained about the quality of cannabis available for research in the country, and so Canada stands among leaders like Washington and Colorado as true modernizers of cannabis science.

At this point, cannabis is a thriving industry. Gaining acceptance and garnering respect, sales have been consistent throughout the decade and will continue to grow. However, that doesn’t mean that the industry doesn’t need more clinical data. While other countries are logging great advances in cannabis research, sadly, the US is lagging far behind.

Unfortunately, as it stands today in the United States, cannabis research is caught in limbo; still federally illegal and nearly impossible for scientists to study due to its Schedule I classification. Like the proverbial “chicken and the egg,” lawmakers want more research in order to entertain legalization, but researchers need legalization in order to do more research.

Regardless of the election results in November, the need to pass legislation regarding rescheduling cannabis for the purpose of research is long overdue.