Authored by The Week Staff 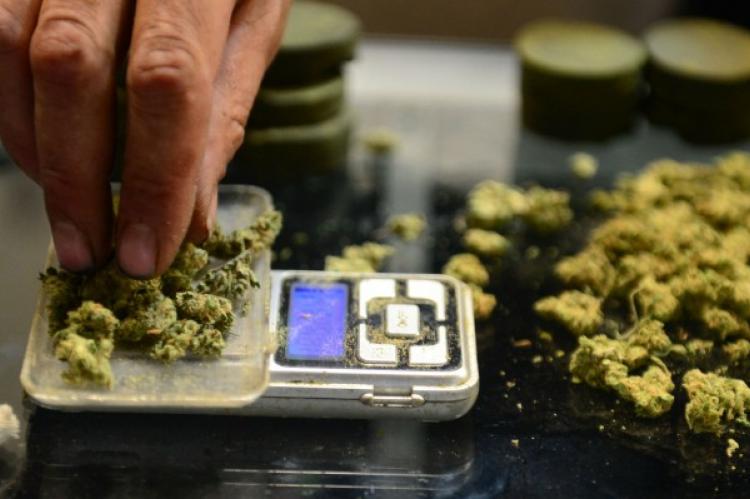 North America’s licensed marijuana companies are reporting major losses as users continue to buy from black-market dealers despite the legalisation of the drug.

Recreational cannabis use has been allowed under Canadian law since October 2018, but it remains illegal for any unlicensed person to be a seller.

Yet up to 42.7% of users still buy at least some of their stash from illegal sources, according to a survey last year by the country’s national statistics agency.

In an interview with the Canadian Broadcasting Corporation (CBC) in October, Mike Serr, head of Canada’s Association of Chiefs of Police, said: “We haven’t disrupted the black market significantly. If there is a strong, vibrant, dark market out there selling illegal drugs, people will go to that and we need to direct them to the legal market.”

Why are so many Canadians buying illegal cannabis?

A scarcity of licensed stores is another reason why many buyers turn to illegal dealers, adds The Guardian.

Omar Yar Khan of public relations consulting firm Hill & Knowlton, which advises several cannabis companies, said: “There just aren’t enough legal licensed points of sale across the country. If it’s not convenient for consumers to access the product through the legal system, why would they ever leave the legacy illicit market?”

One post on Vancouver’s cannabis-focused Reddit feeds said: “The government’s pot is too expensive. The government doesn’t show you a picture of what you’re buying before you buy it, so you cannot be informed as a consumer. The government weed has been full of bugs, mouldy or too dry in some cases, and often takes too long to get there.”

As the black market continues to flourish, “billions of dollars have been wiped off the market values of the industry’s largest companies”, reports the newspaper.

But three of Canada’s biggest licensed producers - Canopy Growth, Tilray and Aurora - are fighting back.

In a bid to “draw consumers from the illicit market and into legal channels”, the firms are set to introduce lower-cost cannabis options, Canopy’s business development head Adam Greenblatt told Newsweek.

What does this mean for legalisation elsewhere?

In the neighbouring US, recreational cannabis use is already legal in 11 states.

And a survey by the Pew Research Center think-tank last November found that 91% of Americans were in favour of legal marijuana for medical or recreational use, with 59% supporting both. Only 32% opposed the legalisation of marijuana, down from 52% in 2010.

Democratic presidential candidate Bernie Sanders has stated his support for legalisation, saying: “We’re going to provide help to the African-American, Latino, and Native American community [to] start businesses to sell legal marijuana, so that a few corporations don’t control the legal marijuana market.”

After Canada legalised recreational cannabis use in 2018, Steve Rolles, a drug policy expert at the Bristol-based Transform think-tank, predicted that the UK would also eventualy change its drug laws, as The Independent reported at the time.

“The tide has turned,” he said. “Canada is a G7 nation and one of the largest Commonwealth countries. We expect the UK and many others to follow suit in the next five years, so that they can put government, not gangsters, in control of the production and supply of cannabis.”

Luxembourg is now set to decriminalise the recreational use of cannabis, New Zealand is to hold a referendum later this year on the issue, and Bermuda has draft legislation tabled for May.