Weed-Curious Politicians Should Look to Uruguay, Where There's No Fuss Over Legal Pot

People freak out about weed legalization, then realize it’s better and stop caring. 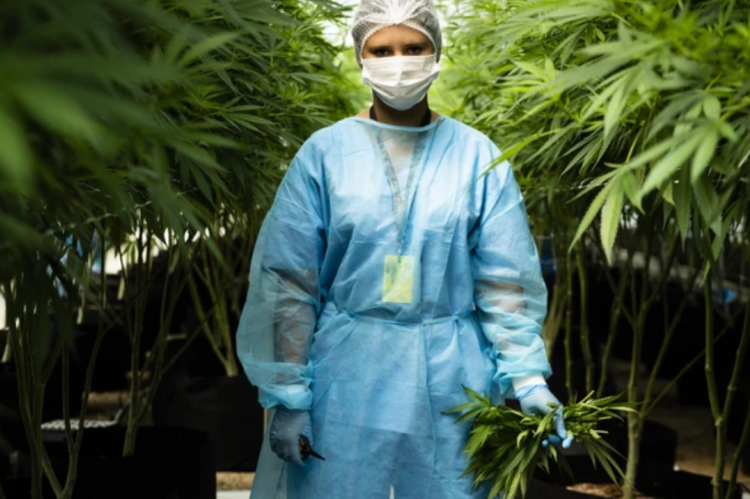 When Uruguay became the first nation in the modern era to legalize weed in 2013, most of its citizens were against it. Yet, despite deep public skepticism, none of the challenges or perceived failures of the law have been enough to generate momentum to try and reverse it. Instead, during the first round of national elections last month, cannabis legalization had all but been forgotten as an issue. It had retreated into the political background.

What has happened in Uruguay sets a surprising precedent, because drug legalization is widely seen by politicians as a huge political risk. But then it happened again in Canada, the second country to legalize weed a year ago, during last month’s national elections. President Trudeau was voted back in, with the weed issue largely taking a backseat. So what’s going on?

Uruguay is typically a liberal country, more so than some of its regional neighbors. When the law for legal weed passed six years ago, and came into force in 2014, President Tabaré Vazquez went even further, suggesting the country should legalize cocaine too. It didn’t go that far, and after serving his term, Vazquez is on his way out of office. His successor will be chosen during a second round of voting later this month, but neither candidate has mentioned much about the country's newest economy.

“People have seen that legal cannabis hasn’t resulted in mass panic or zombies roaming the streets of Montevideo,” said Geoff Ramsey, who co-authored a report on the impacts of Uruguay’s cannabis laws. “It simply hasn’t impacted most people’s daily lives.” Since April last year, more people are now in favor of legal cannabis than against it.

Daniel Martínez, the candidate for Uruguay's centre-left Broad Front coalition, won the first round of the presidential election but was short of the 50 percent of votes he needed to win outright. On November 24th, he’ll be up against Luis Lacalle Pou of the conservative National Party.

“Lacalle Pou is critical of legalization—but only because of its emphasis on regulation,” said Ramsey. “In fact, he actually presented the first draft bill to legalize cannabis in Uruguay, but it was entirely laissez faire, with an emphasis on limited state interference.”

The only candidate who has talked seriously about repealing Uruguay’s marijuana law wasn’t a serious contender for the presidency. Former General Guido Manini Ríos heads the nationalist party Cabildo Abierto (Open Forum), which was only created in March yet has enjoyed a sudden rise since then. Observers say his attitudes to the law are as much about attacking the liberal agenda of the ruling party, and his conservative values, than a problem with the efficiency of the law itself.

The new rules on cannabis allow people to grow their own plants for consumption or to create collectives for group grows. But perhaps the biggest deal for cannabis users was in 2017 when pharmacies started selling it, causing a surge in interest. People were required to sign on to a legal register if they want to buy weed. The number of Uruguayans on the purchaser registry increased from roughly 4,900 to over 13,000 in the first month.

That said, how the legal industry operates is still a work in progress. Stringent state regulation and banking issues have led to there being only 17 licensed pharmacies across the entire country that can sell legal cannabis. The USA Patriot Act, which dictates U.S. banks cannot do business with companies involved in the sale or distribution of a controlled substance (which is also an issue for cannabis businesses in America), posed a problem for retailers in Uruguay because the Act extends the reach of the law to foreign banks with an interbank account in the United States.

“This situation left Uruguayan banks with a choice: shut down cannabis-selling pharmacies or risk the withdrawal of major American financial institutions from the country,” Ramsey’s report said. “For Uruguayan banks, the choice was an obvious one, and pharmacies were notified that their accounts would be closed.” The 17 pharmacies still selling cannabis either work with local banks that don't have relationships with American banks, or have switched to cash-only transactions.

There have also been supply shortages from the just two authorized suppliers producing cannabis in Uruguay. Also, because tourists can’t legally buy the drug, this has helped maintain steady black-market demand—a trend that goes against the original objective to legalizing, which is to shrink illegal markets.

"Some Uruguayan home growers and clubs have attempted to get around the ban on selling to tourists by offering ‘cannabis tours’, framed as social and educational experiences, in which participants are free to sample cannabis while on a paid tour. Others simply sell directly to tourists behind closed doors, a gray market quietly operating via word of mouth," said Ramsey's report.

“They have a lot of work to do to expand legal access and over time if they can address the banking issues—they will get there,” said John Walsh, director for drug policy and the Andes for the Washington Office on Latin America, a think tank.

It is perhaps even more significant that public opinion has turned towards favoring the law despite these teething problems, and even though some trends in the country go against its initial goals—not just the continued presence of the black market, but a rise in violence generally. In the first half of 2018, 221 people were murdered compared to 131 in the same period the previous year. That has fallen off in 2019, with 171 murders between January and June, a 22 percent drop.

The authorities attribute around half of the killings this year to organized crime. Even so, analysis by one think tank says there is little evidence to link the growing violence to the drug trade. Some observers have said the violence is likely more connected to deepening inequality, especially that which confines people to densely populated, poor communities. Nevertheless, the drug trade in cocaine and other substances continues in Uruguay, whether weed is legal or not.

Canada, the second country to legalize weed just a year ago in what was widely seen as one of the most momentous pieces of drug reform in recent times, also saw the topic fade from view. Apart from a few cranky attempts to make weed reform seem like it would open the doors to hell, cannabis was a virtual non-issue in the election. The Conservative party tried hammering Trudeau and the Liberals with crass scare stories about cannabis legalization, but it ultimately failed to hit home. Trudeau, the architect of drug reform, remains in charge.

Bolivia, one of the top three producing countries for coca in the world, is the only other nation in Latin America to set up a major legal scheme for drug cultivation. It allows for 22,000 hectares of legal, government-sanctioned coca fields. Evo Morales, the man who enacted this drug reform, looks set to be re-elected for the fourth time, pending ratification by international observers, following the first round of voting last week.

Mexico recently postponed debating a bill to legalize cannabis, but is soon expected to create a legal industry. Secondary legislation over regulation could delay the commercialization of the plant for another year. But Mexico, which is being hammered by violence related to organized crime, will have been paying attention to the precedent set by Uruguay.

We’re seeing a trend here, shown by what didn’t happen as opposed to what did. People freak out about weed legalization, then realize it’s better than what they had before, and stop caring. Fear of the unknown is being eradicated by the mundanity of reality, and it would seem that soon Canada and Uruguay will be the first of many to take the leap into legalizing this sought-after, fought-over plant.