The Surprising Reason the U.S. May Be Reluctant to Legalize Marijuana 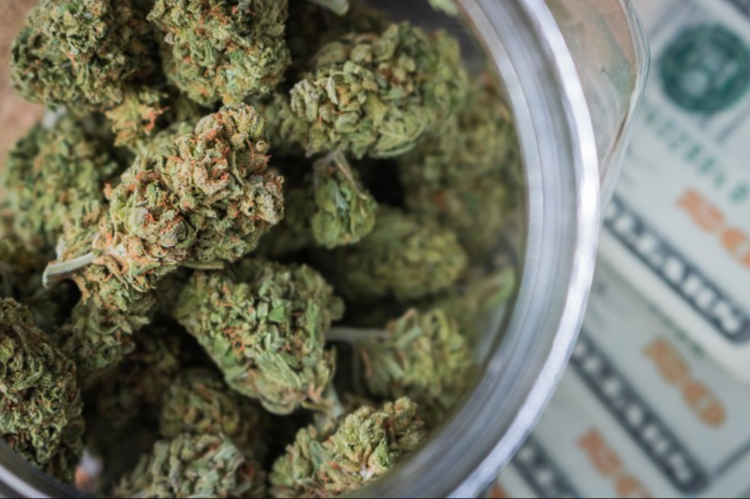 It's all about the green. No, the other green.

Amid the chaos of 2020, which has included a stock market crash, the coronavirus disease 2019 (COVID-19) pandemic, and even some hoopla about the arrival of murder hornets, there's still the realization that this is an election year. In a little over four months, Americans across the country will be heading to the polls or mailing in their ballots to determine who'll lead the U.S. for the next four years.

Among the many issues that'll be getting more of a spotlight than in year's past this election is marijuana. In each of the last two years, Gallup's national poll has found that a record-tying 66% of respondents favor legalization. Other polls, while differing in the nominal support value, also showing overwhelming and clear evidence that the American public favors legalization.

Similarly, we've witnessed two-thirds of all states give the green light to medical marijuana since 1996, with 11 of these states also allowing for the legal adult-use consumption of cannabis.

If opinion has evolved at the state level and among the public, you might be wondering why we've witnessed no such reforms at the federal level on cannabis.

One obvious reason is that there's a pretty broad political divide on Capitol Hill concerning marijuana. Polling has consistently shown that liberals, self-identified Democrats, and younger adults, have the most favorable view of legalizing marijuana, whereas conservatives, self-identified Republicans, and seniors share the least favorable views of cannabis. As of June 1, 2020, the average age of members of the House of Representatives was 57.6 years, with a 62.9-year average for members of the Senate. This means most lawmakers are seniors, and therefore unlikely to be thrilled about the prospect of legalization.

To build on this point, the Senate is currently led by a somewhat slim Republican majority. Senate Majority Leader Mitch McConnell (R-Ky.) has been clear that he has no intention of allowing cannabis legislation to reach the floor for vote.

Furthermore, President Donald Trump hasn't exactly thrown his hat into the legalization column. Although he commented during his 2016 campaign that he was "one hundred percent" in favor of legalizing medical marijuana, he's now appointed two attorney generals (Jeff Sessions and William Barr) who've strongly opposed to any sort of marijuana reforms at the federal level.

This political divide is the easy explanation of why marijuana remains illicit at the federal level -- but it doesn't tell the full story. The surprising reason the U.S. is likely reluctant to legalize cannabis has everything to do with money.

One of the most common suggestions I hear when the widening federal budget deficit is mentioned is the legalization of marijuana. The idea is that if cannabis were legalized at the federal level and taxed, it could bring in a significant amount of money for the federal government, thereby helping to, in some way, minimize its annual deficit. This sounds great on paper, but a deeper dive shows why things remain unchanged.

Since 1982, the U.S. tax code has contained a provision known as 280E, which reads as follows (courtesy of Cornell Law School):

Why's this important? Without the ability to take normal deductions, marijuana businesses are exposed to an extraordinarily high effective tax rate that the Internal Revenue Service has no qualms about collecting.

Here's the crux: legalizing marijuana no longer exposes pot companies to 280E and its high effective tax rate, but it also doesn't generate nearly as much taxable income for the federal government, even if a federal tax is added to legal weed sales. Keep in mind that adding yet another tax to legal marijuana would mean that some consumers will shift their buying habits away from legal channels and toward the black market due to cost.

In other words, the status quo of marijuana being illegal at the federal level with more and more states legalizing has become highly profitable for the federal government. That's a big reason there's a reluctance to legalize.

As the icing on the cake, even if the 2020 elections lead to a shakeup in Congress, such as Democrats retaking a majority in the Senate and Democratic Party candidate Joe Biden winning the White House, there's still no guarantee that any sort of significant reform occurs at the federal level.

Assuming for a moment that Congress is able to agree on a marijuana legalization bill, Joe Biden has not suggested that he'd be willing to approve it. As a Senator, Biden had a long track record of being exceptionally stringent on drug crimes, and in the late 1980s and early 1990s proposed a handful of bills that would have dealt with drug dealers harshly -- and this would have included cannabis. Even though Biden's stance on cannabis has changed immensely over the past 30 years, he's only willing to decriminalize marijuana at the federal level, not legalize it.

Similarly, if Donald Trump wins a second term, we would almost certainly see the status quo continue. A lot would be dependent on the political makeup of Congress, but President Trump has been pretty straightforward that he doesn't have any intention of legalizing cannabis at the federal level.

Keep in mind that this reluctance to legalize isn't, necessarily, a bad thing for U.S. marijuana stocks. Though they've faced some operational redundancies and some initial financing hurdles, many of the larger multistate operators are doing just fine. Trulieve Cannabis (OTC:TCNN.F), which has focused its attention on the medical marijuana-legal Florida market, has opened 48 of its 50 operational dispensaries in the Sunshine State. Trulieve is currently the most profitable pure-play pot stock in North America on a nominal basis, and it's done so with marijuana remaining illicit at the federal level.

The bottom line is that I don't expect legalization to occur in the U.S. anytime soon.