The race is on for recreational marijuana licenses in Maine

The state will publish application forms this week; on the municipal level, the process is already well underway. 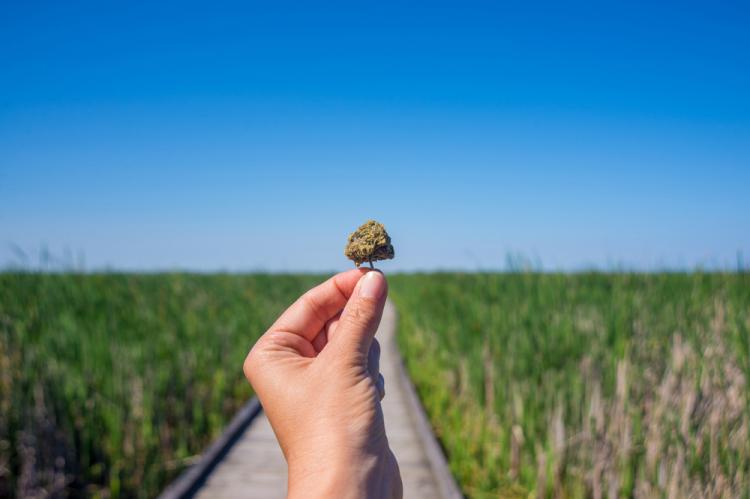 The state will start accepting marijuana business licenses this month, but in some Maine communities that are welcoming the new industry, the race to be first in market has already begun. In a few it’s almost over, and in others the market is already closed, at least for now.

The Maine Office of Marijuana Policy will publish applications for state provisional licenses to grow adult-use cannabis, sell it and manufacture products made from it to its website Thursday, kicking off a monthslong state review of those vying to become pioneers in Maine’s recreational market.

There’s a lot on the line. Maine’s recreational cannabis market is likely to top $158 million in sales its first year and almost $252 million in its second, according to industry analysts. Pioneers will profit from the wave of Maine’s first sales, establish their hold on the market and grow market and consumer loyalty.

“There is a real benefit to being in that first wave, symbolically and practically,” said lawyer Hannah King of Drummond Woodsum. “You’re first to market, first to meet consumers and finally making money. You’re also first to set up make-or-break business relationships, like brand and distribution deals.”

Applicants who want to be one of the first adult-use operators in Maine have already staked a claim in one of two dozen communities that are opening to this new market. In Maine, local approval is required before a conditional state license can be converted into an active one.

South Portland has already granted land-use approvals allowing adult-use early birds to plant flags in high-traffic retail areas like the Maine Mall and use local buffer restrictions to shut out their rivals. Multi-state operators like Curaleaf and Theory are among South Portland’s first adopters.

If the race has started in South Portland, it’s already over in Poland, at least for now. The town held a lottery in July to decide who would get its 10 cultivation and 10 retail store licenses. Only three growers and five retailers applied, so everybody got one, and Poland won’t hold its next lottery for a year.

Hallowell has already handed out its three downtown marijuana store licenses. It held a lottery a year ago, before the state had even adopted its adult-use rules, so the winners were all medical cannabis storefronts. Only they can apply for the licenses needed to become recreational shops.

Portland is still working on its marijuana regulations, but a handful of medical marijuana stores and labs have set up shop after obtaining local land-use permits that they believe will allow them to claim a spot at the front of the line if Portland decides to cap the number of marijuana retail licenses at 20.

Wellness Connection, the state’s biggest marijuana company, is more than ready for Maine to launch adult-use sales. Wellness runs four out of Maine’s eight state-licensed medical marijuana dispensaries, is applying to open a fifth in South Portland and has said it plans to seek recreational licenses, too.

“The Maine cannabis industry has been waiting over three years for Dec. 5, and of course there will be a race to be the first operator to ring in an adult-use sale,” said Wellness CEO Patricia Rosi. “We have been revving up our engines waiting for the flag to drop and get the green light to start working.”

Rosi said the licensing date is symbolic and exciting for Maine’s newest industry, but it also represents the start of a return on Maine’s investment in the market. Years ago, investors and lenders infused investments into the Maine marijuana market. With adult-use sales, that money can start flowing through the entire state.

Joy Lowe wants to open a recreational cannabis retail store, Hi-Lo Dispensary, in half of a duplex that she is building on Route 26 in Poland. She told the local planning board in August she is excited to get started but realizes total compliance is critical for the first representatives of a controversial new market.

“Our goal is to have this be an appropriate, neat-as-a-pin, pretty-as-a-picture area,” Lowe said. “We realize that not everybody in town is thrilled about this, but this is an opportunity for my family, and we’ll try to do a really good job of it.”

The state expects to start getting its first applications in the first week after publishing its forms online, but it doesn’t expect outright craziness right away. One consultant called the state’s regulatory requirements “a big lift” that will require hundreds of pages of documentation that can’t be turned around in a day.

“December 5th is one of our major milestones, proof that after three years it is actually going to happen,” said Erik Gundersen, head of the Office of Marijuana Policy. “It’s hard to tell, but I think it will be a quiet day. … With a robust licensing process, I don’t think anybody could get through the whole thing in a day.”

By law, the Office of Marijuana Policy has six months to act on the first wave of applications, but some well-organized applications submitted by established marijuana companies with simple, straightforward corporate structures could be approved in early 2020, Gundersen said.

Tammie Snow, a Portland attorney specializing in marijuana law, agreed with Rosi that investors have been anxious to start seeing a return on their investments, having tied up money in things like buying and leasing facilities. But she doesn’t expect the floodgates to open on Thursday.

“I don’t have any clients who will be ready to go on that date,” she said, citing the complexity of the applications and unavailability of the forms before Dec. 5. “That may also slow down the race for licenses. I hope that people are using lawyers and accountants, because even though these are marijuana businesses, they are really compliance businesses. It would be really easy to violate the law and regulations because the regulations are so detailed and there are so many of them. In addition, the Internal Revenue Code penalizes marijuana businesses, so these businesses need a CPA who understands the code provisions.”

To get a conditional license, an applicant must demonstrate that the owners and key players listed on the application form have already obtained the individual identification cards required of all marijuana owners, executives and employees. To get a card, the applicant must undergo a criminal background check.

The state has already received 270 individual identification card applications. The Office of Marijuana Policy’s licensing division, made up of eight people, has begun processing these forms but will not begin to issue the cards until Thursday, Gundersen said.

In addition, conditional license applicants will need to state what kind of license they are seeking and submit proof of residency, corporate structure documentation and records that show they are current on all state taxes. A majority of the company’s owners, investors and officers must be Mainers.

With a conditional license in hand, applicants must then get municipal authorization. Some towns may require applicants to get all local permits before signing off, while others may sign the state’s authorization form but wait until the applicant clears all state hurdles before handing out local licenses.

“The state may have the most burdensome regulatory requirements, but it will be the cities and towns that will serve as the gatekeepers in Maine, much like they have in other states,” said Andrew Freedman, the former marijuana czar of Colorado who helped Maine write its marijuana regulations.

Snow predicts getting municipal licenses could be harder than the state licenses because the opt-in requirements vary from town to town.

“Also, some of them are charging fees that are higher than the state licensing fees,” she said. “Getting municipal use permits is rarely easy for any businesses because towns require going before the planning board at least twice, notices to abutters, a public hearing, a site visit and conditions that the planning board puts on the permit. Add most towns’ concerns about the unknowns of allowing marijuana businesses, and I think that the whole municipal process will be quite onerous in most towns.”

An applicant with municipal authorization can return to the state and submit the detailed facility, operations and security plans needed to convert a provisional state license to an active one. Some consultants say this will be the most difficult and expensive part of the application process.

Rejected applicants can appeal the decision and their claim will be heard at an administrative hearing of the Maine Department of Administrative and Financial Services, which oversees the Office of Marijuana Policy. If the rejection is sustained, they can always take their case to court.

But Gundersen said his office plans to work with applicants to help them navigate the demanding licensing process that must be used to govern a heavily regulated industry like marijuana. An applicant that is denied can immediately submit a new application with no regulatory penalties.