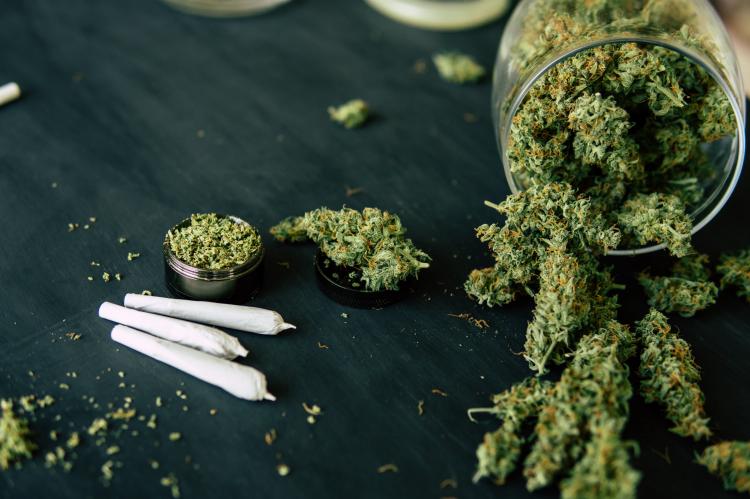 Ballot campaigns and cannabis bills get pushed aside during public health crisis.

What was supposed to be a banner year for marijuana legalization is becoming a bust.

Advocates are pushing ballot referendums in nearly a dozen states, from Idaho to New Jersey. Governors and state lawmakers who failed to pass legalization last year — most notably in New York — vowed that 2020 would be different. But social distancing has put ballot drives on pause and state lawmakers are overwhelmed with addressing the crisis at hand.

“People are scared. They don’t want to touch a pen or paper,” said Melissa Fults, executive director of Arkansans for Cannabis Reform. “All we can do is sit and wait.”

So even with marijuana sales spiking, the coronavirus pandemic is crippling marijuana legalization efforts on the state level — and campaigns on all kinds of other issues, too.

“The coronavirus has impacted every signature drive on every issue across the country,” said Matthew Schweich, deputy director of legalization advocacy group Marijuana Policy Project.

Even New York Gov. Andrew Cuomo, who declared that marijuana legalization would be a “top priority” earlier this year, abandoned the initiative when his state emerged as the epicenter of the coronavirus outbreak in the U.S.

“Too much [to deal with], too little time,” Cuomo said when asked about marijuana legalization during a recent press briefing.

But some ballot campaigns have abandoned this year’s plans and are eyeing 2022, and advocates are unsure what will happen to legalization bills with dozens of legislative sessions suspended or postponed.

Even anti-legalization advocates are not cheering these developments.

“Obviously this isn’t the reason we would want legalization measures to be set back,” said Kevin Sabet, president of Smart Approaches to Marijuana. “Lives are on the line.”

Nearly a dozen marijuana legalization ballot campaigns were angling for a spot on the 2020 ballot until coronavirus-related orders made it nearly impossible for canvassers to collect signatures.

"[Circulating petitions] contributes to the public health problem," said Schweich. "There’s no playbook on how to do a signature drive during a pandemic."

Of all the legalization ballot campaigns still collecting signatures, Smart and Safe Arizona is perhaps the best positioned to succeed. It filed early and collected more than 300,000 signatures to date, well beyond the 238,000 verified signatures it needs by July 2 to qualify.

Ballot campaigns typically submit more than the required number of signatures since a good portion generally can’t be verified by government officials.

“Marijuana is in very good shape even with the lockdown order. We’d like to collect more,” said Stacy Pearson, a spokesperson for the campaign.

For other campaigns facing July deadlines, including Arkansas and Nebraska, advocates hope to get back out in the field in May.

“[We] had already started hiring canvassers when this whole coronavirus thing happened,” said Tommy Garrett, a former Republican state senator in Nebraska who now serves as chairman of ADOPT, a statewide coalition that aims to reduce state property taxes and legalize medical marijuana.

If the campaign is able to restart its signature collecting efforts by early May, “we’ll have 60 days to get this done,” Garrett said. “It’s not an impossibility.”

Some campaigns are exploring other solutions to the signature-gathering problem.

The Arizona campaign recently joined three other ballot initiatives in filing a petition to the Arizona Supreme Court to allow them to use e-signatures. Advocates are looking into whether they can email people to find out if they are willing to sign a petition if it were dropped off outside their front door so they could use their own pens to sign it. The person could then leave the signed petition outside their door to be collected.

Arkansans for Cannabis Reform plans to work with two other campaigns on separate issues to help each other. The idea is to have canvassers for each campaign carry the petitions for all three signature drives. They’re discussing ways to safely collect signatures, such as having people drive up to canvassers to sign a petition while remaining in their cars.

“We’re just going to have to get really creative,” Fults said.

"Coronavirus is taking up all the oxygen in the room," said Andrew Freedman, senior vice president at the public affairs firm Forbes Tate Partners. "People are just going to go home when all the essential business is passed."

States with marijuana bills including Vermont, New Hampshire, New York and Connecticut all shifted their priorities as coronavirus cases surged.

Cuomo was once coordinating legalization efforts in the entire Northeast region and encouraging state lawmakers to include marijuana legalization in New York's budget.

But even marijuana's most vocal supporters in the legislature put the issue aside as the state rushed to pass a budget in the epicenter of the outbreak. The bill’s chief sponsors, Assembly Majority Leader Crystal Peoples-Stokes and Sen. Liz Krueger, both Democrats, doubted its chances during budget negotiations.

“In times of crisis, everyone realizes what they actually need to get done and what they don’t,” Krueger said. “I think a huge number of things will fall off the table both because of time and money reasons.”

Some advocates are hoping the crisis bodes well for legalization efforts in the long run, as states face revenue decimated by the crisis.

Oklahoma Republican state Rep. Scott Fetgatter recently said he plans to introduce legislation to establish a taxed, regulated recreational marijuana market, arguing it could bring in $100 million per year in revenue and help with a budget crunch expected because of the health crisis.

But until the worst is over, lawmakers likely will be consumed with more urgent matters. Legislative leaders in Connecticut, who had been discussing marijuana legalization matters with Democrat Gov. Ned Lamont, are now working with the governor on a coronavirus stimulus package. The session has been postponed until at least April 13.

A medical marijuana legalization bill was chugging along in Kentucky’s legislature with a 65-30 vote in the Republican-dominated House.

Now, the bill is languishing in the Senate Judiciary Committee as the legislature swerved to deal with the state budget amid the coronavirus crisis.

Even ardent legalization advocates like Jim Higdon, who owns Kentucky-based CBD company Cornbread Hemp, doesn’t think now is the time to debate medical marijuana legalization. His father Jimmy Higdon is a state senator, and Higdon said he is worried that the legislature is still in session.