Sarah Blyth, founding member of High Hopes Cannabis Collective, which helps people get access to medical cannabis as a replacement for opioids, outside the facility in Vancouver's Downtown Eastside, on Nov. 28, 2019. 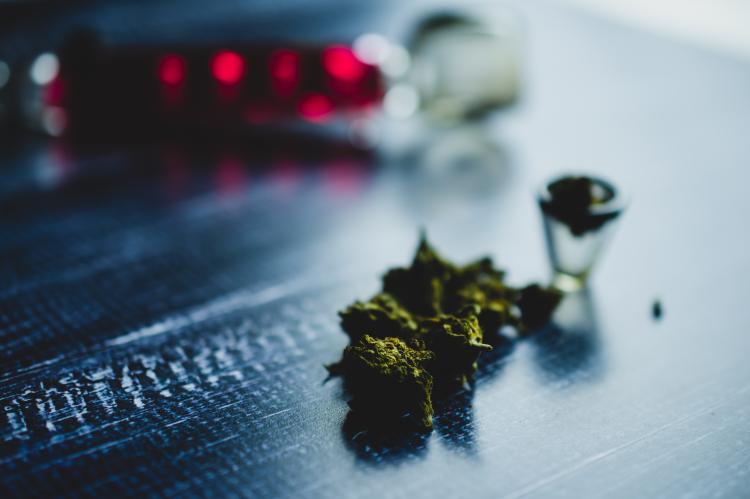 Don Durban has been using opioids for years to cope with chronic pain in his feet from diabetic swelling. He also once sought out the drugs to help with symptoms of pancreatitis.

But the Vancouver man and many others are now using cannabis as an alternative means to alleviate symptoms.

Mr. Durban, 66, said the herb has been an “awesome painkiller," especially in its edible form. “They helped cut back on my Dilaudid [an opioid] use when I was getting that prescribed.”

His experience is supported by science. New research from the University of British Columbia and the British Columbia Centre on Substance Use suggests that daily cannabis use could be an effective alternative to opioids for people suffering from chronic pain.

Researchers interviewed more than 1,100 people who reported having chronic pain between 2014 and 2017 and found that those who used cannabis daily were half as likely to use illicit opioids compared to those who did not.

The research comes as the dangers of opioids are increasingly evident. The Coroners Service of British Columbia, for example, released data last month showing at least 690 people died from illicit drug overdoses in the province this year as of Aug. 31.

The participants of the UBC and BCCSU study consisted of opioid users reporting chronic pain and included people who also used cannabis and those who did not.

Michael John Milloy, a research scientist at BCCSU and assistant professor at UBC, said while the study cannot confirm the participants were using opioids to mitigate their pain, previous research suggests illicit opioids usage is a common pain-management strategy. And, according to him, their findings are consistent with an increasing body of evidence that, for some people, cannabis can be a substitute painkiller for these opioids.

“We have studies from medical cannabis patients in California and across the United States, which report many patients being able to cut down on their use of opioids by using cannabis,” he said.

“But now this [study] is really an advance because this is data from individuals comparing cannabis users to non-users.”

Switching, however, isn’t always simple. For users such as Mr. Durban, access to safe, legal cannabis is “near impossible," he said.

While legalization of the substance last year has made people more socially comfortable consuming cannabis – medically and recreationally – Mr. Durban said, for some, the new government regulations have made the product impossible to afford or access, especially without the assistance of social organizers such as Sarah Blyth.

Ms. Blyth co-founded the Overdose Prevention Society and now runs High Hopes, a program in Vancouver’s Downtown Eastside that works to provide safe supplies of cannabis to its residents. Operating on donations of edibles, dried buds and tinctures from local, illicit dispensaries, they are now in the process of obtaining a business licence to become a legal social enterprise.

The program sets up tables in the neighbourhood and offers cannabis by donation. “If it wasn’t for Sarah, it would be so much more difficult," Mr. Durban said.

“You can order it online, but people here don’t have credit cards,” Ms. Blyth said. “Legal shops are not close to down here, either. People are left with limited options.”

A former Vancouver bylaw prohibited cannabis retail shops from operating in the Downtown Eastside. That bylaw was only overturned this June.

“We’re trying to get a space, and we’re trying to work with licensed producers to get people something they can take [for their pain],” she said. “The better the quality, the better people feel.”

For Mr. Durban, access is crucial as the effects of the substance are stark. Now, he takes a cannabis edible to handle moderate to severe pain, occasionally combining them with opioids if severe pain persists. He said the frequency he takes opioids has dropped from daily use to weekly since he started consuming marijuana.

Ms. Blyth also said cannabis, however, isn’t for everyone – and opioids can’t be written off.

“We hear things like that all the time: people wanting to use it for their pain, for their trauma,” she said. “It doesn’t take away from the need of a safe supply of opioids because there’s a lot of people who won’t use cannabis. So it would be a small part in a bigger solution.”

Authored by: Brandon Wei, The Globe and Mail