Marijuana use is on the rise in older adults 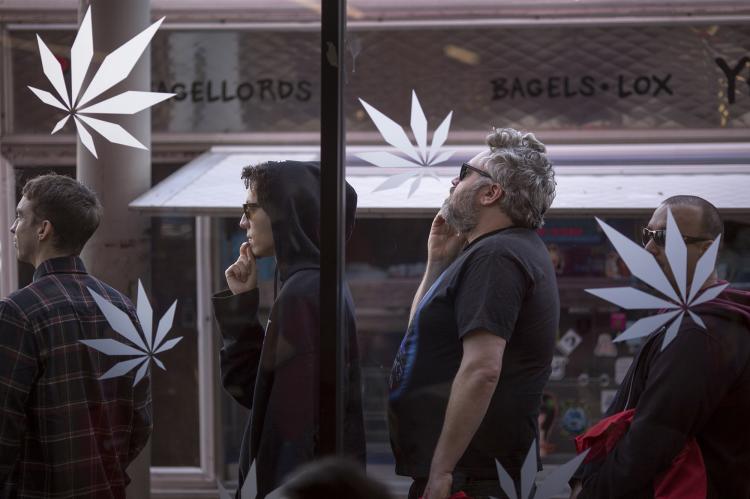 Marijuana use is on the rise among baby boomers in the United States, especially men, according to a study published Monday in the Annals of Internal Medicine.

The findings appear to reflect changing attitudes toward cannabis across the country, study co-author Bill Jesdale, an assistant professor of population and quantitative health science at the University of Massachusetts Medical School in Worchester, suggested.

Use of the drug increased in older adults in both the states where marijuana has been legalized for recreational use and in the states where it has not, he said. “It seems that something has happened to the country as a whole.”

The rise in use among older adults is something that Phillip Favila, manager of Sweet Flower, a Los Angeles cannabis dispensary, has noticed.

“We’ve seen an uptick in people 50 and over coming in,” he said.

The survey itself didn’t offer any insights into why more boomers are using weed, but Jesdale and his colleagues suggested several possible explanations, including a greater willingness to admit to use because of lower stigma, increased availability of the drug, lowered inhibitions against use, and proliferating claims of medicinal benefits. Indeed, other studies have found that some older adults have turned to cannabis for help with pain, anxiety and sleep problems, the researchers noted.

The researchers said one of the reasons they embarked on the study was a concern that the effects of cannabis in older adults might be different from what younger people experience. Young adults ages 18 to 25 remain the biggest users of the drug in the U.S., with 38.7 percent reporting use in 2018, according to a government report.

“Our colleague from Canada was thinking about the use of cannabis in nursing homes, as that has gone up,” Jesdale said. “There is very little evidence base on how marijuana interacts with a lot of the medications used in that population.”

There are concerns that marijuana use in older adults might increase the risk of drug interactions when combined with certain medications. A review published in January in the Journal of the American College of Cardiology noted, for example, that marijuana can interact with certain heart medications, putting users at risk.

There’s also an increased risk of confusion, dizziness, falls and other accidents, the report said.

The report didn’t touch on the respondents’ past marijuana use, so Jesdale couldn’t say whether the increase was due to new users or people coming back to a drug they’d used back in their college and high school days.

Favila, the dispensary manager, said that his boomer customers are looking to reconnect with experiences from their youth.

“For a lot of them, it’s nostalgic,” he said. “They ask, ‘Do you have the strains from when I was in college, back in the day?’”

“The aroma of a flower may trigger a memory of when they were back in college hanging out with friends at the baseball field,” Favila said, referring to the marijuana plant. He added that his older clients prefer cannabis they can smoke.