Authored by ALEX GANGITANO, The Hill 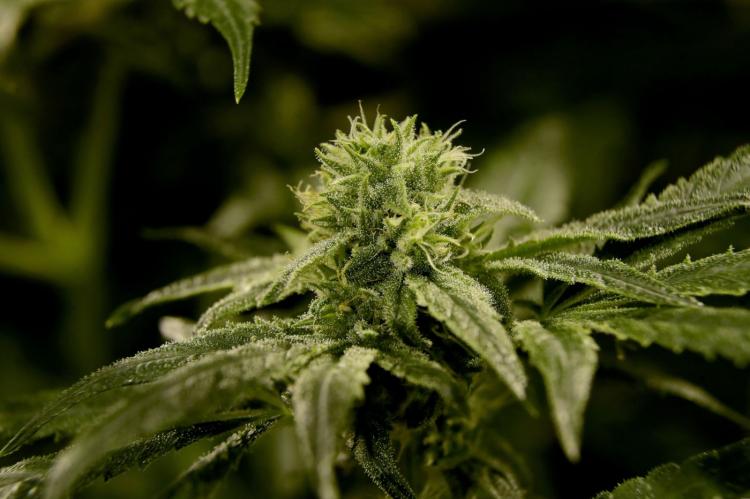 The cannabis lobby is flexing its muscle in Washington and seeking aid for small businesses in the next coronavirus relief package.

The marijuana industry has already found help at the state level. Twenty states, the District of Columbia and Puerto Rico are allowing medical cannabis dispensaries to remain open during the pandemic, and eight states allow both licensed recreational and medical cannabis dispensaries to operate. Cannabis groups are pushing for more states to allow legal marijuana markets to remain open and are seeking funds in state aid packages.

But the push for help from Washington, where the federal government still classifies marijuana as a controlled substance, has so far failed to make headway.

Cannabis groups say that is unfair and are pushing to change that in the next aid package.

Cannabis lobbying groups wrote a letter to governors last week to urge them to provide loans at the state level and to push their congressional delegations to include them in the next federal relief package.

Fox said the association has heard that Speaker Nancy Pelosi (D-Calif.) and Rep. Ed Perlmutter (D-Colo.) are working out language to allow cannabis companies to receive small-business loans. Pelosi’s office did not respond to The Hill’s request for comment, but Perlmutter said he is hopeful it will happen.

“I plan to keep pushing to ensure the cannabis industry has the ability to be eligible for SBA [Small Business Administration] relief funds during this COVID-19 crisis. I have spoken to House leadership about this matter and I’m hopeful in one of the next two packages we can get this done,” Perlmutter told The Hill.

The National Association of Cannabis Businesses (NACB) is also working toward relief for pot shops.

“We’re very favorable towards utilizing stimulus funds or recovery funds and opening those to cannabis businesses. I know that’s problematic because of the status of cannabis, but there are people who think there are ways they can get it done, and I think Pelosi’s looking at that,” Mark Gorman, NACB chief operating officer, told The Hill.

The industry groups have also turned to K Street for help. Brownstein Hyatt Farber Schreck has been working on behalf of the Cannabis Trade Federation to lobby Congress to find ways to help cannabis companies access aid in the CARES Act.

“There is a very robust conversation happening in the House right now about how to help these companies going forward,” Brownstein’s Melissa Kuipers Blake said.

The GOP-controlled Senate will be a harder sell. In 2019, marijuana business advocates had high hopes for passing legislation that would allow financial institutions to finally do business with cannabis businesses that were legal in the states. The House passed legislation in September that would allow banks to finally work with cannabis businesses, but the bill failed to move in the Senate.

As pot businesses deal with the coronavirus pandemic, the industry hopes to draw attention to the divide between the federal government and states on the issue.

The industry has seen sales spike at points during the pandemic. Pot consumption hit a record high as weekly sales growth peaked at 64 percent for the week of March 16, the sharpest rate increase since the start of 2019. But the marijuana lobby says that despite those numbers, small cannabis businesses still need loans to stay open.

“There’s a misconception that the fact that cannabis businesses have been able to stay open has created some kind of bonanza. Average sales have dropped aside from some brief spikes that occurred several weeks ago, based on consumer concern that they wouldn’t have legal access,” Fox said.

The industry, though, faces opposition from the anti-marijuana lobby, which called it “laughable” that pot businesses are seeking relief.

“They definitely have a lot of hubris to say they need money at a time when they’re seeing record sales. It’s laughable that they’re asking for it,” Kevin Sabet, president of Smart Approaches to Marijuana (SAM), said. “I think it’s just a pattern for them pushing boundaries ... as they can.”

Sabet said he is hopeful Congress will continue to deny aid to marijuana shops in future relief packages.

“I think you may have the same old pro-marijuana members who were pro-marijuana before this crisis. … I wouldn’t be surprised if they’re going to propose something, but I don’t think it’s going to actually go through,” he said.

Jonathan Caulkins, a professor at Carnegie Mellon University’s Heinz College, though, pointed to the lobbying muscle behind marijuana.

“[Cannabis shops are] still doing things that are illegal under federal law even though they are state-licensed. I find that absurd. Does that mean their lobbyists won’t win? They might win. They’ve got a lot of lobbying power in Washington, D.C.,” he told The Hill.

The marijuana lobby currently is ramping up pressure on Massachusetts Gov. Charlie Baker (R), who closed recreational marijuana dispensaries in the state, despite marijuana being legal there.

“It’s a fundamentally difficult balancing act that states around the country are grappling with and trying to do their best to help health and jobs,” Caulkins said.

The NACB wrote to Baker last week, saying that state-legal shops should be open just like liquor stores in Massachusetts. They warned of the danger that marijuana consumers will patronize unlicensed sources, posing health risks and taking tax dollars from the state.

“There’s no reason if liquor stores are open that cannabis stores shouldn’t be open, too,” Gorman said.

“This is a case of influence really buying a public policy, and the public policy they bought right now is allowing them to stay open during this time of crisis,” Sabet said.

For the industry, the coronavirus outbreak has provided an opportunity to revive the debate on legalization.

The NACB says legalization will provide a boost to states as economies begin to reopen.

“There is a great opportunity to think outside the box when you’re coming out of a deep recession, especially in the case of ... Pennsylvania, New Jersey, New York and Connecticut. They should be moving quickly toward cannabis legalization. There’s a lot of tax revenue in that, and I think they’d be missing a huge opportunity,” Gorman said.

Gorman noted that Pennsylvania Gov. Tom Wolf (R) closed liquor stores, which are a crucial source of tax dollars, in the state during the pandemic.

“You can’t do what you’ve done for years, which is when they need money, they raise the markup on distilled spirits. You have to look at other things, and cannabis legislation provides steps to it and the ability to tax the product is a no-brainer,” he said.