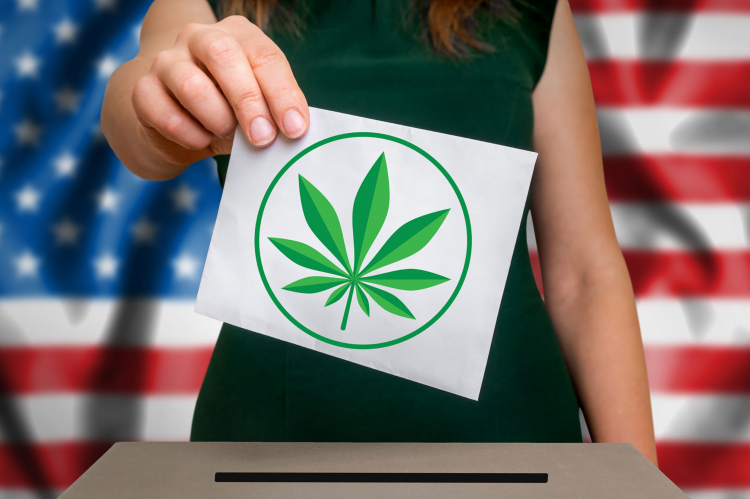 Marijuana legalization in South Dakota could see daylight in 2020. The state passed measures to legalize both recreational and medical marijuana. Luckily, both of the measures collected the required signatures before the COVID-19 pandemic hit. The only issue was if the pandemic didn’t retreat by November, it would be hard for people to vote on the measures. Now that lockdown restrictions have been easing, voting should be possible. So, the fate of legalization in South Dakota lies in voters’ hands.

The state’s marijuana legalization group “South Dakotans for Better Marijuana Laws” initiated two proposals. The good news amid the pandemic is that both of the measures gathered enough signatures. As a result, they qualified for the ballot. The voters will decide on both proposals in the upcoming November elections.

The support for marijuana legalization is huge in the state. Many members of the campaign group think that cannabis being illegal at the federal level prevents productive people from getting jobs. People have to deal with drug conviction charges related to marijuana even though it’s legal in most states. As reported by KELOLAND News, the group held a zoom conference recently. The group presented a case stating how “legalizing and regulating marijuana would free up prisons and jails” and additionally bring in “$30 million of tax revenue by 2024.”

However, some local law enforcement questioned approving the measure. The group said that there would be restrictions as well. Marijuana legalization will be in voters’ hands. They will decide whether or not to legalize recreational and medical marijuana in the state this year.

As of Thursday, Cresco Labs and Green Thumb Industries have declined 6.4% and 1.6%, while Curaleaf has gained 2% in June. Meanwhile, Aurora Cannabis and Cronos Group have fallen 7.7% and 0.91%, while Canopy Growth and Hexo have gained 4.2% and 13.3%, respectively, in June.