Marijuana advocates race to qualify for the ballot 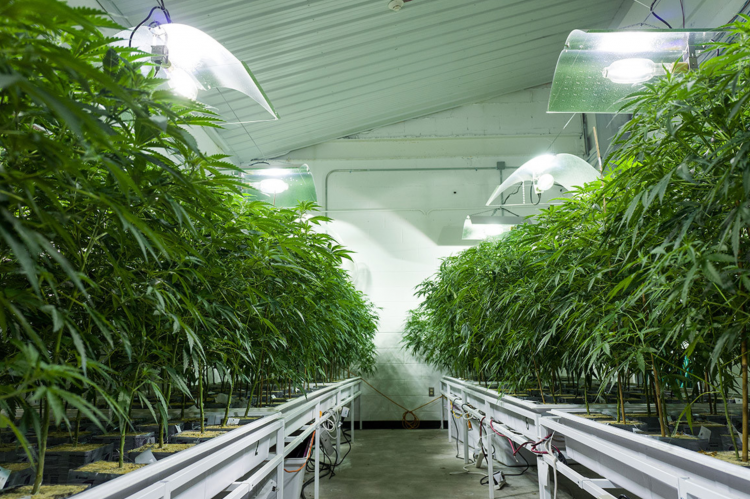 The pandemic forced some legalization campaigns to fold, but others are still fighting to make it before voters in November.

The coronavirus pandemic may have upended marijuana advocates’ plans for a banner year of legalization ballot initiatives. But advocates in a handful of states are still fighting to salvage campaigns to put legalization questions to voters in November.

Legalization questions in New Jersey, South Dakota and Mississippi already made this year’s ballot before the pandemic hit. And recreational legalization is all but certain to be on the ballot in Montana after advocates collected more than 130,000 signatures by its deadline last Friday.

But the public health crisis put an end to efforts in Missouri, North Dakota and Oklahoma. A campaign to legalize medical marijuana in Idaho all but called it quits before a lawsuit against the state by a separate ballot initiative successfully petitioned the courts to be able to gather signatures online. The Idaho Cannabis Coalition is now looking into the possibility of restarting its campaign.

Meanwhile, advocates in Nebraska, Arkansas and Arizona are plowing ahead with their campaigns with varying degrees of confidence.

Advocates have had to adapt to public health concerns and ever-shifting legal guidance on relief for their campaigns.

Here’s a closer look at some of the campaigns still in play:

Montana — Montana advocates faced a June 19 deadline to submit signatures to get on the ballot for their recreational legalization initiative.

The campaign is unique because advocates had to collect signatures for two separate initiatives thanks to a quirk in the state’s Constitution defining adulthood as beginning at age 18: one to legalize recreational marijuana, and another to set the legal age at 21 years old. For the latter initiative, which is a constitutional initiative rather than a statutory one, twice as many signatures are required.

The campaign said the fact they overcame a pandemic and inclement weather to collect enough signatures shows the strong support for recreational legalization in the state.

Arizona — The campaign to legalize recreational marijuana in Arizona was well positioned to weather the public health crisis, having collected enough signatures to make the ballot even before the pandemic hit.

The campaign’s original, internal goal was to collect the most signatures for a ballot petition in Arizona history — more than 600,000 — but those plans were pushed aside due to the coronavirus crisis. The campaign now has well over 400,000 signatures, far more than the 238,000 it needs to qualify.

Stacy Pearson, spokesperson for Smart and Safe Arizona, is confident the campaign will prevail at the ballot box. A 2016 legalization campaign failed narrowly, with 51.3 percent of people voting "no."

“I can’t imagine [the opposition campaign] will draw the same type of funding it did in 2016,” Pearson said, adding that public opinion has shifted even more on the issue since the failed referendum.

Arkansas — The campaign to legalize medical marijuana in Arkansas is dealing with uncertainties not just with the pandemic, but also with an ongoing court case to provide relief to ballot campaigns during the public health crisis.

The campaign got a boost when a federal judge temporarily suspended some signature-collection rules in late May in a case brought by a gerrymandering initiative. Ballot campaigns were allowed to collect mail-in signatures as a result, which gave the marijuana initiative a lot of hope for meeting its July 3 deadline to collect 90,000 signatures.

But the state has appealed, resulting in a stay of the previous ruling, so campaigns can no longer collect mail-in signatures for the time being.

“This has been the hardest petitioning year that I’ve ever seen in the state,” said Melissa Fults, executive director of Arkansans for Cannabis Reform. “I just expect the locusts to show up at any moment.”

The campaign is still asking supporters to mail in signatures in hopes of the gerrymandering initiative prevailing in court.

“Without mail-in signatures, there’s no way [we’ll make the ballot],” she said. “All we can do is hope.”

Nebraska — Advocates are confident they will meet the geographic distribution requirements for ballot petitions. Their main challenge is collecting the 120,000 overall signatures it needs by the July 3 deadline.

Schweich is cautiously hopeful that if the campaign continues to collect signatures at its current pace with no other major disruptions, Nebraskans will have a chance to vote on the medical marijuana question this fall.