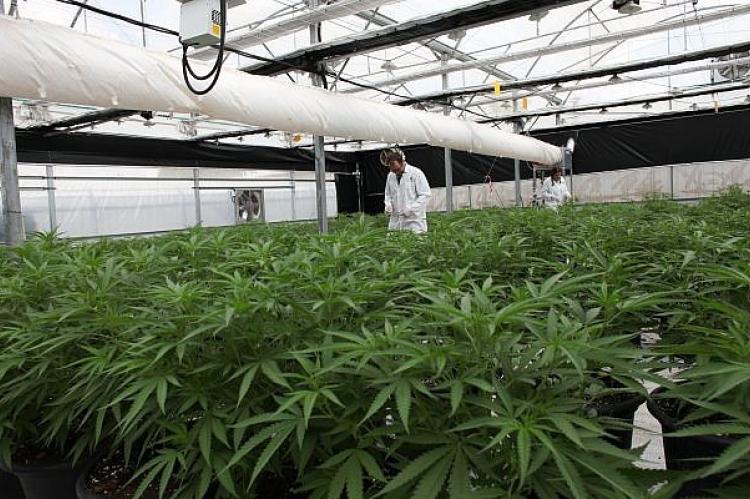 With the issuance of a wide-ranging ministry report on the medical cannabis industry, Israel is for the first time making clear its intention to back the burgeoning sector, according to a ministry official.

The white paper on Israel’s Medical Cannabis Innovation, published earlier this month, maps out the industry’s ecosystem — the key players, leading startups, breakthrough research at academic institutions, government regulations, and opportunities that await investors should they decide to take the plunge.

“This is a statement by the State of Israel that it is promoting the sector of cannabis for medical use,” just as it has previously promoted the cybersecurity and auto-technology industries, said Ziva Eger, the chief executive at Invest in Israel, the Ministry of Economy and Industry’s arm for promoting foreign investment in Israel.

This is “the first time,” she said, that the state is addressing the cannabis sector as a field it is eager to develop. “We identify the potential and have created a base for all of our work in Israel so we can market it abroad.”

There are a growing number of foreign investors who are interested in Israel’s cannabis ecosystem, she said.

Ziva Eger, the head of Invest in Israel arm of the Ministry of Economy and Industry speaking at a conference during DLD Tel Aviv. September
6, 2017 (Shoshanna Solomon/Times of Israel)

The global medical cannabis industry is expected to grow from $13.4 billion in 2018 to $44 billion by 2024, according to the IMARC Group. This surge is driven by an increasing acceptance that the plant-based drug can be used to alleviate a wide range of afflictions. Gradual legalization in countries around the world is helping boost the industry.

Since 2013, some 35 nations have permitted the use of medical cannabis, along with 33 states in the US. Canada has the most advanced regulatory system in place and is home to nine out of the 10 largest cannabis companies worldwide. Canada is also the world’s leading cannabis exporter.

“The world is marching in the direction of medical cannabis for wellness, and that cannot be ignored,” said Aviad Tamir, the head of life sciences and healthcare at Invest in Israel. This is a field in which Israel is identified as having “technological superiority,” he said.

“After Canada, Israel is the most advanced country regarding regulation and licensing,” Eger said.

The roots of Israel’s flourishing medical cannabis industry go back to the 1960s research of Prof. Raphael Mechoulam, a pioneer in the field who identified two of the active ingredients of the plant, tetrahydrocannabinol, or THC, and cannabidiol (CBD).

“Nowadays, Israel has various entities conducting research in the medical cannabis field, from top universities to private companies and even governmental institutes,” according to the report. “Teams are looking into the effects of cannabis in a wide range of areas, including cancer, PTSD, autism, epilepsy, Crohn’s disease and schizophrenia,” with a number of clinical trials underway.

In January 2019, the government approved the export of medical grade cannabis, expected to yield as much as $1 billion in revenues a year, though the final bureaucratic nod is still needed. It will hopefully come in the first quarter of 2020, once a new government is in place, said Eger.

In addition, pharma firms in Israel as well as health providers are all open to medical cannabis, and are involved in the research and regulatory processes.

“The idea is to take a deep look at where the advantages are and create partnerships,” said Eger.

The report lists some of the leading Israeli companies, startups and investors operating in the sector, as well as service providers, regulations and government incentives. The firms listed include Roots – Sustainable Agricultural Technologies, which enables temperature control to provide the cannabis plant with optimal conditions at every stage of cultivation; DryGair Energies Ltd., which does the same with humidity control; Seedo, which has created a fridge-like home lab to grow cannabis; and Syqe, which has developed a medical marijuana inhaler.

Still, the Israeli medical cannabis field has not been without its controversies. Medical pot firm Breath of Life in October shelved its much-touted initial public offering of shares on the Toronto Stock Exchange, awaiting better market conditions. Tikkun Olam, the first company to get a license from the Health Ministry to grow medical cannabis in Israel, lost its permit, reportedly based on a police recommendation.

In addition, a reform of the medical cannabis supply system in Israel has left patients facing an acute shortage, with some turning to the black market and addictive opioids to deal with their condition.

“These are growing pains,” said Eger. “It will take one or two years for the market to stabilize. This is just the beginning.” But, she added “there is a window of opportunity” of one or two years in which Israel can capitalize on its relative advantage in the field. “What doesn’t happen in this time, will be lost.”