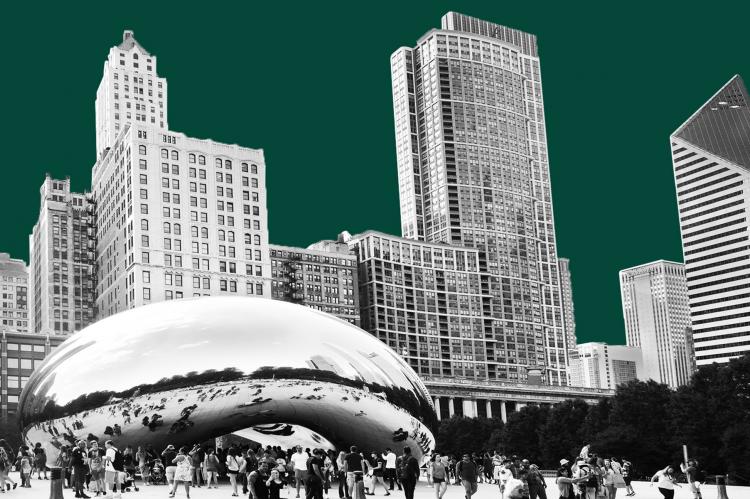 Just two months into adult-use legalization and Illinois dispensaries are selling more than a million dollars of legal cannabis—per day.

That number is based off revenue from steep taxes on legal sales. The state reported $10 million in cannabis tax revenue for the month of January, Gov. JB Pritzker’s office reported Feb. 24. The report shows how legalization is off to a roaring start in the Land of Lincoln.

Robust marijuana sales started Jan. 1, 2020 to tens of thousands of state residents and tourists who braved freezing pre-dawn temperatures and hours-long lines to smoke a piece of state history.

Long lines continued for days as flowers and vapes supplies quickly ran low. Some stores closed to recreational consumers, but kept serving medical patients. The result? Over $39 million in taxed, tested cannabis transactions; instead of street sales. Those sales generated $7.3 million in cannabis tax revenue, plus $3.1 million in retail sales tax revenue for the month of January.

After taxes pay for regulators, the revenue goes to communities impacted by the war on drugs, as well as anti-drug programs, and mental health programs. Illinois built on the work from 10 prior legalization states, said Toi Hutchinson, senior advisor to Governor Pritzker for cannabis control.

“Today marks another milestone in the successful launch of Illinois’ legal cannabis industry. Our goal has been to build the nation’s most socially equitable program that includes new opportunities for the communities most harmed by the failed war on drugs. Revenue raised in this first month will soon begin flowing back into those communities to begin repairing the damage done by the failed policies of the past and creating new opportunities for those who have been left behind for far too long,” said Hutchinson.

Gov. Pritzker expects legal cannabis to generate at least $28 million in taxes through June 30, which is the end of the state’s fiscal year. By June 2021, that total will skyrocket 453% to $127 million for the fiscal year 2021.

Cannabis Cultivation Privilege Tax of 0.7% of the gross receipts from the sale of cannabis by a cultivator or a craft grower to a dispensing organization.

Minus administrative costs, the remaining state revenue will be allocated as follows:

Eleven US states have adult-use legalization, and a handful more could vote on legalization in the 2020 general election Nov. 3.