How Vertical Integration Is Ruining Medical Cannabis In Florida 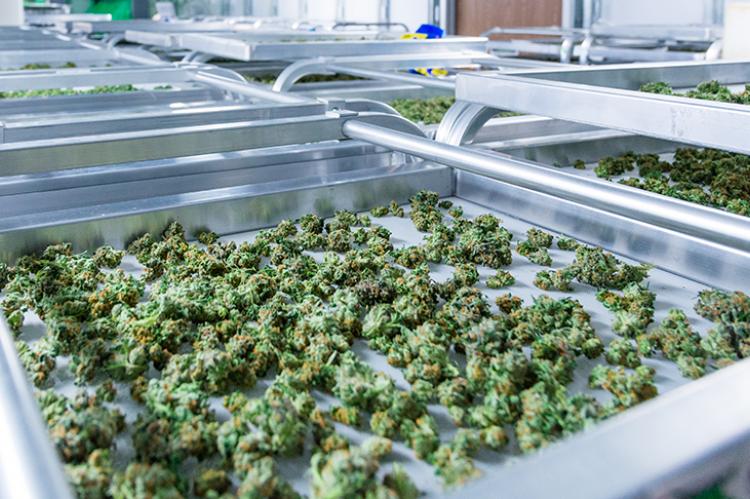 Florida’s medical cannabis marketplace is based on the vertical integration of participating companies; this can be good for regulators and tax dollars, but very bad for patients and consumers.

Florida is a fully vertically integrated state, and this has had some pretty massive impact on the way the legal cannabis market has grown in the state. Here in the Sunshine State the powers that be have implemented a system in which all cannabis companies are their own grower, processor, and distribution channels under one corporate entity with zero allowance for cooperation or subcontracting outside of some very special cases of outside products being licensed for production with one of the currently licensed Medical Marijuana Treatment centers (MMTC, Florida’s term for these vertical cannabis companies).

Evidence of the system’s shortcomings can be found in a number of places and has permeated every corner of the “green rush” here.

The first place to look for a clue as to the effects of a government-forced cartel system is in the market itself, based on the numbers available from the Florida Office of Medical Marijuana Use. The numbers tell us two different stories: one of a stifled market with little incentive for innovation or growth, and one of an industry held back by regulations.

When looking at the effects vertical integration has had on the market itself, the most glaring thing is the limited number of licenses. Florida started with only eight licenses, then approved four more, then another four, and eventually culminating in the 22 currently licensed operators. Of those 22, only 13 are currently producing and dispensing products. This is nearly four years after 71.3% of Floridians voted for Amendment 2, legalizing medical cannabis here in the Sunshine State. This is fewer license operators than states significantly smaller, and newer to the legal market. Vertical Integration has created a government-regulated monopoly virtually free from competition, entrepreneurship, and many of the jobs and opportunities normally associated with a growing industry.

Brian Vincente of Vincente Sederberg LLC said in an interview for Cannabis Business Times, “By mandating that anyone that’s allowed to do either of those activities needs to own both, you’re basically limiting yourself to rich people that can enter the market. I think that’s a negative thing in terms of promoting economic and racial diversity in this new industry.” The point was further evidenced with the original licensure requirement of 30 years in business as a commercial nursery, which has since been ruled unconstitutional.

The second major effect that can be seen from these numbers is the lack of product availability and the slow rollout of normally available delivery methods. Florida started with only CBD available. When dispensaries first began opening a few months later they could only sell CBD over the counter and had to sell THC by delivery only. For the first three years of legalization, Floridians were only allowed concentrates and tinctures. It took a lawsuit from Cathy Jordan to get Floridians the right to use whole flower cannabis, which also led to a near doubling of the market.

In case it didn’t jump out immediately, yes that said Florida was legal for three years before whole flower medication was available, and further cements the first downside by being the largest and most blatant constraint on the industry. The industry was effectively kept at 50% of its capacity for the first three years.

Florida still doesn’t have edibles and even faced a push this year by state legislator Gayle Harrell to cap cannabis products at 10% total THC.

Outside of the numbers available for Florida specifically, the effects of vertical integration can be seen across the industry in nearly every state. Cannabis titan MedMen has been one of the most successful marijuana firms to date, pushing the vertical integration model for the last several years. In the last 18 months though, they have been among the hardest hit by a trend of market corrections, culminating in Interim CEO Ryan Lissack telling CNN that, “While vertical integration has been a big focus in the industry, our growing belief is that cannabis is evolving like every other consumer vertical: with a fragmented value chain and specialists at each layer.”

As other states are legalizing cannabis for medical and adult-use purposes across the country, Florida is still dragging its feet on things that should be a given when discussing medical marijuana. As the major players nationally, and internationally, are moving away from the large mega-corporations and vertical operations, Floridians are still stuck with limited product options from a state-mandated oligopoly. While there is nothing wrong with successful businesses diversifying into other segments of the supply chain, the evidence suggests that forcing this model onto the industry at large creates a stifled industry that lacks competition, small businesses, and the need for innovation. Specialization is the future, and it’s currently the one thing Florida lacks.