How Legalizing Cannabis Can Bring Back the Right Kind of Tourism 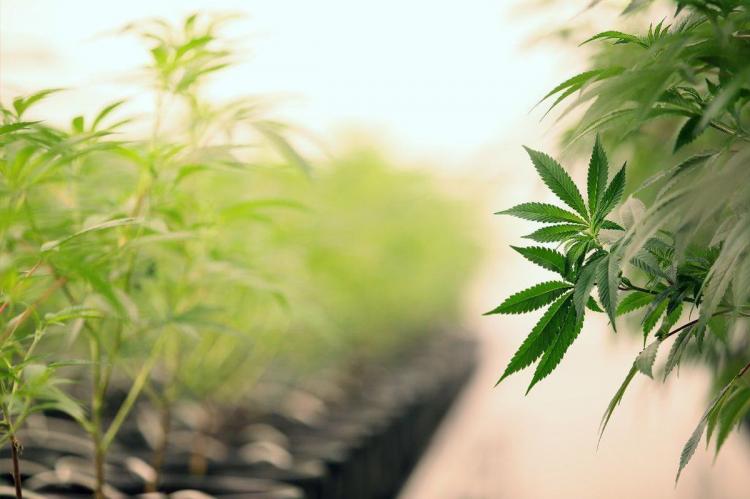 The early film star, Mae West, said, "Too much of a good thing can be wonderful." Obviously, she wasn't talking about tourism. Before the pandemic, many of Europe's major cities were choking on crowds. Venice probably had the worst of it, with gigantic cruise ships sailing up the Grand Canal disgorging thousands of tourists all at once into the narrow already overcrowded sidewalks. And Barcelona's La Rambla had become crushed that they had to ban tour groups from the Mercado.

Decades ago, when I first went to Amsterdam, it was still somewhere between seedy and raunchy, two of my favorite things, but there were no lines in the coffeeshops or the museums. Last year, the sidewalks were jammed and locals were complaining about noisy crowds late in the evening, especially around the so-called "Red Light District", which is actually the oldest part of the City. Of course, alcohol (AKA drunk Brits) was a major part of the problem.

Of course, this is a problem all over the world, or rather... it was a problem. The hospitality industry has been devastated by the pandemic. The old problem was labeled "Overtourism", but the problem now is trying to figure out how to get people to come back, not too many, but just enough. If Goldilocks was the Minister of Tourism...

It won't be easy. Last year Amsterdam, a city of 850,000 had 19 million tourists. Fortunately, Amsterdam is also a major business center, unlike Venice and many other tourist centers. Nonetheless, there has been a huge investment in tourism infrastructure, upscale hotels, and restaurants, but also in individually owned AirBnB apartments. Losing tourists will be devastating to the owners.

Barcelona is still a very important Spanish business center. However, the leftist Catalan politicians have driven many firms to move at least part of their management to Madrid, or to Valencia, the marvelous city 350 km or 220 miles south, and that has made Barcelona even more dependent on tourism.

Barcelona has a population of around 1.6 million people but gets only half the number of tourists as Amsterdam, which has worse weather but a better location.

In fact, of all the major economies, Spain is the second most impacted by the drop in tourism, (14.3% of the economy, second only to Mexico 15.5% of the economy).

Spain may have seen the worst of it, but Mexico is in still horrible shape.

Of course, Mexican tourism is mostly about sun, sand and cerveza for Americans, but it is hard to tell who is more afraid of whom right now.

Cannabis and Tourism in a post-pandemic world.

Obviously, we are not going back to the "Good Old Days", of the Grand Tour when traveling was only for the rich and a few "Bohemians". (Who weren't from Bohemia)

Until there is a vaccine and/or a really fast and effective treatment, the problem will be simply survival for the industry. Most of the upmarket hotels will probably have the financing and enough business travelers to survive, but everything else is at risk.

So, other than the rich and the business travelers, which tourists do they want back? As usual, there is some talk of banning foreign tourists from the Amsterdam coffeeshops, but as usual, reality gets in the way. "Research by the municipality of Amsterdam shows that about 23% of the tourists who come to Amsterdam will visit a coffee shop during their stay."

Most Dutch coffeeshops are really quite small and not suitable for "social distancing" so they were ordered closed when the pandemic hit Holland. However, they were quickly allowed to reopen for "takeout", because the Dutch long ago decided that they don't want cannabis sold on the streets with hard drugs. (They call it 'Separation of the Markets). Also, coffee shops are important for many medical users.

Also, there really are almost no social problems associated with coffee shops. Unlike bars, the police are almost never called to cannabis venues, and the typical cannabis users are no longer backpacking hippies. In fact, cannabis consumers may well be the ideal tourists. No noise or violence, but good customers for restaurants.

Meanwhile in Barcelona, what they call "Cannabis Social Clubs" seem to remain open to locals. Some of them are really spectacular. Catalan leftists allow them to operate in a legal gray area, perhaps simply to annoy the government in Madrid, which keeps it in the black market, losing badly needed investments in jobs and tax revenues. I think that has to change, and more and more of Spain has the "Clubs."

Happily, Mexico has already committed to ending marijuana prohibition, but it will be essential in bringing back Americans, who are getting accustomed to freedom in the Land of the Free. And we are all going to need it.