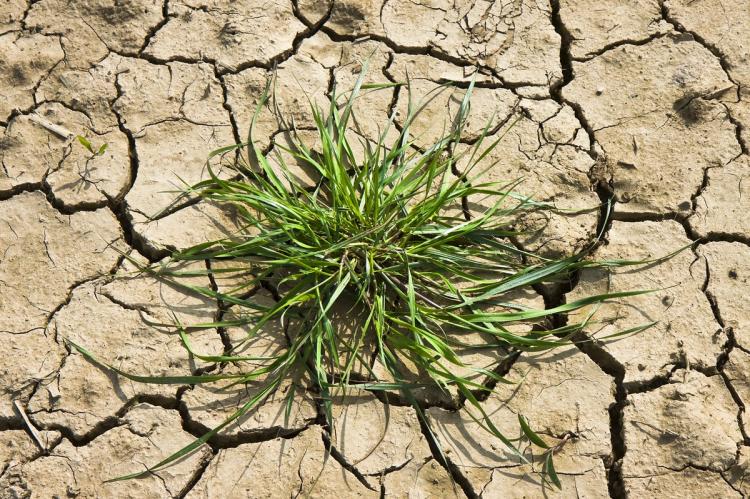 Hemp has the potential to grow big profits for farmers, but regulatory ambiguity and skittish banks seem to be creating major obstacles.

As the United States trade war with China hurts farmer’s ability to make a living from  traditional crop exports such as corn and soy, hemp seemed like it could serve as a domestic savior. New Frontier Data estimates hemp farms can yield up to $40,000 per acre and many farmers thought they had found a rare agricultural lifeline in one of the most difficult industries to thrive in.

The Agricultural Improvement Act of 2018 (farm bill) was supposed to have finally provided the fertile legal ground needed for farmers to capitalize on hemp. Mark Rozmarynoski and Rebecca Sarazin learned the road to profiting off of hemp is much windier and tricky to navigate than many initially thought. Rozmaryoski’s family used to operate a dairy farm but struggled with mounting debt. He and Sarazin worked other jobs to make ends meet but were still unable to earn enough to keep the farm afloat. The Wisconsin couple left their jobs and started a hemp farm under the state’s pilot program. They set up business accounts with Wells Fargo where Rozmaryoski had been banking for some time.

After operating the hemp farm for eight months, Rozmaryoski and Sarazin received a letter indicating Wells Fargo would no longer do business with them.

“We had it all set,” Sarazin told New Food Economy. “They were our trusted financial institution, and then, suddenly, they’re not.”

There is bi-partisan support for establishment of a clear set of hemp and CBD regulations. U.S. Senators Mitch McConnell and Ron Wyden have reached out to several federal agencies seeking clarification on financial guidelines for the hemp and CBD industry. So far, the responses have been slow to come in. This week, McConnell discussed getting hemp and CBD regulations finalized with Dr. Steven Hahn, nominee for commissioner of the Food and Drug Administration.

Even if guidelines start to emerge soon, as expected, implementation will take some time, perhaps as long as a year, which could equate to further uncertainty and farmers operating without access to financial services.

Rozmaryoski is licensed by Wisconsin to grow hemp so the Wells Fargo letter caught the couple off guard.

“We had to scramble, and our cash was getting very low, because as a farmer, we don’t make any money until we sell something,” Rozmaryoski said. They have quite a bit of product they are still waiting to sell.

New Food Economy highlighted several other instances of farmers being dropped by banks and insurance companies. Unfortunately, the situation for small farmers may not be a matter of waiting out the bureaucratic storm. Potential lucrative profits are available now, though this may not be the case in the near future. As always, in any pioneering industry, there is a fear of larger operations swooping in and driving prices down to the point where small farmers will be unable to earn margins large enough to eke out a living.

Ben and Taryn Marcus own and operate a 56-acre farm and general store in Whitefield, Maine. They’ve spent almost a decade growing strawberries, apples, and vegetables. The couple made the decision to transition into the hemp industry after the 2018 farm bill was passed.

“We added hemp because it was an opportunity. It looked right, and it fit into our crop rotation,” Ben Marcus said. His land was already set up to start growing hemp. “I had high hopes this was going to be a great crop for a small, organic farm.”

Things were moving along well until the Marcus farm’s commercial property insurer, Acadia Insurance, dropped their policy. Now, until the regulatory landscape changes, hemp may not be viable for the Marcus family.