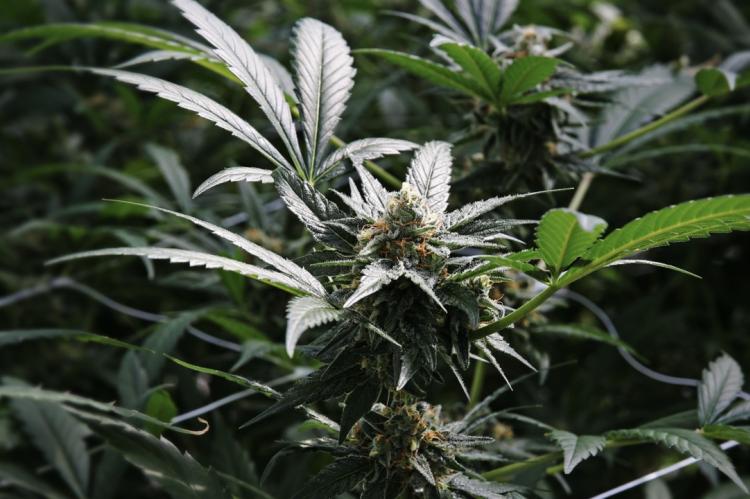 Veterans are pushing back against a proposal backed by Florida House leaders that would limit the amount of THC in medical marijuana, an effort they say is not based on science and could be harmful to veterans with post-traumatic stress disorder.

House Speaker José Oliva has called the proposed 10% cap on THC, the euphoria-inducing component in cannabis, a priority, but Senate leaders have remained skeptical about the need for such a limit.

Smokable cannabis now being sold by the state’s medical marijuana treatment centers has potency of as high as 30%.

Sen. Jeff Brandes, a St. Petersburg Republican who served in Iraq and who has long been an advocate of medical marijuana, warned Tuesday that capping THC levels would make life worse for many veterans already struggling to cope.

“Limiting THC would reduce the amount of medical effectiveness of cannabis and would cause many veterans to rely on unsafe, untested options, including moving to the illicit market to manage their needs,” Brandes told reporters at a news conference in the Capitol.

Veterans, especially those with post-traumatic stress disorder, or PTSD, have had “amazing results” substituting cannabis for addictive opiates, according to Kirk O’Connell, a Tampa physician who is a member of the Veterans Cannabis Project and who joined Brandes and others at the news conference.

A constitutional amendment, approved by more than 71% of Florida voters in 2016, legalized medical marijuana as a treatment for a broad swath of conditions, including PTSD.

According to a draft report submitted to the state Board of Medicine in September, PTSD accounted for roughly 26% of medical marijuana patient certifications last year. Chronic non-malignant pain was the No. 1 qualifying condition, accounting for nearly 34% of diagnoses in the draft report. Certifications for “medical conditions of the same kind or class” were tied with PTSD.

Cannabis is an especially beneficial treatment for veterans with PTSD, who are at high risk of suicide, O’Connell said.

House leaders have viewed medical marijuana skeptically since lawmakers first authorized low-THC cannabis for a small number of patients in 2014 and have grudgingly gone along with the voter-approved legalization of full-strength cannabis.

But House Health & Human Services Chairman Ray Rodrigues, who has shepherded the chamber’s marijuana proposals for years, and other House leaders have relied on research they say supports the need to limit cannabis potency.

Rodrigues, R-Estero, last year pushed a measure that would have capped THC in smokable marijuana at 10%, pointing to research that includes a controversial study published in the medical journal The Lancet that linked smoking of high-THC marijuana — 10% or higher — with psychosis.

Oliva, R-Miami Lakes, this month reiterated support for a cap.

“I think it’s important that we pass it. We’re seeing different strains. Now in Europe, there are strains that are 100 times stronger,” Oliva said. “And we’re starting to learn that this has some schizophrenia-type results, and especially in young developing brains. And so it is, in fact, a priority for us.”

“None of my patients that have used strains of flower [cannabis] with THC percentages above 10 have had any notable adverse reactions, only benefit,” he said.

With less than three weeks left in the legislative session that ends March 13, the House and Senate have not introduced or considered a THC, tetrahydrocannabinol, cap. But it is not unusual for high-priority issues to become part of the horse-trading between House and Senate leaders in the waning days — or hours — of the session.

When asked about caps Tuesday afternoon, Rodrigues said the House and Senate are “still in negotiations” on the issue.

But Brandes said the Senate should “hold the line.”

“Anyone who’s spent any time in the military knows what that means,” he said.

Henry Cobbs, a 78-year-old Sandestin resident, said he has been using low-THC cannabis to treat prostate cancer since 2016. He believes the cannabis protocol has kept his cancer in remission.

Cobbs said he was forced out of his job as dean of the U.S. Air Force Special Operations School at Hurlburt Field after he was overheard telling a colleague about the benefits of using cannabis to treat cancer.

“We are allowing bureaucratic and political decision-making to get between the doctor and patient relationship, which makes absolutely no sense,” Cobbs, who served for 22 years before retiring and going to work at the Air Force base, said at the news conference.