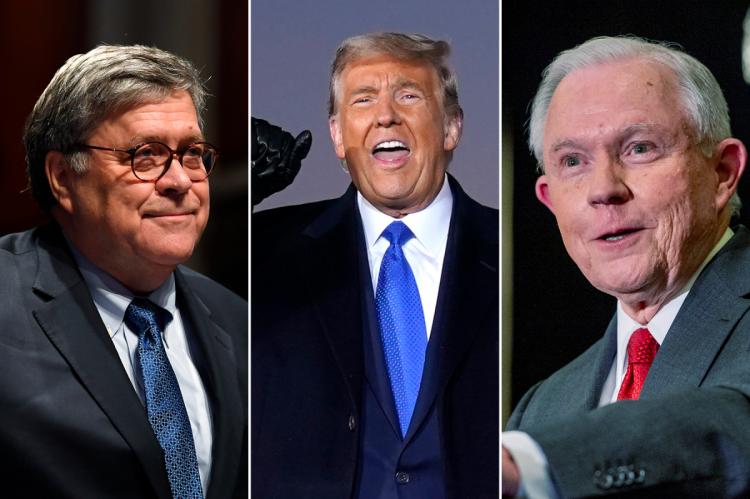 When it comes to cannabis, it’s hard to say just what a Trump presidency has meant to the industry. It’s not as clear-cut as his record on, say, immigration, LGBTQ rights, the environment, or public health. But one thing is certain: As president, he’s made it pretty damn hard for those in the cannabis industry to thrive.

When Trump entered office, the cannabis industry was on the rise. Under Obama, there had been a shift in the climate — not just in popular opinion (as of 2016, 57 percent of Americans supported legalization) but also through some of his policies. Though cannabis remained on the DEA’s list of Schedule I drugs (codifying its criminality on a federal level) Obama’s justice department had issued the Cole Memo in 2013. That guidance stated that federal marijuana laws would not be prosecuted in states that allowed for cannabis operations, both medical and recreational. States began to relax; investors started to get curious. Markets in Colorado, Oregon, and Washington grew exponentially. The day Trump was elected president, California, Maine, Massachusetts, and Nevada all voted to legalize adult-use marijuana. “The Cole Memo signaled to the cannabis industry that as long as you’re complying with the local laws, state laws, you’re good,” says Maritza Perez, director of national affairs for Drug Policy Action, the campaign arm of the Drug Policy Alliance. “Which is significant considering that marijuana remains a schedule one drug.”

Then came Trump. His pick for attorney general, Jeff Sessions, was a longtime drug warrior, and promptly rescinded the Cole Memo. During his campaign, the disconnect between Trump’s anti-drug stance and his seeming embrace for states’ rights left some wondering what would happen — and many took this as their answer. It turned out that it didn’t change law enforcement policy in practice. However, it did set a tone.

“It was a big moment, in theory, because it showed that the Department of Justice was going to take a hardline approach to state-regulated markets,” says Natalie Papillion, director and policy advisor for Last Prisoner Project, a nonprofit that works with business leaders to establish restorative justice measures in legislation and within the industry. “Now, in practice, we haven’t seen that come to fruition.” But one thing was made clear to the U.S. industry: Trump’s administration would be no friend to legalized marijuana.

“I think the intention of it is just to have a chilling effect,” says Perez. “And I think it did.” Since Sessions’ resignation, Bill Barr seems to have only ramped up the hostility. Earlier this year, a whistleblower alleged that Barr’s DOJ had put cannabis companies through unnecessary and arduous antitrust investigations.

And his Trump’s other appointees have been no more receptive — across his cabinet, he’s appointed people who are unfriendly to cannabis. In March, Secretary of Treasury Steve Mnuchin refused to tell his staff to stop penalizing banks that worked with state-legal cannabis companies, saying he would leave it to Congress to sort it out. Then, just last month, Business Insider spoke with industry professionals who claimed the IRS was auditing more and more cannabis companies using section 280E, a Regan-era part of the tax code that restricts companies doing business that is federally illegal (i.e., cannabis) from writing off most standard business expenses. (This has been one of the hurdles for marijuana businesses hoping to make any profit at all.)

The Department of Veterans Affairs has also been slow to adjust to the growing positive sentiment toward cannabis. Though studies have indicated that weed can be a helpful therapy for PTSD, VA physicians are not permitted to recommend it to patients, nor are they allowed to help them obtain recommendations elsewhere. The VA has clarified that use of medical marijuana will not result in being stripped of their benefits, the ambivalence has made some vets nervous. “Were the Trump administration to be more progressive on it, that would also pave the way for veterans usage of medicinal marijuana with less fear of negative repercussions,” says Papillion. “Another thing that can be done on the executive level is policies that allow the VA to conduct research on the efficacy of medicinal [cannabis], as well as other sorts of controlled substances.”

The Department of Homeland Security has also been particularly hostile to those who use marijuana, or work in the industry. After Canada legalized adult-use cannabis in 2018, reports began to pour down from the northern border of entrepreneurs and investors involved with the legal cannabis trade being blocked from entering the country by Customs and Border Control. In 2019, U.S. Citizenship and Immigration Services, an agency under DHS, publicly clarified that people who partake in legal U.S. cannabis — both medical and recreational — could disqualify them from emigrating. “Under the Trump administration, they’ve put out guidance saying if you are found using or possessing cannabis — or even if you work at a business that is legal under their state — that would be grounds to deny citizenship,” says Sarah Gertzen, executive director and general council for the Last Prisoner Project.

There is more at stake, however, than just an industry being hindered: Increasingly, conversations in the legalization movement have focused on the need for decriminalization, to prevent current arrests, and mass expungement to clear the records of those who’ve been convicted in the past. (Trump, it must be said, has been terrible on clemency, the executive power that’s the equivalent of expungement: Obama had set up a program that re-sentenced 1,700 low-level offenders using contemporary guidelines. Trump did not continue this program. Only two people convicted on drug-related charges have received a pardon from Trump, while one has received a commutation.)

According to an annual report released by the FBI in early October, there were 545,602 marijuana arrests in 2019. Though this number is lower than 2018, as NORML points out, it’s still higher than violent crime. “Police across America make a marijuana-related arrest every 58 seconds,” Erik Altieri, executive director of NORML, said at the time. “It is an outrage that many police departments across the country continue to waste tax dollars and limited law enforcement resources on arresting otherwise law-abiding citizens for simple marijuana possession.”

Trump himself has claimed to be a social justice president, he has so far offered minimal clemency to victims of the drug war; during his entire time in office, he has only pardoned two people arrested for cannabis crimes.

While the executive branch would be a place to set a more positive tone, legalization will probably ultimately happen when a critical mass of states opt-in to adult-use legislation, so that congress will be forced to act. The MORE Act — a bill that would open up the banking industry by federally decriminalizing it, and set out methods for mass expungement — is expected to pass the House later this November. What happens when it goes to the Senate, however, is anyone’s guess. “The interesting thing is that there is bipartisan support when you speak to voters,” says Perez. “It’s just Congress that’s really out of touch.”