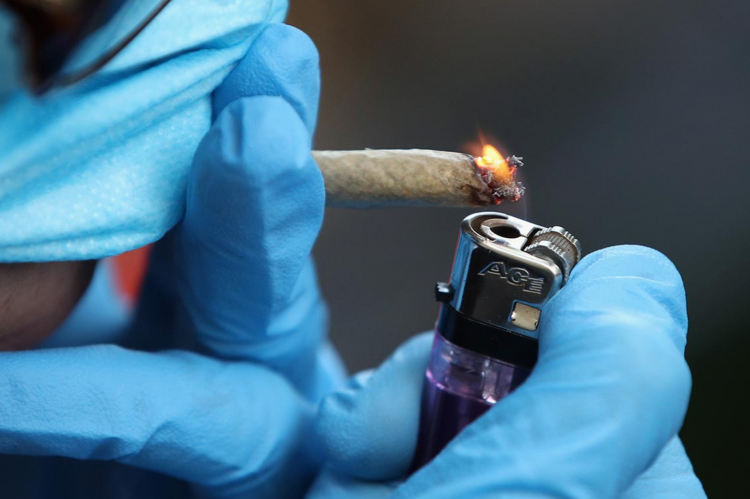 Politics and impeachment already had slowed things down.

Rep. Earl Blumenauer's (D-Ore.) road map for the current Congress ended in full legalization by the end of 2019.

But instead of a complete overhaul of the nation's cannabis laws in the 116th Congress, one chamber passed one cannabis bill on one issue. Impeachment killed the remaining momentum, and the coronavirus then changed the course entirely, torching the chances of any standalone cannabis legislation passing Congress this year.

The only remaining hope for the blueprint lies in attaching provisions to must-pass coronavirus aid or appropriations bills.

"It's gonna be a very difficult prospect," said Rep. Lou Correa (D-Calif.). "It is going to be very difficult to get direct aid for the cannabis industry."

The outcome is stark given this was considered the most pro-cannabis Congress ever. Broad legalization may have been a dream given the Senate's makeup, but it seemed possible that Congress could pass some laws that would bridge the gap between federal law and states that have legalized cannabis for adult use.

The Senate hasn't budged on a cannabis banking bill the House passed last September. Veterans research legislation languished in the House Veterans' Affairs Committee for a year. Senate Majority Leader Mitch McConnell is a major roadblock for most — if not all — cannabis legislation, but the House has sent him only one bill.

Lawmakers and advocates are saying this Congress laid a strong foundation for the next to build on, but it may be time to write off cannabis legislation for the time being.

"I think between coronavirus and election season, we are in the bottom of the ninth," said Don Murphy, Marijuana Policy Project’s director of federal policies and a former Republican state lawmaker. "We do not have a whole lot of time for the other stuff."

Legislation that would give cannabis businesses access to banking stands the best chance of hitching a ride on a larger coronavirus package. The House included cannabis banking language in its latest $3 trillion relief package, but that bill has been dismissed by the GOP-controlled Senate as a nonstarter.

The coronavirus also has given new life to another proposal that didn’t get much attention before the pandemic: making cannabis businesses eligible for Small Business Administration loans and grants. But that proposal wasn’t included in the latest House bill, which likely dooms its chances.

Legislation that would essentially legalize marijuana was never really on the table to begin with, according to a Democratic House staffer with close knowledge of cannabis policy.

The MORE Act would remove the federal prohibition on marijuana, erase marijuana-related criminal records and create grant programs to help communities disproportionately affected by the war on drugs. It moved out of the House Judiciary Committee in November. Legalization advocates initially hoped the proposal would get a House floor vote this year. The STATES Act — which would allow states to set marijuana policies without fear of federal punishment — was seen as a more likely vehicle for comprehensive reform in the Senate.

But the MORE Act has to move through six more committees. Justin Strekal, political director at the National Organization for the Reform of Marijuana Laws, said he continues to talk with House committees about waiving jurisdiction — as the House Small Business Committee did earlier this year — in an effort to speed a floor vote. Waiving jurisdiction also is a show of support for legalization and would build a stronger platform for next year.

Prospects for either bill now look grim, said Garth Van Meter, vice president of government affairs at Smart Approaches to Marijuana, which supports research and decriminalization of marijuana but not legalization.

“I don't know how many people have the bandwidth to do this while ... coronavirus is top of mind,” said Van Meter.

The banking bill has the best chance of being enacted through a future coronavirus relief package, since it was included in the latest House proposal. Worries about handling cash during the pandemic are helping it gain new traction. If passed, dispensaries could switch to online ordering and cashless pickup.

“We were always thinking, ‘Okay, it'll move [in the Senate] sometime in the summer or early fall,’” said Rep. Ed Perlmutter (D-Colo.), the bill‘s lead sponsor. “But this is an opportunity because of the public health, because of the safety [concerns] and because of the jobs … and we're pushing hard on it.”

But the Senate is an obstacle. The Republican-controlled chamber largely has been hostile to marijuana legislation. Last year, for example, it renewed a rider banning a recreational market in D.C. in the 2020 appropriations package.

“I think it's sure to die in the Senate,” Correa said. “Mr. McConnell has said, in many words and many ways, ‘I'm not interested in moving any legislation of this sort forward.”

House members and lobbyists working closely on cannabis legislation said that Sen. Cory Gardner (R-Colo.) and Senate Banking Chairman Mike Crapo (R-Idaho) have discussed including cannabis banking in the next coronavirus bill. But Gardner has been quiet on cannabis issues recently, noticeably absent from a Senate letter asking for cannabis industry access to SBA funding, and omitting the industry in his own request for SBA changes. Crapo and Gardner’s offices did not respond to requests for comment for this story.

Colorado Republican Rep. Ken Buck did not vote for the banking bill in the House, but said he would vote for Crapo’s version because it adds protections against money laundering.

“I think it may very well be included [in the coronavirus bill],” Buck said.

But even with the help of Gardner and Crapo, the legislation would need to go through McConnell.

“We all know [McConnell is] not going to support cannabis legislation publicly; whether or not he would allow it to pass remains to be seen,” said Melissa Kuipers Blake of Brownstein Hyatt Farber Schreck, which lobbies for the Cannabis Trade Federation. “He obviously cares a lot about the hemp farmers in Kentucky, who have yet to get clarity on banking.”

Some lobbyists say the hemp argument was weakened by Treasury guidance in December — though it’s not clear that it resolved all of the industry’s concerns — and doubt its ability to sway McConnell.

A new way in: SBA funding

In the midst of the coronavirus, Rep. Nydia Velázquez’s (D-N.Y.) proposal to make the marijuana industry eligible for SBA funding has gone from practically dead to being a focal point of the cannabis legislation conversation. Marijuana companies can’t access SBA funds because the federal government considers their work illegal. Advocates and lawmakers are pushing to have language from Velázquez’s bill incorporated into coronavirus legislation.

The odds are slim: It has not even passed out of committee, and it failed to make the cut in the latest House package. The push for it, though, is strong — more than 40 members of the House and Senate have called for its inclusion.

Legislation expanding cannabis research has support even from staunchly anti-cannabis lawmakers including Rep. Andy Harris (R-Md.). But there’s been little urgency or lobbying muscle behind it.

The House Veterans' Affairs Committee voted in favor of two cannabis research bills on March 13, with bipartisan support. Sen. Dan Sullivan (R-Alaska) has spoken up for veterans medical research in the Senate Veterans' Affairs Committee, but no hearings have been scheduled. The DEA has since issued proposed rules for cannabis research, though, which could spur Congress to act.

It all hinges, though, on when Congress goes back to working on non-coronavirus legislation.

“I think time's running out, given that it's an election year,” Buck said.

“I will look anybody in the eye — even on a Zoom call — and make clear that this is ... remarkable progress,” said Blumenauer, who has been working on this issue for decades and co-founded the Congressional Cannabis Caucus in 2017. He calls 2019 “the most single powerful, successful year we've ever had with this issue.”

Pro-marijuana lawmakers and lobbyists say it’s important that so many pieces of cannabis legislation made it further than ever before in this Congress. The SAFE Banking Act was the first standalone marijuana bill to pass the House. The House Judiciary Committee voted to advance a bill that would remove cannabis from the Controlled Substances Act entirely. And the House Energy and Commerce Committee held its first-ever cannabis hearing this year.

Blumenauer and many advocates argue that the essential designation the cannabis industry was given in many legal states during the coronavirus shutdown gives it added clout. In addition, they believe a search for new revenue streams will push more states to legalize in the post-coronavirus world, increasing the coalition of lawmakers pushing for cannabis.