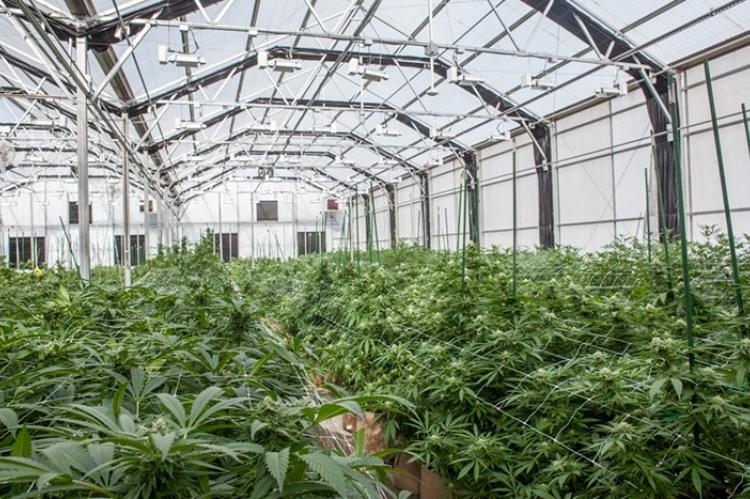 Legal marijuana could become less of a strain on Colorado's environment if the pot industry embraces a new set of waste removal and packaging rules — but not without a three-way tug-of-war between saving money, preventing black-market sales and encouraging environmental sustainability.

Leftover marijuana plant matter isn't your typical twigs and leaves. Because of the plant's intoxicating properties, commercial growing operations in Colorado can't just throw stems and unusable flower in an alley dumpster as if they were backyard tree trimmings. Marijuana production facilities must record every step of a marijuana plant's life in the state's seed-to-sale (and apparently post-sale) tracking system, including how all of the unused plant matter and product is mixed with such materials as sawdust, mature compost, bleach, coffee grounds, sand, glass or shredded paper — as long as the marijuana-to-waste ratio is 50/50.

But this mix doesn't just kill composting capabilities, according to the state Department of Public Health and Environment; it doubles the waste that marijuana businesses send to the city dump, landfills and pick-up services. In 2019, CDPHE data notes, 3,650 tons (7.3 million pounds) of marijuana plant waste was produced by the state's pot industry, with that number increased to 7,300 tons in order to meet the 50/50 requirement.

Bills that successfully passed the Colorado Legislature in 2018 and 2019 give the state Marijuana Enforcement Division the right to create recycling programs for fibrous and packaging waste in the pot industry, but the MED has found that a majority of marijuana businesses aren't taking advantage of the new rules. So on August 11,  the department held a stakeholder meeting of pot-industry members and state officials to discuss ways to increase participation.

"How can we dispose of plant waste in a more sustainable way while maintaining the original MED intent of safety and compliance without criminal-market diversion?" CDPHE small-business consultant Kaitlin Urso asked during the meeting. "I know that there are a lot of security requirements already in place at these facilities, and dumpsters are required to be locked. But could we come up with more secure protocols, pick-ups and manifests to ensure compliance and security?"

Urso, who led a study on the carbon impact of urban marijuana cultivations, brought up the California approach, which allows marijuana manufacturers to dispose of their cannabis waste without diluting it with other trash and, in some cases, reuse and recycle their leftovers. However, Colorado regulators and law enforcement authorities want to ensure that marijuana waste won't be at risk of theft or reuse for black-market purposes, so she suggested that the state consider lowering the waste ratio from 50 percent to 30, 20 or even just 10 percent.

According to Urso, eliminating the 50/50 requirement would reduce around 122 metric tons of carbon dioxide from Colorado's air.

And some marijuana industry members suggested adding nothing to the marijuana mix, suggesting they're confident that they can dispose of their trash in a secure manner. "There are really no opportunities for diversion or public-health [impacts] that I've seen," said Brandon Rhea, production compliance manager for Native Roots dispensaries. "Something like being on camera, in a locked container — I think that's probably sufficient."

Several industry representatives suggested that composting old marijuana leaves and reusing plant matter for agricultural purposes was the best route toward sustainability, but MED licensing and policy director Dominique Mendiola said she believed that most true composting options "might not be implemented out of fears of non-compliance."

It's not just plant matter that is responsible for the marijuana industry's growing waste problem. Unique packaging and labeling regulations add layers of plastic and paper to the equation, as well as vaporizing cartridges for cannabis oil and childproof containers for infused products. Some dispensaries have dropboxes for recycling marijuana packages, but they can only recycle a small amount of the packaging sold out of their stores, and recycling companies require bulk amounts to pick up specific containers, presenting storage issues for dispensaries.

"Sometimes [there are] different layers of packaging that come into play because of the regulatory requirements," explained Ben Gelt, chair of the Cannabis Certification Council and Cannabis Sustainability Symposium. "Even just reducing some of the labeling would open up some pathways here."

Environmental sustainability will be revisited during the MED's rulemaking hearings later this month and in September, with new regulations expected toward the end of 2020.