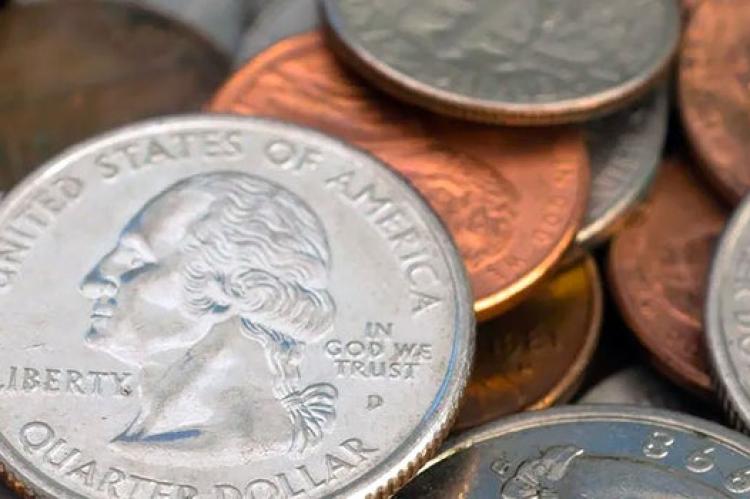 It will be quite some time before we understand the full impact of the COVID-19 pandemic. But history tells us one important thing: during times of crisis, how an industry is regulated often affects its ability to adapt and survive or even gain advantage.

Take payments and banking. While most brick-and-mortar retailers have been instituting contactless transactions to meet changing customer expectations and prevent the spread of the virus, cannabis dispensaries in the U.S. are still largely operating with cash only. They cannot accept major credit cards because marijuana is illegal under federal law. And now they’re facing a nationwide coin shortage.

With the coronavirus crippling economic activity in the U.S., the circulation of coins has dropped off significantly. Hardest hit has been restaurants, laundromats, convenience stores, arcades, and supermarket chains—businesses that rely on the flow of paper currency and need to make change. Yet unlike dispensaries, these businesses can more easily accept alternative forms of payments.

“We still can’t operate like other businesses, unfortunately,” says Jerry Millen, owner of the Greenhouse of Walled Lake, a fully licensed medical and recreational cannabis dispensary in Michigan.

“First we ran out of pennies,” Millen says of the coin shortage. “We didn’t want to gouge the patient or the customer, so we rounded [transactions] down, which didn’t cost us a whole lot. But then we started running out of quarters, and suddenly we started to feel an impact.”

Seeing the coin shortage affect his bottom line, Millen took note of how other local businesses were responding to the crisis. Some were simply encouraging customers to pay with exact change or with credit cards or debit cards, he says, while others were turning the crisis into a marketing opportunity. Why not Greenhouse of Walled Lake, too?

In late July, Millen launched a promotion called “Coins for Cannabis”: Customers that redeemed $100 or more in rolled coins—pennies, nickels, dimes, and quarters—in exchange for cash received a free premade joint. The gimmick paid off. As of late August, the Greenhouse of Walled Lake had collected almost $15,000 in coins, Millen says.

“I was shocked,” Millen says of the public’s reaction to the promotion.

Coins for Cannabis also proved successful at stimulating new business and creating brand awareness for the Greenhouse of Walled Lake. Sales for recreational cannabis have increased “four, five-fold” during the pandemic, Millen says.

Other dispensaries across the country have been navigating the coin shortage reasonably well. Aaron Varney, director at Dockside Cannabis in Seattle, said the crisis made day-to-day transactions more complicated for several weeks but has not severely impacted operations. One reason is that cannabis customers have become accustomed to a cash-payment experience, and the coin shortage is just another minor inconvenience, Varney says.

But, for Varney, the crisis has underscored the importance of having a reliable, tested, and affordable cashless option for payments.

Though Visa and MasterCard do not allow merchants to use their cards for cannabis purchases, alternative-payment options do exist for dispensaries. There are cashless ATMs; payments via ACH (Automated Clearing House), the network used in the U.S. for electronic payments and money transfers; virtual currencies; and a range of startup wallet apps. And still, many dispensaries remain cash-only as they evaluate different mobile-payment and merchant terminal software options.

“It really comes down to being tired of being in the ‘beta test’ phase of every startup with a hot idea,” Varney says of not opting for one of the tech-centric cashless options. “The learning curve comes at our expense.”

Millen echoed those sentiments, saying he’s concerned about payment-processing startups “disappearing with dispensaries’ money” if the venture fails. Then there are state-by-state regulations to worry about.

“With compliance challenges, you have to be careful with payments especially,” says David Belsky, CEO and founder of Flowerhire, a recruitment and staffing agency in the cannabis space. “There are various differences in different states in terms of what you can do and what services are available in those states.”

The cash-only problem is one felt across the supply chain.

Jill Ellsworth, founder and CEO of Denver, Colo.-based Willow Industries, which cleans and purifies flower and trim, says many of her cultivator clients can only pay their invoices in cash, which presents a security and liability issue for her company.

“That’s become very cumbersome for us,” Ellsworth says. “Here we are operating a legal business. And we have to figure out: We have a bunch of cash; what do we do with it?”

Coin shortage or not, broader banking and financial reforms are needed to level the playing field and ensure long-term stability and profitability, says Belsky.

For example, while most businesses can deduct any number of expenses when preparing their tax returns—salaries, rent, equipment, etc.—cannabis companies can only deduct expenses directly related to earning a profit, or the cost of goods sold (COGS), Internal Revenue Code 280E.

Without the restrictions of 280E, Belsky notes, “the margins suddenly are much better.”