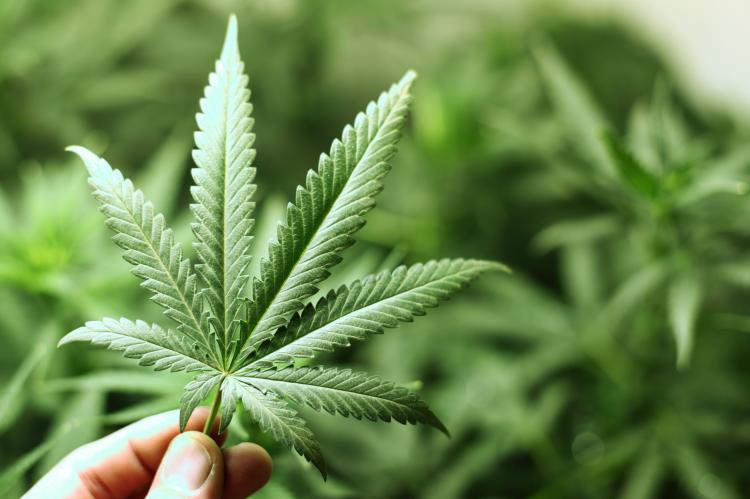 No matter how we define it, the last twelve months have been a challenging year.

Naturally, weather plays a significant role in cultivating outdoor crops of any variety. Since the beginning of time, farmers have paced the floor during significant weather events, praying for as little damage as possible. However, this year, significant weather disasters have caused massive losses to farmers all across the nation, prompting experts to sound the alarm on climate change.

In October 2019, a catastrophic hailstorm and early freeze in Colorado caused Los Suenos, one the most extensive outdoor cannabis farms in Colorado, to lose 20,000 mature, ready to harvest cannabis plants. Today, we can look at that weather event as just the start of the troubling year for crop farmers.

In August, Iowa felt the impact as corn and soybean operations were crushed when an unprecedented derecho moved across the state, leveling nearly 43 percent of the state’s crops. The USDA reported that 57 counties in the state, and 8.2 million acres of corn and 5.6 million acres of soybeans that were impacted by the storm.

And then there was Laura. Hurricane Laura moved through Louisiana and the south in August, leaving a wake of destruction in her path. In a recent article in Hemp Benchmarks, Lester Cannon – Director of the Seed Programs Division at the Louisiana Department of Agriculture & Forestry and the state’s Hemp Program Director, stated, “The hemp crop in southwest Louisiana took a tremendous hit. We have significant wind and water damage to growing structures and field crops, both resulting in crop losses.”

From the same event, Arkansas producers are also concerned about the impact of the high winds on the THC levels of hemp crops. With 40-50 mile an hour sustained winds, farmers are concerned the additional stress may increase THC production and render the crops too hot to harvest.

To the Southeast, Florida farmers have their own struggles as hurricane season ramps up for the state. Potentially, Florida growers can expect “millions of dollars of uninsured losses because Florida is not one of the 21 states eligible for the federal government’s new hemp crop insurance program,” according to a report by Bay News 9.

On the West coast, there are currently 25 fires that have consumed more than 100,000 acres, each running through California, Washington, Oregon, Arizona, and Colorado. An article from Marijuana Business Daily said several cannabis farms across Oregon are gone, and many more are being threatened. In a heartbreaking interview, one grower said, “Many farms are completely destroyed. A lot of our friends have lost everything down there.” He continued, “We’re all evacuated. My brother and I are going to take some vans to try to go to the farm tonight or early tomorrow to salvage the genetics we’ve been working on for five years.”

An article from the Oregonian surmises that 1 in 5 marijuana businesses are under evacuation notice. Unfortunately, evacuations don’t include licensed marijuana plants. Growers in these areas must note that these plants cannot be moved to another, unlicensed facility, regardless of evacuation orders. Additionally, products cannot be moved back into the operation until inspections and security measures are restored, according to a recent post on The Canna Law Blog.

Essentially, this means Oregon’s cannabis industry could be crippled for months as businesses make the painstaking effort to rebuild.

Besides losing multiple hemp fields to the fires in California, Oregon, and Washington, much of Colorado saw another unprecedented weather event last week, as some areas felt a 70-degree temperature drop and 9 - 15 inches of heavy, wet summer snow. According to some farmers, the weight of the snow snapped some uncovered plants at the stalk and broke several branches.

One hemp grower in Colorado told Marijuana Business Daily that he didn’t even bother with crop insurance, as most insurance companies won’t cover hemp farms. Other outdoor growers are worried about the quality of the crops and how the dip in temperature will impact overall yields.