Cannabis Testing Regulations Are Outdated. Here's How To Fix Them. 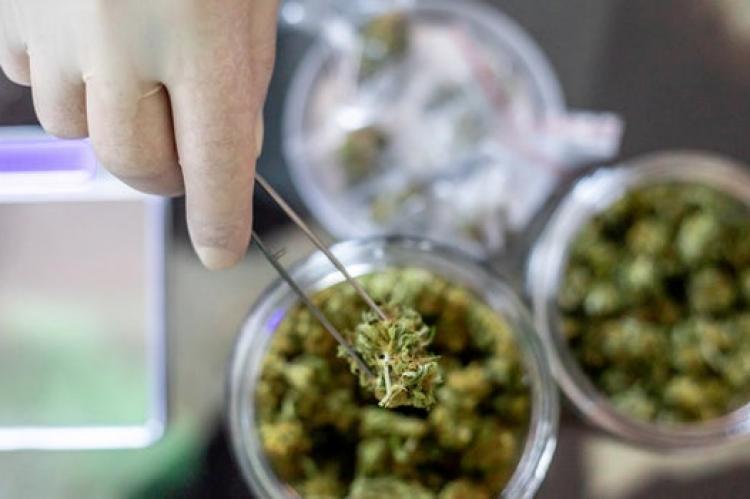 Start by understanding what works and what doesn't work.

The cannabis industry has a testing problem — and it may not be going away anytime soon. Why? Inexperienced technicians, unscrupulous labs, outdated testing regulations, and inferior testing equipment all factor into the inconsistencies and false results that plague the business.

But there is some hope. By taking action now to fix issues in cannabis testing, we can ensure consistent testing results, guarantee the integrity of products on dispensary shelves, and, ultimately, protect cannabis consumers' health. This includes creating reasonable and effective action levels for contaminants like pesticides in cannabis products.

How we got into this mess

When medical marijuana burst into California in the late ’90s, the government did not hold businesses to the same testing and manufacturing standards as more established industries like foods and supplements. As entrepreneurs flocked to the rapidly growing cannabis market, their businesses ran the spectrum from professional manufacturing facilities to home kitchens and garage operations. This lack of quality control created a minefield of safety concerns for cannabis consumers.

After more than a decade of no regulatory oversight, California's legal cannabis industry suddenly found itself subject to restrictions put in place to protect consumers. Among these additions was mandated cannabis lab testing that examined both cannabinoid content and residual contaminants like pesticides and solvents.

Soon testing labs began popping up in markets throughout California to meet the significant demand created by legalization. Some of these were existing labs staffed by exceptional technicians who were unfortunately hindered by never working with cannabis before. But others were simply savvy players who saw a cash cow and took advantage of the opportunity, even if it meant cutting corners to increase profits.

State regulators oversee the cannabis market, including testing labs. Still, a report released by the California Department of Finance revealed that, among other difficulties, “the current status and location of personnel is not sustainable to provide effective and comprehensive oversight of cannabis activities throughout California.” This is directly due to funding issues and difficulties in hiring and training staff.

While the industry needs to do much work to remedy these issues, one important step is moving away from current rules regarding the detection of pesticides in cannabis samples that open the door for inconsistencies in testing or are overly restrictive.

With Category I pesticides, detection levels are dictated to be set at 0.10 μg/g or lower. The case is similar with many Category II pesticides. A low-detection threshold increases the chance of false negatives when testing for these contaminants simply based on variables like techniques, methodology, and experience.

If we look at a cannabis sample submitted to two different labs for testing, the problem clearly presents itself. Testing labs with modern equipment and skilled technicians will detect pesticides at these levels and issue a failing Certificate of Analysis (COA). Inexperienced labs or those with older and less sensitive equipment may not be able to detect the presence of pesticides at these low levels. Without the detection of contaminants, the sample would pass—even if pesticides are present at restricted levels.

Two results from different labs when testing the same sample.

These examples create an atmosphere of inconsistency in cannabis testing, and ultimately, it opens the door to dirty cannabis making it onto the retail market. This disparity in results also invites cannabis businesses to take their samples to a more likely lab to give them a passing COA.

Cannabis testing is expensive. Destroying a batch that failed lab testing digs even further into the already tight budget of many cannabis businesses. When faced with these challenges, some choose to go with the lab most likely to pass their sample, even when weighed against the risk of a recall.

It is a reasonable expectation that all cannabis testing labs be able to competently test for contaminants at the level dictated by the Bureau of Cannabis Control (BCC) and that testing results would be statistically similar from lab to lab.

However, at the current levels for Category I and some Category II pesticides, many labs don’t have the skill or equipment to detect their presence. With the state lacking the necessary numbers of regulators, oversight into this issue is lacking.

With compulsory cannabis testing still relatively new in California, as well as in other legal states, cannabis businesses must have a place at the table during regulatory discussions to provide first-hand insights into how the can realize these testing regulations.

The lab testing challenges are not new for the cannabis industry in California and in similar legal states. While cannabis lab testing is admittedly complex and there is no wave of the magic wand that can fix the issues being faced, there are steps we can take now to increase consistency in testing results and ensure consumer safety. One of these is re-examining action levels for residual pesticides and solvents when testing cannabis samples.

As mentioned above, the current detection levels stipulated by the BCC creates an opportunity for inconsistencies in testing results. Alongside the Department of Pesticide Regulation (DPR), our team at InfiniteCAL urged the BCC to update its policies in a way that eliminates testing inconsistencies, levels the playing field for cannabis businesses, and protects consumers.

This ongoing reassessment of pesticides in BCC regulations helps create a fluid cannabis testing system that is best configured to protect consumers. Unfortunately, to date, the BCC has failed to act on recommendations from the DPR regarding adjustments to action levels for pesticide testing.

Ultimately, accountability for cannabis safety falls squarely on the testing labs examining cannabis samples. Demonstrating proficiency, investment into top of the line instrumentation, and an ethical approach to reporting results all help to prevent dangerous products from entering the marketplace and add to consumer confidence in the legal cannabis industry.

But labs like InfiniteCAL are taking it one step further and working with their clients to improve their cannabis products' safety profile, including exploring cultivation and manufacturing processes to resolve any problems that may lead to failing results. We hope this extra effort by responsible labs goes a long distance towards creating a safe and equitable cannabis industry.