Cannabis Demand Leading to Land Rush for Growers in Many Areas 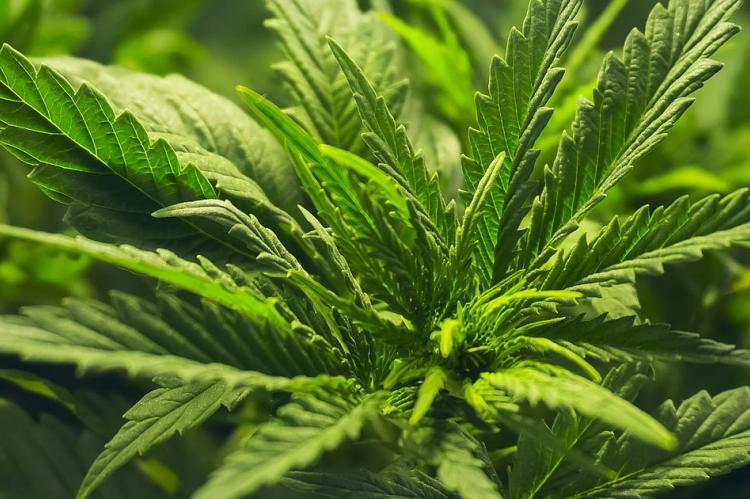 While the coronavirus pandemic has caused the collapse of retail businesses across the globe, there is one thing people have been buying more of during months of lockdown: marijuana.

The legal cannabis industry set sales records across the United States and Canada over the past six months, according to cannabis analytics firm New Frontier Data, which partially attributed the market’s growth to the COVID-19 outbreak.

That lucrative revenue stream has caught the eye of cash-strapped local and state officials, but the surge in interest in cannabis has farmers and land experts worried about competition for the land needed to grow the plant.

In recent years, leasable farmland has been harder to come by “because cannabis farmers could pay so much more,” said Maud Powell, an associate professor in the Small Farms Program at Oregon State University.

“It’s like a land grab ... the green rush, they call it,” she told the Thomson Reuters Foundation.

Although the drug remains outlawed at the federal level, nearly two-thirds of U.S. states have legalized its use for medical or recreational purposes in recent years, while Canada took similar steps in 2018.

Globally the legal cannabis industry was valued at more than $9 billion last year by consultancy Grand View Research, with about 90% of that business in North America.

In California, more than two dozen jurisdictions will have cannabis-related initiatives on the ballot when voters go to polls in November, said Jacqueline McGowan, founder of Green Street Consulting, which focuses on the cannabis industry.

McGowan links those initiatives to budget issues brought on by the pandemic, and sees more jurisdictions making similar moves in the near future.

“In the next year to two years, you’ll see a lot of ... cities and counties regulate (cannabis) due to the economic insecurities everyone is facing,” she said.

According to a 2018 survey of cannabis growers by University of California researchers, more than three-quarters of respondents said their operations were outdoor or in greenhouses.

In Oregon, some farmers say their income has been hit by rising land use competition driven by marijuana and its non-psychotropic relative hemp, which was legalized at the federal level in 2018.

Farmland throughout the area has faced new pressure in recent weeks as catastrophic wildfires have torn through the region, threatening this year’s harvests and soil health.

At least three people have died in Oregon from the unprecedented fires, which Governor Kate Brown on Wednesday said could result in “the greatest loss of human life and property due to wildfire in our state’s history”.

Southern Oregon livestock producer Angela Boudro said in recent years competition from hemp farmers has lost her leases on pasture ground for her lamb and poultry operation and also made it difficult to find replacements.

“The competition here is marijuana, hemp and wine,” she said. “You can get drunk, high and pain relief, but don’t plan on eating.”

It would take some livestock growers decades to make enough to compete with the new land prices, Boudro explained. “Competition for land, especially last year, went through the roof,” she said.

“We had looked at purchasing a piece of ground, and the price that the hemp growers were willing to pay was phenomenally higher than we could ever pay with livestock.”

Erica Stark, executive director of the National Hemp Association, said that she is not aware of such concerns and that her members have not raised the issue.

A spokeswoman for the National Cannabis Industry Association said that land use issues have become more common in the cannabis and hemp space.

This is “partially because of increased interest in such properties but also because of heavy restrictions in many states and localities on where cannabis cultivation operations may be located,” she said in emailed comments.

Agricultural experts express similar concerns in Canada, where the province of British Columbia has emerged as a major cannabis producer.

“Here in southwest British Columbia, many of the food-producing greenhouses have been bought by the cannabis sector,” said Kent Mullinix, director of the Institute for Sustainable Food Systems at Kwantlen Polytechnic University.

Land prices have likely also been affected, he said.

Prime farmland in the province was already under pressure from urban and industrial expansion, transportation corridors, and rural residences, Mullinix noted.

British Columbia is home to a massive, 4.6 million-hectare (11.4 million-acre) reserve created in the 1970s to safeguard agricultural land.

“There’s a conundrum in this: cannabis, like flax or grapes for wine, is considered agriculture,” which means its production is allowed in the reserve, Mullinix explained.

The industry’s growth has been so fast, there is no clear estimate on how much land in the province has been converted to cannabis production, he said.

The Canadian Cannabis Association did not respond to a request for comment.

Amid the rapid legalization efforts underway across the United States, legislators are grappling with the question of whether cannabis should be covered by the country’s extensive rules and subsidies pertaining to agriculture.

“For farmland that hasn’t been as viable, marijuana has turned into a cash crop ... as a way to make up for loss of revenue in other parts of the agricultural industry,” said Patricia E. Salkin, a land use expert at Touro College.

That has forced states to study whether marijuana actually fits within their legal definitions of agricultural activity, she said.

“Most view it as a crop, but it raises a question: Do you still get agricultural land tax benefits if you’re growing marijuana versus corn or something else?”

The question is also roiling smaller-scale areas that have been legally conserved for agriculture.

“Land trusts have been coming out on both sides of the issue, and communities are, as well,” said University of Miami law professor Jessica Owley.

“Some towns see revenue, while others say, ‘We used to be known for peaches and now we’re known for pot, and we don’t think that’s good.’”

So far, most policymakers have overlooked cannabis’s agricultural roots, focusing on it instead as a manufacturing product, said Ryan Stoa, visiting professor at Southern University Law Center and author of the book “Craft Weed”.

That misses a major opportunity with implications for land use, rural development and more, said Stoa, who proposes a regulatory system that, as with wine, defines a cannabis product by where it is grown - the “appellation” model.

The appellation strategy builds on the fact that because federal law prohibits the transport of cannabis across state lines, every state that legalizes the drug has to grow its own, said Stoa.

Last year, California started moving toward an appellation model, which Stoa said would be a significant shift.

“It’s a way for those micro-agricultural regions to protect their farmers and their products,” he said.