Cannabis Companies Adopt Highways to Get Around Advertising Restrictions

Authored by The Associated Press 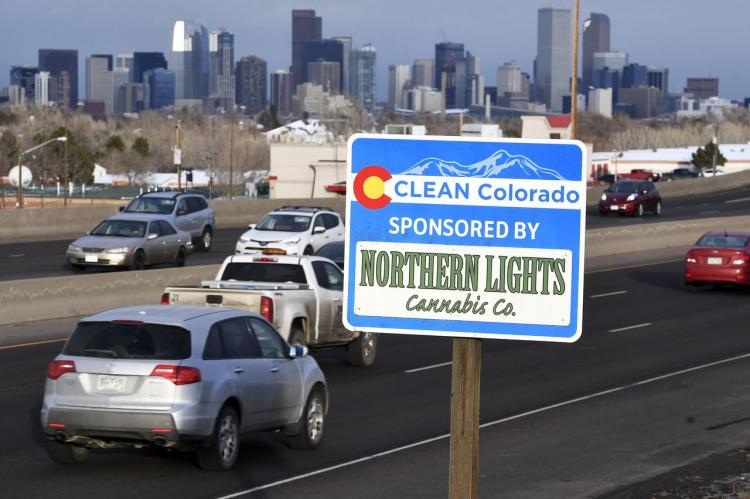 Cannabis companies are using a loophole in Colorado’s strict limits on marijuana advertising by sponsoring state highways and putting their names on roadside signs.

Currently, 51 cannabis dispensaries, cultivators, manufacturers and edible producers sponsor roadways throughout the state, according to the Adopt a Highway Maintenance Corporation. Although they represent less than half of all organizations that participate in the Clean Colorado program, their reach spans about 198 miles, or 66%, of the roads actively sponsored, The Denver Post reported.

“The rules governing highways signs are in a different section than rules governing the cannabis industry,” said Nico Pento, government affairs director for Boulder-based Terrapin Care Station, which operates six dispensaries in the Denver metro area. “The highway signs were a loophole that was overlooked.”

Colorado Department of Transportation officials say the signs are not intended to be an advertising medium, but they have become a clever workaround for an industry with few other options. Oftentimes, they are strategically placed near exits where passersby can find the businesses.

Colorado’s rules governing how and where cannabis companies can advertise are strict to prevent marketing messages from reaching minors. State regulators prohibit cannabis businesses from advertising on TV, radio and in print unless they can prove the audience is predominantly 21 and older. Digital and social media platforms are even more restrictive.

Harsha Gangadharbatla, an associate professor of advertising, public relations and media design at the University of Colorado at Boulder, says that because Clean Colorado signs don’t look like traditional advertisements, they might be one of the most effective ways to reach drivers.

“They’re a different kind of signage on the side of the road. They tend to stick out a little bit more than billboards, so consumers do pay a little bit more attention to anything that’s novel or different from the formats they’re used to,” he said.

LivWell Enlightened Health, which operates 17 dispensaries in Colorado and Oregon, is one of the top sponsors of Colorado roads, paying for cleanup on 19 miles. Mike Lord, the company’s director of business development, said the program spreads brand awareness while also making a positive impact.

“It’s pretty incredible how many stretches of mile of highway are being cleaned right now,” he said.

But not everyone is pleased with the program.

Pitkin County Manager Jon Peacock and County Commissioner Patti Clapper criticized the signs after a marijuana grower in Ridgway sponsored a portion of Highway 82, according to The Aspen Times. They said the signs promote marijuana use and obstruct scenery, and that the county hasn't allowed billboards or highway advertisements for decades.Drivers could begin to see more prominent advertising from cannabis companies, thanks to a new law that allows them to use outdoor media, such as billboards. Legalized as part of the 2019 Sunset Bill, marijuana ads would be prohibited within 500 feet of schools, places of worship and playgrounds and still be subject to local regulations.