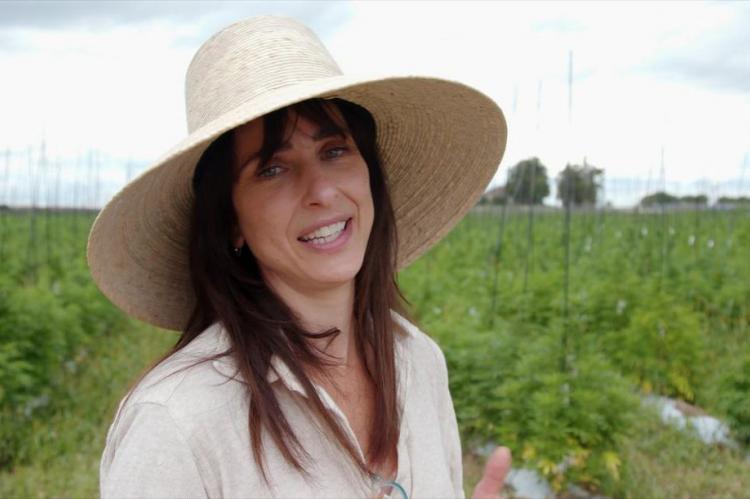 This is the first year Tom has not felt the need to booby-trap his backyard.

An inveterate pot grower, the North York man says new laws allowing Canadians to raise up to four of the plants per household set his mind at ease for the first time in more than half a century of cannabis cultivation.

“For all the years gone by I used to MacGyver the place,” says Tom, who did not want his last name used. “I would put fishing lines along the ground with tin cans so it would make noise if anybody went back there at nighttime. This year I didn’t worry about any of that, I just let it grow.”

As growers large and small finished up with the first outdoor harvests of legal cannabis plants in Canada this week, several looked back on the experience for the Star — though a lingering stigma made some reluctant even now to put their names to their sanctioned husbandry.

Tom, who’s approaching 68, says he started smoking pot at 14 and began planting it around his childhood home soon after.

“Probably started a couple of times when I was still living at home and tried to grow a couple of plants in my mom and dad’s backyard,” he says.

“Turned out to be like Christmas trees and male plants,” he laughs, explaining that only female versions produce the potent flowers that deliver active cannabis ingredients.

Through his own experimentation and furtive knowledge-sharing with others, Tom became a something of a marijuana master during pot’s forbidden years.

“I got it down to a pretty fine art,” he says, adding that he’s not “a certified pothead.”

And this year’s legal crop — which he harvested between mid-September and late October — was fecund beyond all reckoning, with his four plants producing more flower than he’ll be able to use in a year.

“I had so much from this strain that jokingly I was saying I was going to open up, like, a little lemonade stand in my front yard and put up a sign that said ‘free pot.’ ”

Tom — who estimates he might have pulled two pounds’ worth of flower off his seven-foot-plus plants — says growing a proper pot crop is no picnic, even at the four-plant limit the federal laws allow.

“You have no idea how much work it is to cut, trim, clip, dry — it takes hours and hours and weekends,” he says.

But his reasons for going to that trouble over the years were simple.

“It was expensive buying marijuana from the black market,” he says, “plus it’s pretty skeezy-like.”

Alison Gordon’s reasons for growing outside — rather than in an indoor, hydroponic setting — were primarily cost-driven.

“The main reason to go outside, I’m not going to deny it, is cost,” she says. “We’re in this highly regulatory system, the government and companies like ours are looking to eradicate the black market, bring consumers into a legal market, and cost is of course a huge part of that.”

“We had started later than we wanted to because of when we were licensed by Health Canada and the wet spring,” she says. “But we were really lucky with the weather I think, all of our plants (that did survive) were able to grow to maturity and had the time to flower and now we’re almost done harvesting,” she said in an interview earlier this week.

Many thought the company was taking a huge risk bringing a large part of their production outdoors in a Canadian climate.

Indoor growing, which represents the vast majority of commercial cannabis cultivation in Canada, allows for the precise manipulation of light, temperatures and nutrients for the plants. But Gordon says there are advantages to outdoor growing that go beyond its lower costs.

“And the other thing that people don’t like to talk about is that outdoor is a really great product,” Gordon says. “Because it’s being grown in its natural environment the plant can fully express itself,” she says, adding the active ingredients of the plant tend to appear in higher concentrations with outside growing.

Gordon also says the cheaper costs of open-air cultivation will allow the company to bring less expensive products to the legal market.

The company isn’t yet revealing the precise volumes of usable cannabis it will take off the farm this year. But she says almost all of it will be used for the extraction oils that will go into the upcoming edible products that will be available across Canada over the next months.

“We’re a public company so you have to treat these things delicately,” she says of the farm’s yield numbers. But, she says, the company is confident it can more than meet supply agreements with Ontario and other provinces.

The entire 100-acre farm near Brantford is surrounded by high fencing, motion sensors, cameras and guarded gates, and faced no theft problems this year, Gordon says.

She also says that the operation has been welcomed in the community and has welcomed many local farmers onto the property to work or consult.