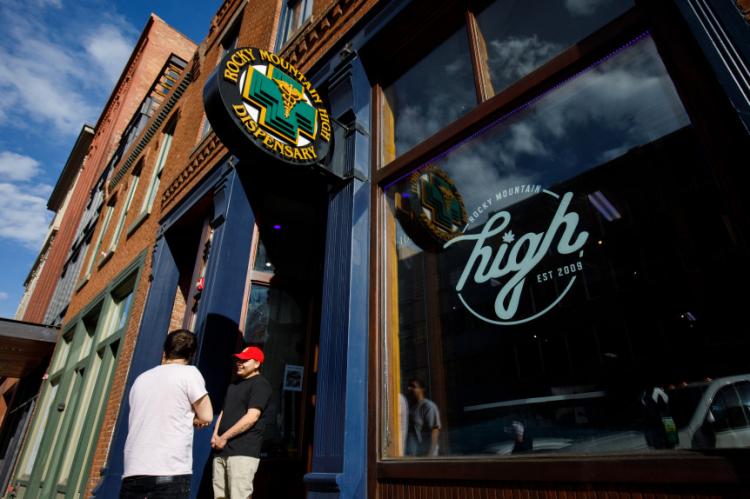 While dispensaries are exempt from cutting 50% of their staff like other “non-critical” businesses, many are changing operating procedures

Colorado Gov. Jared Polis deemed marijuana dispensaries “critical” retail businesses in an executive order Sunday urging employers to reduce their in-person workforces, meaning they would stay open if other industries were forced to shutter to mitigate the spread of coronavirus.

The governor’s order, however, will change how dispensaries do business. In-person sales are limited to medical patients only; recreational customers must order in advance for curbside pickup. The order is in effect from 8 p.m. on Tuesday until April 11, unless extended by the governor.

Some counties classified dispensaries among essential services allowed to remain open during the pandemic independent of the governor’s order. For example, in San Miguel County, which mandated residents shelter in place on March 18, dispensaries are open to fill pickup orders only.

In Summit County, brick and mortar marijuana stores were allowed to remain open per city ordinance until the governor imposed stricter guidelines. If there’s conflict between state and local rules, the more restrictive ones are enforced, said public information officer Julie Sutor.

On Monday, Denver Mayor Michael Hancock issued “stay at home” order that initially classified medical dispensaries as essential businesses, but not recreational, essentially ending adult-use sales until April 11. But Denver walked back that  decision by late afternoon, however, exempting pot shops that implement “extreme social distancing by limiting how many customers can be inside at one time.”

Advocates such as Cindy Sovine worry moratoriums like this could restrict some residents from obtaining their medicine. Sovine, a Denver-based lobbyist and consultant, said since adult-use became legal in 2012, many patients allowed their medical cards to lapse because most products are widely available on the recreational level.

“Cities like Aurora don’t even have medical,” Sovine said, adding restrictions could lead to an increase in illicit market activity that could be difficult to combat once circumstances settle down.

Not only that, but marijuana businesses do not currently qualify for federal stimulus relief and Denver’s order may put dispensaries out of business, Sovine said.

While dispensaries are exempt from cutting 50% of their staff like other “non-critical” businesses following the governor’s order, many are changing operating procedures to limit the potential for person-to-person spread of respiratory illness COVID-19.

Seed and Smith in Commerce City plans to reduce the number of hours employees working in its cultivation, manufacturing and packaging facility to avoid having too many people in the same room at the same time, said Mike Lempert, director of logistics. Starting this week, the dispensary is closing its storefront and requiring all sales to be made online or by phone for pickup. Seed and Smith plans to launch text message ordering in the coming weeks, too.

“Everything is meant to limit everyone’s exposure to another human,” Lempert said of those moves.

Online ordering has already proven a popular option for cannabis consumers looking to limit their interaction at retail stores, and industry personnel think the trend could reshape buying habits long-term.

Still, some don’t think it’s enough. Truman Bradley, president of the Marijuana Industry Group, would like to see the state allow marijuana delivery to prevent in-person gatherings and protect patients who might have compromised immune systems. Colorado legalized medical marijuana delivery in 2019, but it has yet to be adopted by many municipalities. Boulder, where the first delivery license was issued to The Dandelion dispensary, is a notable exception.

“We’ve already got the legal infrastructure that allows for this, so all it requires are these local municipalities to allow for delivery during times of crisis and they can come back and revisit it,” Sovine said. “That is the safest pathway to keep access open.”