In Arizona, Cannabis Legalization Is The One Thing Republicans And Democrats Agree On 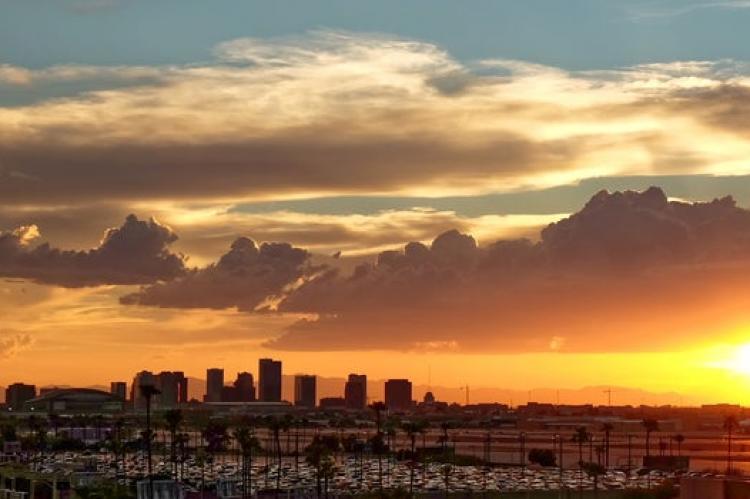 In the desert, Republicans and Democrats have found something to agree upon: A majority in both parties plan to vote to make marijuana legal in the upcoming Arizona election if they get the chance.

A new survey by public affairs consultants HighGround of Arizona voters found that 65 percent of them plan to vote “yes” on the Safe and Smart Arizona Act if it makes the November ballot. The act would make weed possession legal for those over 21 and set up a state-regulated adult-use cannabis market.

Only 25 percent of those surveyed said they oppose the measure. About nine percent have not made up their mind.

The survey asked if the voters, knowing what they know not about the act, would vote “yes” or “no.” The responses were:

The support mirrors that found at the national level. A Gallup survey from fall 2019 found that about 66 percent of U.S. citizens support making weed legal, the same number who said the same thing in 2018. The survey also found support from older people and those from both parties.

However, 56 percent of Republicans also support the act and “expressed a willingness” to vote “yes” on the issue.

A majority of older voters also offered support. Of those between 50 and 64, 63 percent support the act. About 55 percent of those over 65 said they would vote for the act.

HighGround said the only group divided on the issue are those who identified as “very conservative.” But even with them, the split was 47.6 percent in favor and 47.6 percent opposed.

Writing about the survey, which included 400 people contacted between May 18-22, the Phoenix New Times wrote that the result “reveals something of a sea change in Arizona conservatives' view on cannabis.”

Now the question is whether the act will make the ballot.

Paul Bentz, Sr., Vice President of Research and Strategy at HighGround, said in the statement released with the poll that if the act gets on the ballot: “All signs point to 2020 being the year that recreational marijuana finally becomes legal in Arizona.”

However, he also said he expects a legal challenge from those opposed to the act. That is likely their only avenue to derail the legalization effort, he said, given the strong support from voters.

The group behind the act, Safe and Smart Arizona, reported in March that they have 300,000 signatures, more than the 237,645 needed to get the measure on the ballot. The Phoenix New Times report that organizers expect to reach 400,000 signatures.

They then must submit the names for verification by the state. The language of the bill must also win approval from the state and withstand any legal challenges.

In addition to making cannabis legal for adults, the proposal also sets a 16 percent tax on sales, earmarks tax dollars for community colleges, public safety, public health programs and infrastructure. In 2016, a proposal to legalize adult-use marijuana failed in Arizona by three percent of the vote. Most blame the result on competing measures on the ballot.