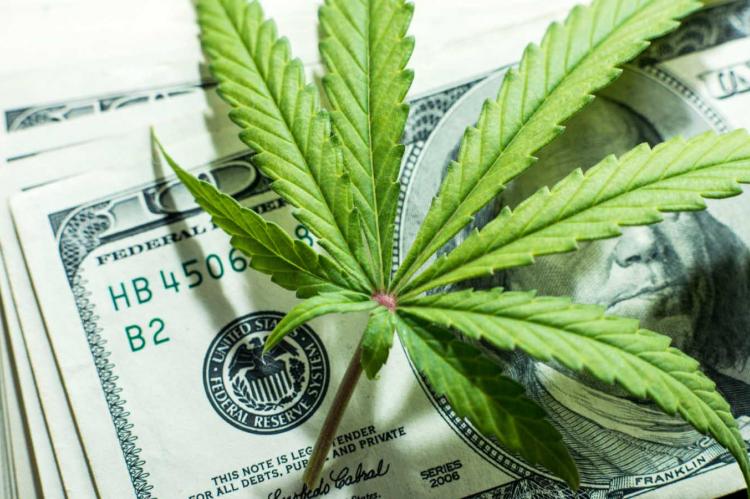 These marijuana stocks may be small, but they pack quite a punch, especially in the 'new normal'

Ever since the bubble burst on marijuana stocks, the green sector has witnessed plenty of red. To add cruelty to this malaise, the novel coronavirus came along, sending the market deeper into the doldrums. Plus, with unprecedented governmental responses leading to quarantines and stay-at-home orders, cannabis retail sales took a hit — and not the good kind.

Nevertheless, the very pandemic that has caused so much turmoil may end up giving marijuana stocks a longer-term lifeline. That’s because in many ways, medical or recreational marijuana, along with cannabidiol (CBD) — which is basically cannabis without the psychoactive compound tetrahydrocannabinol (THC) — offer a critical solution to our new normal.

And what is the underlying problem in our present paradigm? In a word, stress. According to Bloomberg Businessweek, China’s divorce rate spiked once the nation emerged out of quarantine. As spouses found themselves kicked out of their workplace and forced to live together 24/7, they realized how much they annoyed each other.

Additionally and worryingly, domestic violence also surged in China. Essentially, it was a warning to what Americans could expect should they suffer as badly as the Chinese. Sure enough, married couples back home began fighting as they began seeing their partner in a new light — as in, all the time. To cope with this stress without divorcing, couples can elect a green new deal, which bodes well for marijuana stocks.

But it’s not just marital issues that’s stressing out America. From economic anxieties to social concerns, we collectively are a ball of worries about to explode. While I don’t do weed, I have friends that do. And they tell me that cannabis is a great relaxation platform. Hence, investors may want to consider these marijuana stocks to buy:

As you might notice above, these are lesser-known names and that’s the point. While you can go with established leaders like Canopy Growth (NYSE:CGC) or Cronos Group (NASDAQ:CRON), smaller marijuana stocks give you a bigger bang for your buck. Just be aware that they’re far riskier than already volatile weed plays. Still, if you can stomach it, these companies could make your heart race in a good way.

With a market capitalization of over $570 million, Turning Point Brands isn’t exactly the smallest of small-cap marijuana stocks. Nevertheless, it tends to be overshadowed relative to other cannabis-related investments. Mostly, that’s because TPB stock is levered primarily to traditional tobacco-based products.

Now, I believe this has an advantage over pure marijuana stocks. During the quarantines — and we’re getting another round of soft voluntary quarantines in some hard-hit states — several vices shot up in demand, particularly alcohol consumption. It wouldn’t be a stretch to assume that people turned to tobacco to take an edge off, thus improving the case for TPB stock.

However, Turning Point also has the Nu-X CBD brand under its belt. Featuring a variety of hemp-based CBD tinctures, edibles and disposable vaporizer pens, Nu-X should provide a greater lift to Turning Point’s bottom line, especially if circumstances worsen.

One of the toughest barriers to success for marijuana stocks is massive competition. Over-leveraging yourself to any particular brand or business model could either be a genius move or a disastrous one. To mitigate some of the risks, 1933 Industries adopted a vertically integrated approach, featuring multiple compelling brands under its corporate umbrella.

Mainly, TGIFF stock has been fueled by the underlying company’s acquisition of Alternative Medicine Association, a “licensed medical and adult-use cannabis cultivation and extraction subsidiary that produces its own AMA branded line of unique cannabis-based products and manufactures third-party brands.”

But what really draws me to TGIFF stock is 1933 Industries’ PLUGplay brand of cannabis vaporizers. Utilizing an ultra-thin and subtle frame, the PLUG offers users a satisfying hit while facilitating a long battery life. Furthermore, its odorless profile allows users maximum discretion.

However, before you dive into TGIFF, do note that this is one of the riskiest marijuana stocks. Currently, it’s trading for only a few pennies a pop.

According to the company’s website, KushCo Holdings’ Kush Supply Co. is “the nation’s largest, most respected and premier provider of vaporizer products, packaging, supplies, and accessories.” Better yet, Kush Supply claims to focus on products manufactured within the U.S.

If so, KSHB stock could be a winner in the current state of geopolitical affairs. As you know, prior to the pandemic, the U.S. and China was making progress in ending their trade war. Since then, relations are back to Cold War levels of ugliness. And that could impact the vaping industry, where most of the products are … you guessed it, made in China.

Potentially, this gives a leg up for KSHB stock if tensions worsen to the point where China-based supply chains are disrupted. But even if they aren’t, KushCo is in an enviable position. As a “vice” brand, demand should move higher as people seek a coping mechanism.

Out of the riskiest marijuana stocks, Planet 13 may be the most compelling. Based on a report from TechCrunch.com, “Planet 13 is located blocks off the Las Vegas Strip and holds the title as the world’s largest cannabis dispensary.” That alone is enough to convince some speculators to consider a wager on PLNHF stock.

However, the 115,000-square-foot facility provides multiple options that while may not appeal to the whole family, will certainly appeal to consenting and curious adults. For instance, Planet 13 features several eateries along with processing equipment that can churn out delicious cannabis-infused edibles and beverages.

This could be a game-changer. First, Planet 13 offers a progressive cannabis platform. Perhaps you may not want to go Snoop Dogg all at once. But almost any canna-curious person will be willing to try infused edibles. Second, Planet 13 isn’t just a dispensary but a destination spot. Should PLNHF stock cool off from its present momentum, you may want to take a measured bite.

Pure marijuana stocks are typically based in Canada. As the world’s first G7 member country to legalize recreational weed, our northern neighbor is far more progressive than we are. That could change soon. In the meantime, we have Charlotte’s Web, a Colorado-headquartered CBD retailer.

At the top, I mentioned that CBD is cannabis without the psychoactive compound THC. Under the Agriculture Improvement Act of 2018, colloquially known as the farm bill, CBD production and distribution were legalized. To be sure, it’s a complicated issue. But for clarity, Charlotte’s Web specializes in CBD, not marijuana which under federal law is an entirely different concept.

However, that doesn’t make CWBHF stock fundamentally inferior in any way. Because CBD doesn’t have the stigma associated with psychoactive drugs, it’s an easier platform to share and evangelize. Furthermore, Charlotte’s Web offers pet-friendly products, which will likely be a huge market.

Keep in mind that CWBHF stock was once trading over $20, which you can look at as either a glass half empty or half full.

Of course, you — or your “friend” — came to read this list of marijuana stocks to learn about a different kind of farming. Although a relatively recent competitor in the cannabis space, Village Farms has made up for lost time. Earlier in July, the company made news when management announced a definitive agreement to acquire a stake of just under 16% in DutchCanGrow Inc., a Netherlands-based cannabis enterprise.

Under the agreement, DutchCanGrow aims to receive a Dutch government license to operate a specialized cannabis greenhouse. If successful, this should give VFF stock viable exposure to the international cannabis market.

As a medicinal marijuana company, Trulieve Cannabis Corp may have some competitive protection from organizations focusing on CBD. Due to the laws and regulations associated with THC-based marijuana, these restrictions naturally limit willing and able competitors. Sure enough, TCNNF stock has performed very well this year, representing one of the hottest marijuana stocks right now.

Trulieve has dispensaries in Florida, California, Massachusetts and Connecticut, giving it an enviable footprint in key markets. In addition, the company sells specialized consumer-friendly products. For instance, its full spectrum vape cartridges combine the power of cannabis along with the plant’s associated terpenes, which are aromatic compounds giving cannabis its signature pungent odor.

Purportedly, these terpenes, when used with medicinal marijuana therapies provide a holistic benefit to the user. It could also lead to a satisfying high, although I didn’t say that. Considering that many Americans could use some stress relief, you should keep a close watch on TCNNF stock.

Another one of the more compelling cannabis stocks, Amyris Inc is currently researching alternative methods in extracting CBD and other cannabinoids (compounds) of the cannabis plant. If successful, the company could revolutionize a cheaper and more efficient methodology of CBD production, invariably boosting AMRS stock. According to the Amyris’ website:

“One of several firms developing platforms to biosynthesize cannabinoids via fermentation, Amyris has studied how the cannabis plant creates CBD and effectively reverse engineered the process by taking the same genes that ‘instruct’ the plant to make CBD and inserted them into a yeast. This then eats sugars in a big fermentation tank and produces CBD. (While the yeast is genetically engineered, there is no yeast in the final product.)”

To be fair, AMRS stock has a history of wild volatility. But since mid-March, shares have been riding a wave of robust momentum. If you don’t mind turbulence, this could be up your alley.

As I mentioned earlier, beyond the fundamentals of marijuana stocks, I don’t have experience with the underlying product. However, my friend does. According to him, cannabis doesn’t just come in one “flavor.” Instead, you have multiple strains that produce a different sensation.

Think of it like a car. Some folks are SUV people. Others love sports cars. And still others just want to get from point A to point B. This brings us to our final company, Harvest Health & Recreation.

If you’re canna-curious and are ready to take that first step, you may want to step into one of their dispensaries. There, you’ll find experts that will match you to the right product, all within a clean and safe environment. Given the toil on our mental health, I’m willing to bet that Harvest will see an uptick in demand in the post-pandemic era, benefiting HRVSF stock.

Shares have been flying since the second half of March. At just over $1 at the time of writing, the law of small numbers could see massive profitability for HRVSF stock. Just be sure to gamble carefully and responsibly.