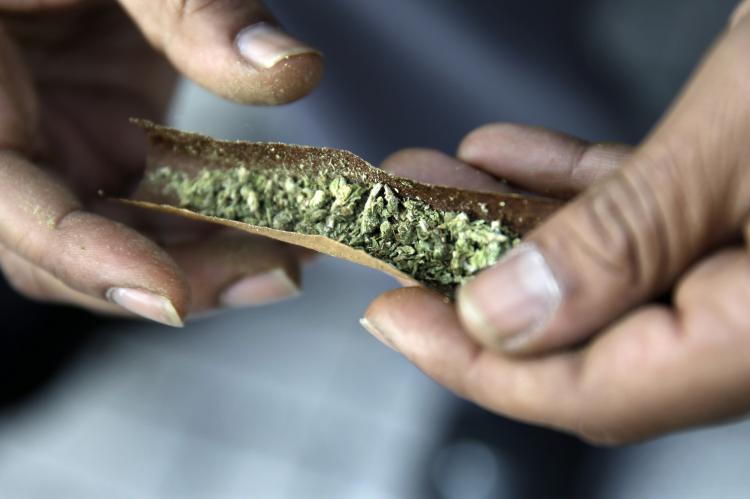 About two-thirds of New Jersey voters are likely to vote yes on a ballot question seeking to legalize marijuana use for those over 21 this November, according to a new poll.

The survey, conducted by DKC Analytics and released Tuesday by Brach Eichler, a Roseland-based law firm with a cannabis practice, found about 68% of 500 New Jersey registered voters said they strongly support or somewhat support legalization via the ballot in the Garden State. Favorability ranked higher among Democrats than Republicans, with Independents falling in the middle.

That number is up just slightly from the results of a Monmouth University poll conducted in April, which found 61% of respondents said they would vote yes on the question.

“People are getting more used to the issue, they’re getting more comfortable with what may be happening,” said John Fanburg, the firm’s co-chair of cannabis law. “It’s taken a while for people to kind of wrap their heads around. I think the economic impact on people, the social justice aspect — this isn’t going away. It’s time to look at this perhaps more rationally, and let’s regulate it.”

The ballot question will ask voters in November if they think the state should legalize marijuana and apply the state sales tax to purchases. It comes after several years of attempts to legalize weed via the state Legislature, which all fell short.

While a growing number of people support legalization, far fewer would likely participate in the industry.

According to the poll, 57% of respondents said they did not use marijuana, while 17% identified as regular or occasional users. Another 14% said they had used it in the past, and 9% said they would consider trying it if it became legal.

Pollsters selected the 500 participants based by age, political affiliation, race and income to mimic the makeup of the 2016 electorate in New Jersey. The firm, which stands to benefit from legalization, plans to repeat the poll each month leading up to the vote to track support and shifting attitudes. The findings carry a margin of error of 4.4%.

Questioned in July on the heels of a national reckoning with police brutality and mass incarceration that disproportionately impacts Black people, the vast majority of respondents did not support legal consequences for cannabis users. Just 7% said major dealers and distributors should face legal consequences, while 6.8% said both distributors and users should.

“We’ve come to realize that disadvantaged minority populations are on the receiving end of this,” said Charles Gormally, another co-chair of cannabis law at the firm. “Money wasn’t the lead off issue. Social justice was up there.”

“I think the environment is right for it,” he said.

The most common reason respondents said they support legalization is to stamp out the black market, with economic issues, like job creation and tax revenue, as well as product quality, coming in as the next most popular.

While a job creator and source of tax revenue, it’s not clear how much money legal weed sales would bring to the state, or how soon the hemorrhaging budget would see any effects.

Of reasons they oppose, 37.8% cited concerns around driving while under the influence, while 27.4% said children may be more likely to consume marijuana if it became legal. There is no consensus that legalizing pot in other states caused either of these issues to increase.

But the questions went beyond November’s vote and the basic concept of legalization, asking if New Jerseyans would support consumption lounges, like bars for users, and home delivery of cannabis products. Some 50% of respondents said they favored lounges to 38% who opposed them, while delivery received support 55% to 33%.

“The home delivery also addresses one of the negatives of this,” said Gormally. “Why some people would vote against it, is the concern of driving while impaired. The home delivery kind of takes that element out a little bit.”

Attitudes toward cannabis, the poll’s results show, could change as we creep closer to the election, particularly as the coronavirus outbreak continues to upend the economy, and socialization. Fanburg said he still expects attitudes could continue to slowly change and favor legalization.

“As the legislators and the public continue to talk about [legalization], as they have for the last three years, it seems to be a little bit less of an issue than it was,” he said. “We’re coming off of decades and decades of prohibition, to kind of change all a sudden, is a little intense.”