5 Marijuana Stocks to Buy For A “Blue Wave” Election 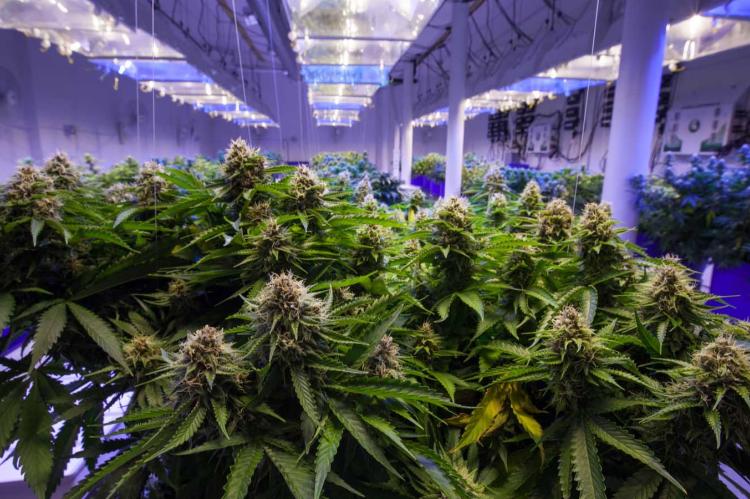 The entire stock market is looking to the 2020 U.S. Presidential Election for clues to how the next four years will play out. But this election is particularly important for a group of stocks that, under the right conditions, could soar to lofty new heights after the election: marijuana stocks.

The logic is fairly simple. The liberal platform is more supportive of widespread adoption and national legalization of cannabis than the conservative platform. But Democrats only control the House right now. Republicans control the Senate and the White House.

A “Blue Wave” in November — wherein Democrats seize control of the House, Senate and White House — would presumably lay a solid foundation for sweeping cannabis legislation reform, and ultimately, the national legalization of marijuana in the U.S.

If that does happen, marijuana stocks will soar, because many publicly listed marijuana companies are headquartered in Canada and waiting for nationwide legalization before expanding into the U.S. cannabis market, the largest in the world.

With that in mind, here’s 5 marijuana stocks to buy:

Needless to say, marijuana investors will be watching the 2020 election very closely. Sweeping Democrat wins could spark this group back to their late 2018 highs.Canopy Growth (CGC)

Canopy Growth is basically the Coca-Cola (NYSE:KO) of the cannabis market.

Canopy is the biggest player in the cannabis space, boasting the largest production capabilities, widest distribution and biggest retail footprint. Plus a ton of high-quality brands ranging across various product verticals and the biggest balance sheet in the industry, with ample firepower to acquire smaller brands and build out the product portfolio.

Canopy is, for all intents and purposes, the Coca-Cola of the sector.

And, as the Coca-Cola of the sector, Canopy Growth is set to win big if the U.S. does nationally legalize cannabis on the back of a Blue Wave in November, especially since the U.S. represents such a huge and largely untapped opportunity for the cannabis giant.

To that end, CGC stock is a great marijuana stock to buy if you’re betting on U.S. cannabis legalization.

Ostensibly, Aurora Cannabis is one of the worst marijuana stocks in the market. One look at the ACB stock chart confirms as much. Shares have plunged from $100-plus prices back in March 2019 to $10 today.

But historical performance doesn’t reflect future results. And when it comes to ACB stock, the future is far brighter than the past.

Aurora is in the midst of a major turnaround centered on slimming the operating model, right-sizing operations, streamlining investments and focusing geographic operations, all in hopes of turning the volatile and unprofitable cannabis producer into a steady, stable and profitable company.

Early progress on this turnaround has been promising.

If management continues to execute and deliver results, then ACB stock will rebound with vigor from its presently depressed levels. That rebound will get a big boost if we do see a Blue Wave in November.

So in an everything-goes-right scenario, ACB stock could soar over the next six months.

There’s one big reason why Cronos is one of the best marijuana stocks to buy for long-term investors.

More specifically, there’s actually about 1.3 billion reasons, and that’s the $1.3 billion in cash and investments sitting on Cronos’ balance sheet.

Early on in the cannabis gold rush, Cronos scored a huge, multi-billion dollar investment from tobacco giant Altria (NYSE:MO). Much of that investment is still left on the balance sheet, giving Cronos ample firepower to invest in strategic long-term growth opportunities.

But more importantly, Altria isn’t going to let Cronos just wither and die. And Altria is an $80 billion tobacco behemoth that produces billions of dollars in free cash flow every year.

In essence, then, Cronos has almost unlimited firepower to throw at the cannabis market. What this does is guarantee Cronos a seat at the table. So long as the cannabis market does grow, Cronos will grow, too, alongside the market.

To that end, if you’re bullish on the global cannabis market, CRON stock is a solid pick.

One of the more speculative — and potentially explosive — marijuana stocks to buy for a Blue Wave catalyst is OrganiGram.

With a market cap of just $240 million, OrganiGram is one of the smaller publicly traded cannabis producers. Most of the well recognized players in this space trade at market caps of $1 billion or greater. More than that, OGI stock — at just 2.6-times next year’s sales — is also one of the cheapest cannabis stocks out there, according to YCharts.

In this sense, any positive catalyst could send OGI stock skyrocketing higher.

A Blue Wave in November could be that positive catalyst. So could rebounding demand on the back of more value-priced offerings, or new Recreational 2.0 products such as beverages, chocolate bars and vapes. So could narrowing losses on the back of deep expense cuts happening at the company today.

In other words, there are many catalysts on the horizon which could spark big gains in OGI stock over the next few quarters.

Yes this is still a very risky stock. Don’t buy it with your lunch money. But if you’re feeling a bit risk-tolerant and are bullish on a Blue Wave, OGI stock may offer you the most bang for your buck.

Last but certainly not least on this list of marijuana stocks to buy before the election is Aphria.

The bull thesis on APHA stock is simple. For all intents and purposes, Aphria is the strongest cannabis producer in the market today.

You don’t see any of that over at Aphria.

In other words, Aphria is sustaining huge growth, strong margins and steady profit growth, in an industry that’s broadly seeing none of that.

The implication of course, is that Aphria is the best-in-breed producer when it comes to cannabis companies — and that APHA stock is a compelling buy.