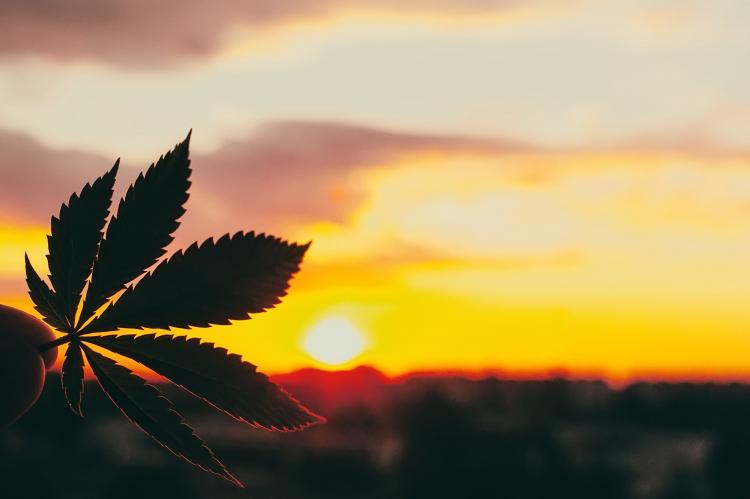 Marijuana legalization initiatives will be on the ballot in a number of states in November.

Though there's no end in sight for the coronavirus pandemic, in some ways, life goes on somewhat as usual. The U.S. presidential election is coming up in less than three months, and beyond the presidential and legislative races, the question of state-level marijuana legalization is on the agenda again. In New Jersey, Mississippi, and South Dakota, cannabis legalization initiatives have already officially qualified to be voted on in November, while in Arizona, Montana, and Nebraska, officials are currently reviewing the signatures submitted by groups attempting to get their proposals on the ballot.

Efforts to qualify legalization initiatives for the ballot in other states, among them Nebraska, Missouri, and Oklahoma, were essentially suspended earlier in 2020 due to COVID-19.

Cannabis companies have garnered a lot of attention this year following the spikes in sales that accompanied the pandemic. Though there's still no clarity about when Congress might start weighing legalization at the federal level, adding new states to the legal marijuana market could lift companies including Green Thumb Industries (OTC:GTBI.F), Curaleaf Holdings (OTC:CURL.F), Cresco Labs (OTC:CRLB.F) and Canopy Growth (NYSE:CGC) to new highs.

Green Thumb's revenue rose 268% to $103 million in its first quarter, largely thanks to the diversification of its operations. It has  42 retail cannabis stores across 10 states -- Connecticut, Massachusetts, Nevada, Florida, New Jersey, New York, Ohio, Illinois, Maryland, and Pennsylvania. The company reported EBITDA (earnings before interest, tax, depreciation, and amortization) of $25.5 million.

Green Thumb remains strong in its home state of Illinois, which made recreational cannabis legal on Jan. 1. June was the strongest month there so far, with legal sales from all operators in the state hitting a total of $46 million.  Green Thumb also plans to take advantage of the tourist cannabis market in Nevada -- it opened a new store in Las Vegas in June.

In the months since it delivered its first-quarter results, Green Thumb has opened six more stores; it's now the proud operator of 48 retail locations in 12 U.S. states. With the licenses it already holds, it has the potential to grow its footprint to 96 locations in total. So you can imagine the potential surges in revenue and profits Green Thumb could produce once more states join the legal cannabis list and the company expands into those new markets.

By contrast, Illinois-based Cresco Labs' strength lies in the fact that it chose to focus on its home state and two other key markets -- Pennsylvania and California.

On July 13, it opened its eighth dispensary in Illinois -- Sunnyside South Beloit -- and its 18th in the U.S. Its financial stability is evident from its rising revenue and profits -- in Q1, its top line grew 215% year over year to $66.4 million and its EBITDA hit $3.2 million.

Curaleaf is targeting some major cannabis markets. Recently, it completed its acquisition of Grassroots, which will give it a huge footprint in California, with its population of 40 million.   Recreational cannabis is legal in the state, where the company now has "135 dispensary licenses, 88 operational dispensary locations, over 30 processing facilities, and 22 cultivation sites with 1.6 million square feet of current cultivation capacity."

Curaleaf also enhanced its position in New Jersey in July by acquiring Curaleaf NJ, which had previously been required by state law to operate as a nonprofit.

At the moment, New Jersey limits cannabis use to medical purposes, but recreational legalization is on the ballot this fall, and polling suggests it's likely to pass. Recently, Curaleaf also debuted an alternative form of cannabis medication -- sublingual tablets. The company is expected to roll them out between before the end of the month, and they'll be available to medical marijuana users in 28 dispensaries in Florida. Curaleaf's revenue grew by 174% to $96.5 million in its first quarter , while adjusted EBITDA came in at $20 million.

Canopy Growth is all set to gain ground in the U.S. market

Unlike the other companies mentioned here, Canada-based Canopy Growth hasn't seen dazzling revenue growth or even profitability yet -- its revenues rose 15% in Q1 as it booked an EBITDA loss of 102 million Canadian dollars -- but its growth strategies look promising.

It has an agreement to acquire cannabis company Acreage Holdings, but that will only happen after the U.S. federally legalizes marijuana. Once the deal closes, it will give Canopy access to Acreage's North American stores in which to sell its innovative cannabis derivative products -- vapes, beverages, edibles, and chocolates, among others.

Keep an eye on them

Profitability is not an issue for the three U.S. cannabis companies discussed here, and they all have strong balance sheets. At the end of the first quarter, Cresco Labs boasted $68.6 million in cash and cash equivalents, while Green Thumb and Curaleaf had $71.5 million and $176.4 million of cash and cash equivalents on the books, respectively. Therefore, they should have the resources necessary to expand in any U.S. states that legalize cannabis in 2020 or expand from medical use only to full adult-use legalization.

We will likely learn more about their growth plans for the near term when they deliver their next quarterly reports: Curaleaf, Cresco Labs, and Green Thumb will report on Aug. 17, Aug. 20, and Aug. 12, respectively.

Meanwhile, Canopy Growth isn't lagging when it comes to capital -- Constellation Brands' large investment in the Canadian company has put it on safe footing for now. It hasn't hit profitability yet, but if its growth strategies play out according to plan, that could happen soon. It will report its fiscal Q1 2021 results Aug. 10.

I would suggest that the time is right to scoop up some shares of these companies. Even if one factors the potential for states to expand the legal market out of the equation, Cresco Labs, Green Thumb, and Curaleaf are the three strongest players in the cannabis space.