The 3 Most Important States for Marijuana Stock Investors 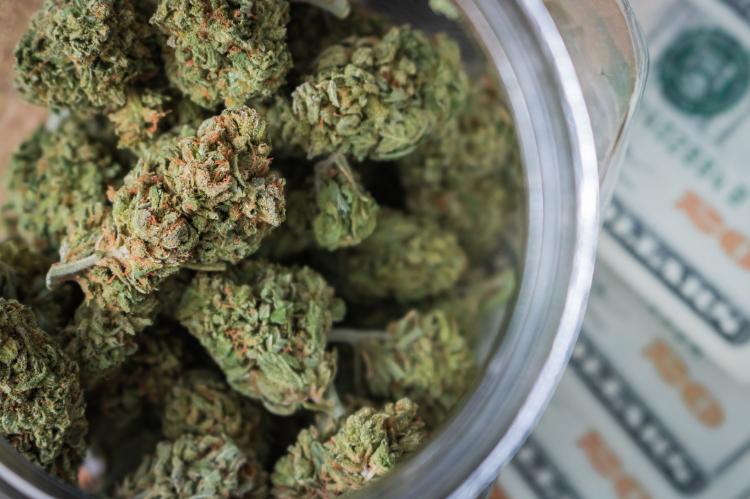 The U.S. is expected to lead the world in cannabis sales, and these are the states you'll want to monitor the closest.

Despite its recent hiccups, marijuana is expected to be one of the fastest-growing industries on the planet over the next decade. Although estimates rightly vary on Wall Street, which is to be expected of an industry with no modern-day legal precedent, the expectation is that global pot sales could hit $50 billion, at minimum, by 2030. For context, the green rush brought in $10.9 billion worldwide in 2018.

Though cannabis is a global opportunity, there's no country that offers more in long-term sales generation than the United States. Various Wall Street projections suggest that perhaps half of all global sales may derive from the U.S. by the end of this decade. That means marijuana stock investors who focus on specific states within the U.S. could walk away with a lot of green of their own.

What states might those be? Let's take a close look at the three (in no particular order) I believe pot stock investors should be focused on.

For your "thanks, Captain Obvious" moment of the day, I propose the Golden State, California, as the first state you'll want to eye especially closely.

There's no denying that California's launch of adult-use cannabis has been a disaster. In 2018, the year California opened its doors to recreational pot sales, revenue actually fell to $2.5 billion from $3 billion in 2017, when only medical weed was legal. Consumers in California have been walloped by aggregate tax rates that can top 40% on legal product, and have had fewer than expected retail locations to make their purchases. As a reminder, roughly 80% of California's jurisdictions have denied dispensaries the right to open in their communities, while the Los Angeles City Council has delayed the assignment of 100 dispensary licenses within the city. The end result has been a resilient black market.

But in spite of these problems, no market in the world is capable of as much in annual pot sales as the Golden State, with some estimates calling for $11 billion by 2030. That makes California a must-follow state moving forward.

Within California, Cresco Labs (OTC:CRLBF) would be a particularly intriguing name to monitor. Although Cresco is a vertically integrated multistate operator with 31 retail licenses in 11 states, the allure is its recently completed acquisition of Origin House. Origin House is one of a select few companies in California to possess a cannabis distribution license. This means by purchasing Origin House, Cresco Labs has gained distribution access to more than 575 licensed dispensaries in the Golden State. Being able to sell its branded products in these dispensaries could provide Cresco Labs with significant upside potential.

Even though Colorado and Washington are both generating more in annual sales than the Sunshine State at the moment, it's medical marijuana-legal Florida that deserves to be closely followed by pot stock investors.

Florida's well-structured cannabis market has encountered few pricing or supply issues, which is a big reason it's expected to generate $1.9 billion in annual sales by 2024, according to the State of the Legal Cannabis Markets report from Arcview Market Research and BDS Analytics. This would be good enough for third-highest in the country, behind only Colorado and California. By limiting the number of operational licenses issued in Florida, the Sunshine State has warded off oversupply concerns and allowed a handful of in-state operators to thrive.

For instance, Trulieve Cannabis (OTC:TCNNF) has emerged from the shadows as the most profitable pure-play pot stock on the planet, for the time being. Rather than spreading itself thin nationally, Trulieve has opened 40 dispensaries in Florida, which has allowed it to keep its costs down while effectively building up its brand in its home market. In the third quarter, Trulieve wound up generating $70.7 million in sales and delivered an operating profit of more than $23 million without the aid of fair-value adjustments or one-time benefits.

What'll be interesting to monitor is Florida's push to legalize adult-use weed in 2022. Trulieve has absolutely dominated the medical pot landscape in the Sunshine State, but the ground rules could change if and when Floridians give recreational marijuana the green light.

Lastly, cannabis stock investors are going to want to home in on Nevada. Even though there are 13 states on track to hit $1 billion in annual sales by 2024, including the likes of Arizona, Illinois, Michigan, New York, and New Jersey, it's the Silver State that could be particularly worthwhile for investors.

What's most notable about Nevada is that it's a tourist state. This means there are plenty of adults looking for a getaway from their daily lives, and they almost always have disposable income to spare. This is why the State of the Legal Cannabis Markets report expects Nevada to lead the country in per-capita cannabis spending by a mile by 2024. In other words, dispensary operators don't need a huge presence in Nevada to be successful. Rather, they just need to stand out.

One multistate operator that does exactly that is Planet 13 Holdings (OTC:PLNHF). The Planet 13 SuperStore just west of the Las Vegas Strip spans 112,000 square feet and will sport an events center, restaurant, and consumer-facing processing center, in addition to a massive retail store. Right now, the SuperStore is responsible for about 9% of the Silver State's total monthly cannabis sales, demonstrating its pull with consumers. And, according to a recent update from Planet 13, the average sales ticket in its SuperStore has jumped from $79 in November 2018 to $100 in January 2020.

There are a lot of great cannabis markets to keep your eyes on in the U.S., but pot stock investors are really going to want to monitor California, Florida, and Nevada moving forward.