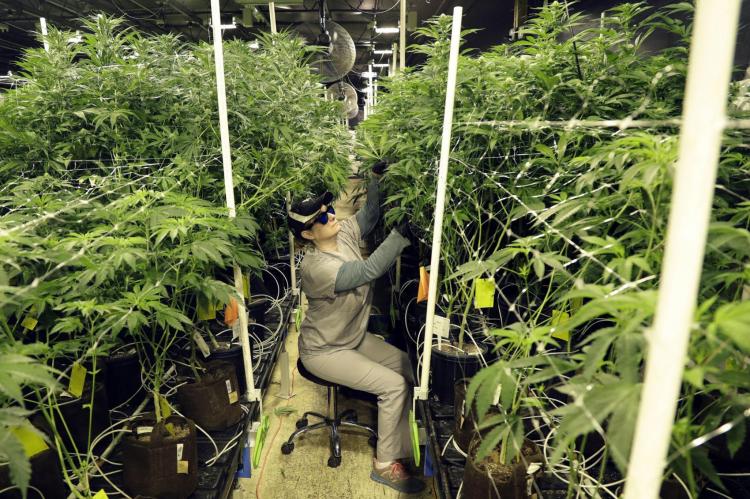 Fifty influential leaders from the state discussed the growing concern over medical marijuana at the Florida Priorities Summit on Tuesday at the University of Miami.

Florida is one of 33 states where residents can legally purchase medical marijuana after obtaining a card from a doctor. Ten cannabis dispensaries opened in Alachua County over the last two years.

The Food and Drug Administration hasn’t approved of cannabis use yet, but medical marijuana is poised to become a “billion-dollar-industry” in the state over the next few years, said Amy Driscoll, Miami Herald politics and health editor.

Here’s how a patient, doctor and a Florida elected official see the cannabis boom.

The state determined 10 conditions that qualify a patient for marijuana use, including HIV, cancer, terminal illnesses and chronic pain, Wong said.

This conditional approach excludes patients who don’t fit these categories, leading physicians to administer cannabis under a comparable basis. For example, a patient who suffers from severe anxiety could have access to THC by comparing his or her illness to PTSD.

“We do that fairly often because a patient doesn’t always fit into those categories, but they need the medication,” Wong said.

Without FDA approval, Wong said patients pay out-of-pocket at dispensaries, which can be unaffordable.

Wong’s North Miami practice tries to use a sliding scale to be accommodating for those who don’t have the financial means to pay for medical marijuana on top of their insurance.

After a long day of studying in the library or working on research, Jenna likes to go home, relax, and hit her THC vape pen.

She’s one of the few in her friend group to receive a medical marijuana card from the state of Florida. After visiting a cannabis doctor in January, Jenna was approved and visits her local dispensary once a month. She pays about $40 for THC cartigrades and drops every visit.

Her mother, received her card a few months before Jenna’s and helped her daughter research the benefits it provides to alleviate anxiety and insomnia.

“It takes into effect quicker,” she said. “If I were to be in a stressful situation, I get my pen and it puts everything at ease.”

Despite legalization, Jenna believes a stigma still exists around medical marijuana, especially at her age. She declined to give her last name out of fear of employers looking at her use negatively.

Although she believes medical marijuana is the future of medicine, she knows it’s an uphill battle.

“If you could take the money that’s used in manufacturing prescriptions for Big Pharma and put it in research towards natural methods that people have been using for years it would solve a lot of problems in healthcare,” Jenna said.

When the audience asked panelists if they’d support a dispensary near or on a college campus, Nikki Fried, Commissioner of Agriculture and Consumer Services, looked back on her UF experiences.

Fried said her parents talked about substances she would encounter in before beginning her freshman year in 1995.

“They said, ‘We don’t want you to drink or smoke,” Fried said. “But if you’re going to have to do one of them, we’d rather you smoke.’”

Fried said alcohol-driven violence is more prominent in college than violence associated with marijuana. The access to a safe substance may curb addiction problems when students are surrounded by bars, she said.

“Obviously, we don’t want people to abuse [cannabis],” Fried said. “We want to make sure there’s an education component also.”