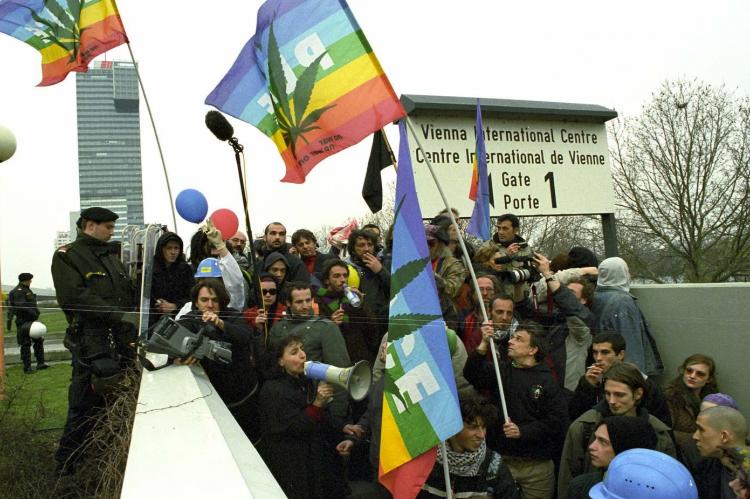 In a huge step forward for cannabis legalization and global drug reform, the UN Commission on Narcotic Drugs (CND) voted on Wednesday to pull cannabis from Schedule IV of the 1961 Single Convention on Narcotic Drugs. Under the UN’s system, Schedule IV substances are considered the most dangerous and addictive drugs.Cannabis will no longer be classified as a drug as dangerous as heroin.

The Vienna-based Commission on Narcotic Drugs (CND) includes 53 member states. Today’s vote came after the CND considered a series of World Health Organization recommendations regarding cannabis and its derivatives.

As votes of confidence go, it doesn’t get much bigger than an endorsement by the United Nations. This historic course-reversal signals that the governments of a vast majority of the planet implicitly recognize the therapeutic value of cannabis.

Nearly 60 years after wrongly categorizing cannabis, the UN finally corrected its error—although there are still miles to go in terms of the CND accurately characterizing cannabis.

Drugs in Schedule IV are a subset of those in Schedule I, which imposes the highest levels of international control. That kept cannabis in the same class of drugs as heroin.

As crazy as it sounds, cannabis and heroin have both been classified as Schedule IV drugs for decades, which means the CND and the UN considered cannabis more dangerous than morphine and fentanyl.

But the UN’s World Health Organization recommended in 2019 that the CND remove cannabis from Schedule IV because of its “therapeutic potential,” noting that it’s not “liable to produce ill-effects similar to the effects of the other substances in Schedule IV.”

This week’s vote could lead to real progress for medical marijuana patients, and the legal cannabis industry, around the world.

For some countries, it will help to legitimize legalization initiatives. Others, like Canada and the United States, will be further justified in expanding the regulated legalization laws already in place.

The UN vote could help nudge the MORE Act, for instance, which is being considered in Congress this week. The MORE Act would remove cannabis from the most restrictive classification of America’s Controlled Substance Act.

The UN vote could also benefit the research field, spurring on studies that could further establish the therapeutic and palliative value of cannabis.

Still more work to do

The WHO passed down the recommendation, along with five other marijuana-related suggestions, nearly two years ago. The CND member states considered the implications of the proposals, then postponed a vote in March 2020 for further study.

Over the past nine months, the commission has held a series of meetings to work through the implications—economic, legal, social, and more—of the WHO’s recommendations.

The other cannabis recommendations were viewed as more iffy, in some cases because of language issues. A proposal regarding CDB, for example, leaves open questions about THC, which may lead to “no” votes even for countries who aren’t opposed to CBD. Two of the recommendations would lead to more control for pure THC.

All the wrangling will likely lead to further revisions that will be considered in the future.