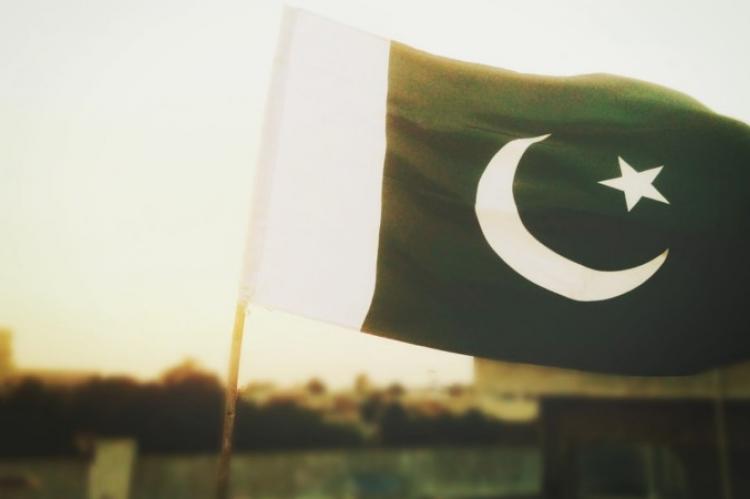 In what it describes as “a landmark decision,” on September 1st, the government of Pakistan announced its intention to legalize hemp, effective immediately.

Despite starting its hemp industry nearly from scratch, Pakistan still expects to reap significant economic rewards in short order. They will fund intensive scientific research to diversify their hemp-based product lines as quickly as possible and forecast profits of at least $1 billion in the first three years after the initial hemp crops are planted. Production will be geared for domestic and export markets simultaneously and will focus on CBD and textiles initially.

“CBD compounds play an important role in therapeutic medicine,” Pakistan’s Minister for Science and Technology, Fawad Chaudhry, told reporters during a press conference to discuss the government’s new edict. “Worldwide, this fiber is replacing cotton. Clothes, bags, and other textile products are being made using this plant’s fiber. Hemp fiber is a $25 billion market, and Pakistan can take a big share in this market.”

In the beginning, Pakistan’s hemp industry will be controlled, regulated, and financed by the government. This support structure could be essential in the early going since the government will be funding crucial R&D activities that might be neglected by private companies focused on immediate profits.

Eventually, Pakistan will transition to more of a free market-style system. Pakistani farmers will be allowed to cultivate, harvest, and process hemp plants containing .3 percent or less of THC, while manufacturers will be licensed to create various value-added products from hemp biomass and extracts.

Prime Minister Khan has approved the country’s first hemp research license, which was awarded to the Ministry of Science and Technology’s Council on Scientific and Industrial Research. Council researchers will analyze the genetics of various cultivars to determine their productive capacity and compatibility with Pakistan’s microclimates. The researchers will also focus on product development, as they investigate a wide range of potential industrial and medical applications for products made from essential oils and hemp biomass.

The prestigious International Center for Chemical and Biological Sciences (ICCBS) at the University of Karachi will also be deeply involved in hemp research. According to Dr. Iqbal Chaudhry, the ICCBS director, his institution has both the equipment and the expertise necessary to develop, test, and certify hemp-based products, specifically for the export market where the competition is intense, and quality control is vital.

“This is a major breakthrough, first, for research institutions,” explained Muhammed Qayyum, a Pakistani government advisor and director of a company that produces herbal supplements and other health-oriented products. “Cannabis has always been a no-go area, so this means they can start working on the required studies.”

Cannabis remains illegal for medical or recreational use in the country. The Ministry of Narcotics will monitor activity associated with the hemp trade to ensure it isn’t used as a cover for marijuana production and sale.

Previously, hemp had been assigned the same classification as cannabis and was, therefore, completely illegal. But the clear differentiation between CBD and THC, and hemp and marijuana, finally allowed common sense to prevail.

Despite legal restrictions, there has never been any doubt about the agricultural viability of cannabis and hemp in Pakistan. Wild versions of cannabis grow abundantly in many areas and can even be found growing in various locations within the borders of the capital city of Islamabad.

WHY HEMP AND WHY NOW?

The global demand for CBD-based products is projected to grow by 22.2 percent annually between 2019 and 2025, putting Pakistan in a good position to leap into a market with room for new entrants. Likewise, the worth of the industrial hemp market is expected to increase at an impressive rate of 34 percent annually during the same six-year time frame, rising from $4.6 billion to $26.6 billion in total value. It is the projected growth in demand for hemp fiber that will drive much of this expansion, validating Pakistan’s decision to invest its initial efforts in this sector.

Its potential as a replacement for cotton in textiles is the primary reason why Pakistan is unleashing hemp. At one time, Pakistan was the world’s fourth-leading producer of cotton. But price slumps and a lack of high-quality seed has eroded cotton’s hold over the country’s agricultural economy. This development is significant and ominous for Pakistan since agriculture is responsible for nearly 20 percent of its gross domestic product and employs more than 38 percent of its workforce.

In an economy this reliant on agriculture, rapid realignment is impossible. That makes it imperative for Pakistan to find a suitable substitute for cotton as a staple crop, and the government is betting that hemp can fill the bill.

Trade imbalances and poor export performance, in general, are other motivating factors that explain the Pakistani government’s actions. Inflation and economic stagnation have dramatically increased Pakistan’s trade deficit, which only a fresh injection of stimulus on the supply side can repair. Value-added products made from hemp could be the perfect remedy, since the hemp industry’s growth patterns have been favorable and show no signs of slowing down, even in the wake of a worldwide pandemic.

IN HEMP, THE SKY IS THE LIMIT

As Pakistan enters the hemp market, it won’t be without competition. More than 30 nations produce industrial hemp, and that number will continue to expand in the years ahead.

But the growing global demand for hemp underscores the nearly universal utility of this versatile plant. Pakistan’s initial foray into the hemp market focuses on CBD and textiles, but they will have opportunities to expand their focus once their production line is established. Hemp can make biofuels, animal bedding, rope, paper, plastic, and even construction materials, just to name a few of its possible applications.

As knowledge of hemp’s flexibility increases, the demand for it could prove insatiable. Right now, Pakistan’s decision to entrust its economic future to hemp seems wise and prescient.