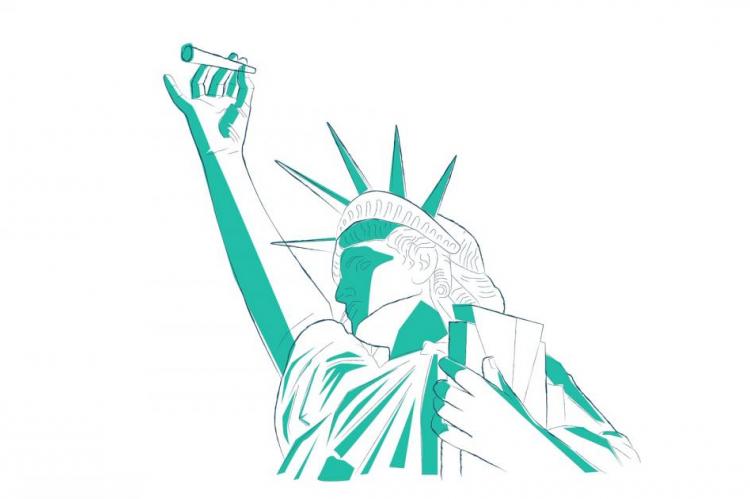 With reform efforts underway, investors and cannabis pros have their eyes on countries across the globe, with the expectation that international sales will spike.

Germany looks promising since the nation "has a medical cannabis industry poised for significant near-term growth through its advanced patient-reimbursement program," he says.

"Germany has firmly established itself as the market leader for medical cannabis, and that is unlikely to change in 2021 despite some additional European countries coming online with medical cannabis programs," Anand says.

Anand also highlighted the UK market. They expect significant gains within the year. The CBD sector, Anand says, had a $375 million market value as of 2019. That figure is expected to more than triple in the next five years.

Brightfield Group Research Manager Jamie Schau says the CBD markets in both the UK and Switzerland, should see substantial growth in 2021.

"Though they are not poised to become market leaders in Europe given Germany has such a strong lead there," Schau says.

Certain African countries have passed medical cannabis reform ever since Lesotho first did in 2017. Dr. Pritesh Kumar, managing director of Phytosciences Ghana Consultants says "it is clear" that several nations are positioned to perform well this year. He cited Zambia's December 2019 legalization as an example of a country's passing reform to address a deficit and growing debt.

He also highlights several other efforts underway in Africa, including:

"In short, there is an aggressive rate of legalization occurring on the African continent," Kumar says.

"Both have smaller markets than many others and have less favorable laws," he says. In 2020,

New Zealand voters rejected a ballot initiative that would have legalized adult use cannabis.

There are several parameters to assess when looking for a thriving cannabis market.

"Cannabis is still easy to sell on the black market, so if a city, state, or country places a high tax on cannabis products, the black market will thrive," he adds, citing how incremental tax rates increased to the desired amounts may occur once illegal activity is under control.

Detwiler, whose company has a Bogota, Colombia-based cultivation site and processing facility, noted that Brazil may significantly progress this year.

With over 20,000 registered patients as of August, new regulations and imports on the rise, the nation could be in a prime position to assert itself in the market further.

"While these regulations are the foundation of a thriving cannabis market, they are grounded in both consumer safety and long-term public health," he explains.

For Materia's Anand, nations legalizing cannabis must "not lose sight of addressing domestic needs first from a medical perspective and later on from adult-use and economic perspectives."

Additionally, governments must focus laws on including the disproportionately affected into their frameworks.