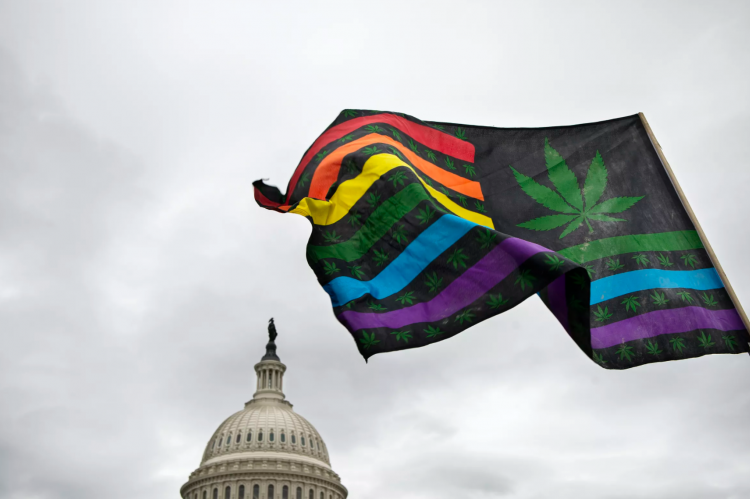 Between the presidential election, governor races, and down-ballot contests, this year’s election features a lot of important choices. Among those, voters in five states will have a chance to legalize marijuana for recreational or medical uses.

If all these measures are approved, the United States would go from having 11 states in which marijuana is legal to 15. Counting by population, that would mean more than one-third of Americans would live in a state with legalized marijuana, up from more than a quarter today.

The ballot initiatives represent a massive shift in drug policy. A decade ago, zero states had legalized marijuana. Then, in 2012, Colorado and Washington became the first two states to legalize cannabis for recreational use and sales — and many others followed.

That policy may reflect a change in public opinion: As it stands, public opinion surveys show that even a majority of Republicans, who tend to take more anti-marijuana views than their Democratic and independent peers, support legalization.

In that context, legalization advocates are optimistic about their prospects this year, even in historically red states like Arizona, Montana, and South Dakota. If all these measures are successful, the US will have taken a major step forward both in undoing its drug war, and in undoing some of the damage it has done to communities of color.

Below are this year’s marijuana ballot questions, along with live results powered by our friends at Decision Desk.

A yes vote on Proposition 207 would legalize marijuana possession and use for adults 21 years and older, and would allow individuals to grow up to six cannabis plants. It would create a framework for legal sales, which would be subject to a 16 percent sales tax. Finally, it would allow people with criminal records related to marijuana to petition for expungement.

A no vote means marijuana would remain illegal for recreational purposes, although it’s already legal for medical use in Arizona.

A yes vote on statutory measure I-190 would allow possession and use for adults 21 and older, letting them grow up to four marijuana plants and four seedlings for personal use. It would create a legal framework for sales, along with a 20 percent tax. It would allow people with criminal records related to marijuana to petition for expungement.

A no vote means marijuana would remain illegal for recreational purposes, although it’s already legal for medical use in Montana.

A yes vote would legalize the possession and use of marijuana for adults 21 and older, and task the state’s Cannabis Regulatory Commission with regulating sales.

A no vote means marijuana would remain illegal for recreational purposes, although it’s already legal for medical use in New Jersey.

A yes vote on Amendment A would legalize marijuana possession and use for adults 21 and older. It would allow individuals grow up to three cannabis plants if they live in a jurisdiction with no licensed marijuana retailers. It would also allow for distribution and sales, with a 15 percent tax.

A no vote means marijuana would remain illegal in the state.

A yes vote on Initiated Measure 26 would create a medical marijuana program for those with debilitating medical conditions. Patients would be able to possess up to three ounces of marijuana and grow three plants or more, depending on what a physician recommends.

A no vote would mean marijuana would not be allowed for medical purposes in the state.

Ballot Measure 1 is broken up into two measures.

A yes vote for Initiative 65 would allow those with qualifying conditions to possess up to 2.5 ounces of marijuana, taxed at 7 percent. The Mississippi Department of Health would be tasked with setting up regulations for distribution.

A yes vote for Initiative 65A would allow those who are terminally ill access to marijuana, and would empower the legislature to refine the specifics set in Initiative 65.

Voting for neither means that medical marijuana would not be made available.