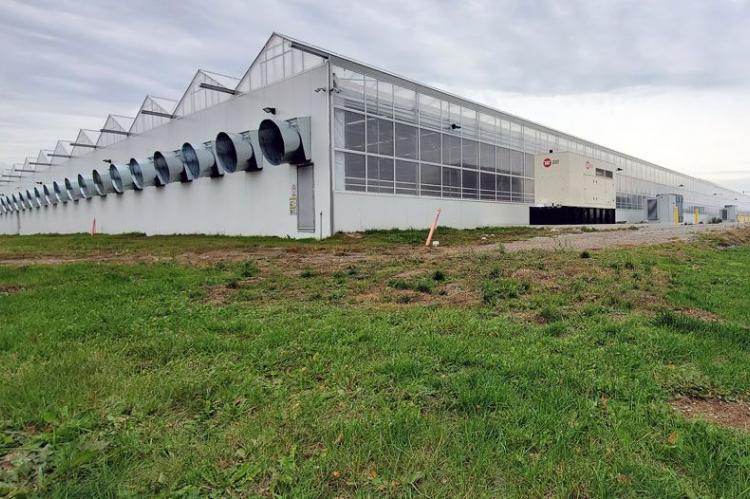 When Aurora Cannabis acquired greenhouse design firm Larssen in late 2017, it was a shot across the bow of rival Canadian marijuana producers.

In short, the Alberta-based producer was signaling to the industry it intended to win the “funded capacity” race at any cost – even if that meant buying the company designing your greenhouse.

Purchasing a company that specialized in designing greenhouses – at precisely the time more airport-sized greenhouses were the last thing the industry needed – was a distraction for the company’s management at a time when focus and execution were key, experts say.

Many of the greenhouse transactions in the industry at the time ultimately led to direct real estate losses worth millions of dollars and “balance sheet adjustments” worth billions of dollars, financial statements show.

In Larssen, Aurora thought it was gaining a competitive edge over its rivals, which – like Aurora – were obsessed with building massive cannabis greenhouses to satiate investors and grease its stock, industry insiders have said.

At the time, Aurora said Larssen was involved with “over 15” cannabis industry clients globally and promised that any Canadian project not in the best interest of Aurora “will be notified that (Larssen) will no longer participate in such project.”

It was a decisive, bold play.

But, like most Aurora M&A deals of that era, the purchase of Larssen for an undisclosed sum did not pan out.

Instead, Aurora’s acquisition of Larssen illustrates the lack of focus demonstrated by the largest cannabis companies: Were they in the business of delighting customers, building greenhouses or selling stock?

Three years later, Aurora quietly admitted in a regulatory filing it was selling Larssen back to its original owner “for a nominal amount.”

Many of the large greenhouses financed or acquired amid the chaotic cannabis bubble were simply never needed to meet the level of demand that was forecast in the early years of legalization, as Marijuana Business Daily reported weeks after the Larssen acquisition.

So why did cannabis producers build so many greenhouses independent of demand forecasting?

In the case of at least Aurora, executive bonuses at the time were partially tied to building cannabis production in Canada and establishing new facilities outside Canada, a regulatory filing shows.

That created an incentive for executives to not only pursue M&A to build up production capacity but also to continue building out their own massive facilities.

“This became not a business-building industry for a bit. It was a press-release industry. Everything was a press release. The bigger the number, the better. The more grandiose the vision, the better,” he told MJBizDaily.

“There was a component of it that was a gamesmanship of the stock market.”

In an annual filing with the U.S. Securities and Exchange Commission earlier this year, Ottawa-headquartered Hexo Corp. had to both justify its CA$263 million acquisition of rival producer Newstrike Brands and explain why it chose to suspend operations at Newstrike’s key facility.

Four months after the deal closed, Newstrike’s flagship greenhouse was sold off for CA$10 million.

Similar deals were seen across the industry.

Vancouver, British Columbia-based Sunniva spent CA$25 million on its “Canada campus” as of late 2018, according to regulatory filings. It sold the property this summer for CA$6.8 million.

In May, Aurora accepted an offer for a greenhouse in Exeter, Ontario, for what appeared to be approximately half its CA$17 million listing price and one-third of the original purchase price.

That same month, to reduce capital outlays, British Columbia-based cannabis cultivator Tilray closed the 406,000-square-foot greenhouse it received with its acquisition of Natura Naturals Holdings only one year earlier.

Ontario-based Canopy Growth spent years acquiring and building greenhouses in Canada and overseas, only to shut some down before the company ever turned a profit.

In April 2018, Canopy boasted it was on pace to “exceed 5.6 million sq. ft. of domestic growing space.” Today, a fraction of that space is operational.

Canopy spent nearly CA$500 million in stock and cash in July 2018 to acquire the remaining one-third interest of the BC Tweed operation it didn’t already own.

Later, the massive greenhouses associated with that deal were effectively shut down.

More cannabis greenhouses are for sale than ever, but some companies might not be finding the market they expected.

Bianca Gilbert and Alan Johnson, real estate agents with Colliers International in Vancouver, have been on the front lines of cannabis greenhouse transactions.

Gilbert said she’s seen an uptick in the facilities that are for sale, “ranging from massive greenhouses to smaller-scale cultivation. We’re starting to see a mix of processing facilities, where 90% of the construction is completed.”

“We’re seeing interest across the board. Some of our facilities get 300-400 calls,” Johnson said, adding, “everybody is looking for a deal.”

But the agents noted a disconnect between what cannabis businesses want to sell their greenhouses for and what a realistic price point is.

That’s because cannabis firms put millions of dollars in upgrades to get buildings up to, or exceeding, code for cannabis cultivation.

Then they account for those upgrades when they go to sell.

“That’s where the disconnect is,” she said.

“You’ve spent money on improvements, but those are yours. It might not be what a buyer would choose to put in there. So it’s not worth a 1:1 ratio on a cost basis.”

Cannabis companies should not expect to recoup the full expense of their real estate improvements, Gilbert said, “unless you find a company with the same business model as you, but it’s slim to none.

“If you can find a company with a similar business plan, then that’s who’s going to pay the biggest premium.”

Mary Durocher, president of Fox D Consulting in southwestern Ontario, noted that the market for cannabis greenhouses today is nowhere near what it was five years ago.

“In 2015, you had to jump through hoops, and (greenhouses) were highly valuable. (Now), a lot of public companies try and price their greenhouse based off of that,” she said.

But the same facility can be built today for a third of the cost.

“We’ve got probably a dozen clients who have their facility up for sale, just because they don’t have the funds to operate them,” she said.

“Dreams are high. It will sit on the market for a few months, and they will come to the realization once they’ve got no offers or significantly lowballed offers.”

Some executives do not really understand the buyers’ market, she said.

“I can understand that is quite difficult. If I spent CA$100 million and my return was only CA$10 million, I’d be quite upset as well.

“But from my perspective, growing up in Leamington, it blew my mind from the beginning. Who is spending CA$100 million on a greenhouse? We just built one for 8 (million).”