Here's why a Biden administration will be good for the US cannabis industry, even though it's unlikely he'll legalize marijuana federally 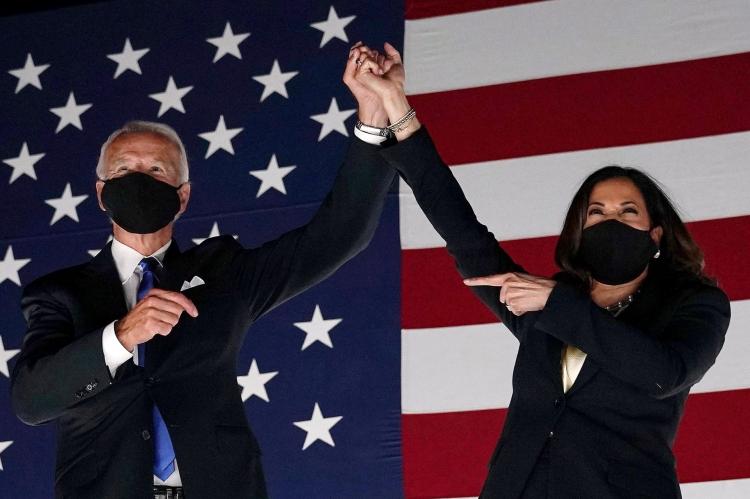 President-elect Joe Biden will be good — but not great — for the cannabis industry, analysts, executives, and other experts say.

While Biden has stopped short of endorsing federal legalization, both he and Vice President-elect Kamala Harris, have campaigned on decriminalizing marijuana.

Marijuana decriminalization is a key pillar of Biden's criminal justice reform plan. The campaign said Biden's administration would move cannabis from Schedule I of the Controlled Substance Act (CSA) to Schedule II, which would allow more researchers to study the drug's impacts as both a medicine and a consumer product.

On top of that, the Biden administration has said it will back legislation to expunge the records of those convicted for marijuana-related crimes. Biden also supports cannabis legalization for medical uses and wants to allow states to legalize recreational cannabis and create commercial markets without federal interference.

Still, analysts had said a clear Democratic win in the US Congress would be the most positive outcome for the industry. Democrats are likely to keep control of the House, but it isn't yet clear which party will have the advantage in the Senate, according to Decision Desk HQ.

"[A] win by Vice President Joe Biden potentially suggests an executive branch more amenable to cannabis reform," analysts from the investment bank Stifel wrote on Friday morning. "But with Republicans likely keeping control of the U.S. Senate, we believe this suggests difficulty for cannabis reform achieving success through Congress."

And beyond Biden's projected victory, cannabis reform swept 5 states where it was on the ballot on Tuesday, including the prized states of New Jersey and Arizona. Once these ballot measures go into effect, one-third of the US population will have some access to legal cannabis.

Still, marijuana companies face some headwinds. Biden's proposals to loosen restrictions on marijuana would make it easier to do research, but they would not eliminate 280E, a provision of the tax code that raises costs for cannabis firms.

Harris, for her part, sponsored legislation in the Senate called The Marijuana Opportunity, Reinvestment, and Expungement (MORE) Act, which would remove cannabis from the CSA entirely and expunge the records of those convicted for marijuana-related crimes.

The House is set to vote on the MORE Act after the election during the lame-duck session, before newly-elected members are sworn in.

A Republican Senate would be an obstacle to cannabis reform

Despite Biden's more friendly position on cannabis reform than his predecessor, a Republican-controlled Senate would be an obstacle to cannabis reform. Senate Majority Leader Mitch McConnell opposes bringing cannabis legislation to the Senate floor, meaning that the MORE Act, even if it passes the House, won't get a shot in the Senate.

A different cannabis reform bill, the Strengthening the Tenth Amendment Through Entrusting States (STATES) Act, which would allow states to determine their own cannabis policies without federal interference, is supported by more Republicans than the MORE Act, though it's unclear whether McConnell would allow a vote.

It's also possible that the SAFE Banking Act, a bill that would allow cannabis companies to access banking services like any other industry, will be tacked on to the next version of the COVID stimulus bill passed by Congress, executives told Business Insider.

If Democrats win control of the Senate, Sen. Chuck Schumer has said he would prioritize cannabis legalization — specifically, the MORE Act.

Canadian cannabis companies may still be kept out of the US

Stifel analysts say that the Canadian cannabis producers — especially those like Canopy Growth and Aphria that have inked deals to enter the US market when permissible — will still be precluded from operating in the US because cannabis is unlikely to be legalized federally.

"We believe descheduling would upend the current industry suggesting enhanced competition for MSOs [multistate operators or US cannabis companies] in sustaining and further their positions with the competitive threat from large established U.S. consumer companies who tout infrastructure, brands, and large cash generating businesses that could support investment behind nascent opportunities," the analysts wrote.

Despite the uncertainty in the Senate, Biden's cannabis plan offers cannabis companies much more certainty than they experienced under Trump. His administration — under former Attorney general Jeff Sessions — repealed Obama-era guidance allowing states to set their own cannabis policies without federal interference.

And Attorney General Bill Barr has pushed the Department of Justice to investigate cannabis industry mergers under antitrust laws, based on what a whistleblower contends is a personal dislike of marijuana.