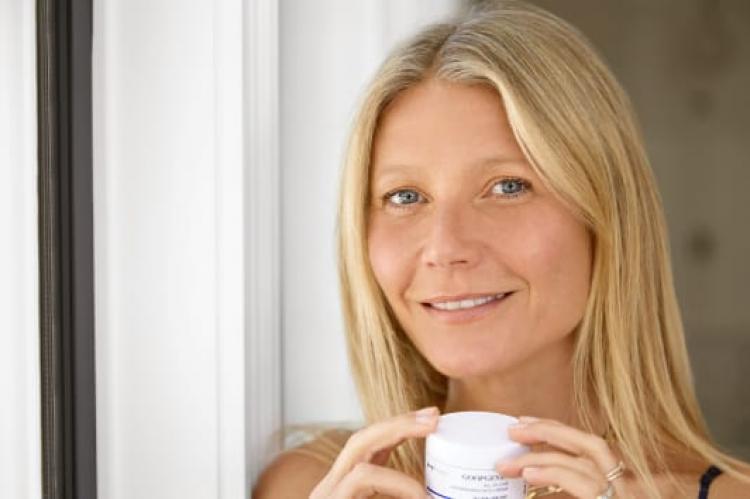 Paltrow calls cannabis a “hero ingredient of the future” for wellness and says she was drawn to Cann’s drinks, which are infused with small doses of THC and CBD, as an appealing alternative to alcohol.

It’s the first time Paltrow is speaking about a personal investment in the cannabis industry, though Cann is not the first company in the space she’s backed. Financial terms of the Cann deal were not disclosed.

“We’re very clearly and definitively moving in the direction of cannabis being legalized, and I think it should be,” said Paltrow. “I’m actually not a big personal user of it. But I do think that there are amazing medicinal qualities to it and it is really helpful for a lot of people.”

Cann produces adult-infused beverages with flavors like grapefruit-rosemary, lemon-lavender, blood orange-cardamom. The tonics contain 2 milligrams of THC and 4 milligrams of CBD — portions of cannabis compounds that are considered microdoses. Cann’s founders, former Bain consultants Luke Anderson and Jake Bullock, said the point of the smaller doses is to incentivize consumers to have multiple drinks without getting incapacitated.

CBD is short for cannabidiol, which many say delivers the calming benefits of marijuana without the high that comes from THC, or tetrahydrocannabinol.

Anderson hopes Paltrow’s large following will help the company usher in new customers who may be open to an alternative to alcoholic beverages. The company’s latest fundraising includes investments from singer Tove Lo and former NBA player Baron Davis.

“When people think of Gwyneth Paltrow, they don’t think of ‘weed’ — they think of cutting-edge solutions for today’s health and wellness needs,” said Anderson. “Her endorsement is a sign that Cann (and microdose beverages more broadly) are a viable answer to that very common consumer pain point.”

The U.S. infused beverage market is a rapidly growing vertical, doubling in sales over the last two years in legal states, from $4.2 million in September 2018 to $8.3 million last month, according to analytics firm Headset.

Canopy Growth, one of the world’s largest cannabis firms, owns a stake in BioSteel Sports Nutrition, a nutritional company that is popular with athletes. This month, BioSteel signed an exclusive deal with two major beverage distributors. The partnership allows Canopy Growth to get its infrastructure in place to tap into the infused beverage market in the U.S. if legal and regulatory headwinds are cleared.

Cann’s drinks are available at dispensaries and for delivery in California and Nevada. But the company plans to use its latest funds raised, along with the $5 million it raised in January, to expand to four more legal states in the next six months.

“It’s going to be all about how people brand it and connect with the customer and what the aesthetic is,” said Paltrow.