7 States May Be Voting on Marijuana in November 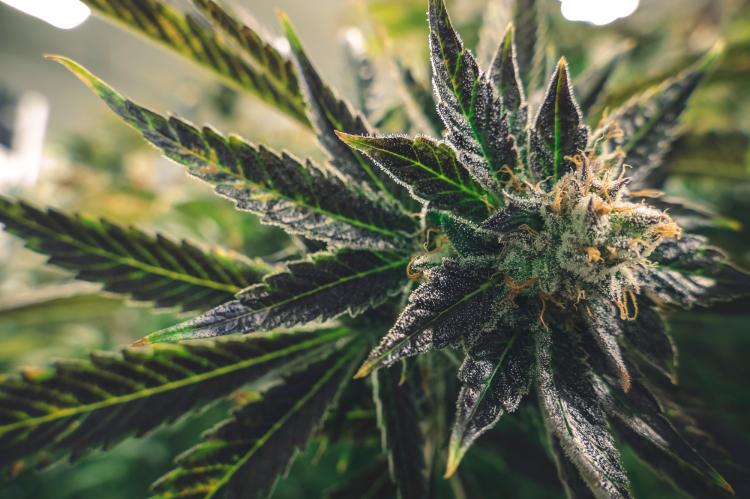 Despite the chaos, 2020 could be a banner year for state-level cannabis legalization.

Despite it being a crazy year, Americans can't lose sight of the fact that Election Day is a little over three months away. At stake are 435 seats in the House of Representatives, roughly a third of all seats in the Senate, and, of course, the Oval Office.

But it's an equally important election at the state level. No matter what happens federally, it's unlikely that marijuana's scheduling will be changed anytime soon. This means state-level cannabis legalizations will continue to play a major role in growing the U.S. pot industry.

This coming November, residents of three states are guaranteed to be voting on a cannabis measure in their respective states. However, four additional states may join.

New Jersey: Will be on the ballot

While there's no such thing as a lock when it comes to voting on the legalization of marijuana, New Jersey's constitutional amendment that aims to legalize adult-use marijuana appears to have a very good chance at passing. According to an April survey from Monmouth University, 61% of New Jerseyans would be in favor of a statewide legalization of cannabis.

If approved, New Jersey would likely be on its way to approaching $1 billion in annual sales by the midpoint of this decade. Curaleaf Holdings (OTC:CURL.F), which leads all U.S. multistate operators in terms of total operating dispensaries (57), would certainly welcome this legalization. Curaleaf already has a presence in the Garden State's medical marijuana industry, and it would likely be able to pivot its existing infrastructure to take advantage of adult-use weed sales within the state.

Mississippi: Will be on the ballot

Rub your eyes all you want -- that really does say Mississippi. Traditionally, highly conservative states have shunned the idea of legalizing cannabis in any capacity. However, national support for medical marijuana is (pardon the pun) especially high. If cannabis proponents have their way, Initiative 65 or Initiative 65A will be approved come November.

Under Initiative 65, medical marijuana would be approved for patients who have one of more than 20 specified qualifying conditions. But under Initiative 65A, the smoking of medical cannabis would be restricted to terminally ill patients and require a lot of increased oversight. Voters will first choose whether they're for or against the legalization of medical marijuana, then decide whether they prefer 65 or 65A, assuming those in favor of legalization have more votes.

South Dakota: Will be on the ballot

Of all the states to make marijuana history in 2020, who placed their bet on South Dakota? The Mount Rushmore State is set to become the first to have its residents vote on medical marijuana and recreational marijuana on the same ballot. Currently, cannabis is entirely illicit in South Dakota.

Measure 26 is a medical cannabis initiative that'll allow voters to decide whether or not a medical pot program should be established in the state for individuals with a debilitating medical condition. Meanwhile, Constitutional Amendment A would legalize the recreational use of weed in the state and require the South Dakota State Legislature to develop medical marijuana and hemp sale regulations prior to April 1, 2022.

As a somewhat conservative state, going from entirely illicit to pedal-to-the-metal legal may not happen. But Measure 26 looks to have a real shot at passage, in my view.

Aside from New Jersey, the only other state with a good shot at legalizing recreational marijuana is Arizona. Residents of the Grand Canyon State have submitted signatures for the Smart and Safe Arizona Act, which would legalize adult-use cannabis and apply a 16% tax on marijuana sales. Most of the revenue raised from legal pot sales would go to fund community colleges, police and fire departments, and into the state's highway user revenue fund.

If approved, Arizona would have a very good case to reach $1 billion in annual weed sales by mid-decade. That would be news to Harvest Health & Recreation's (OTC:HRVS.F) ears. Harvest Health got a bit too giddy with its expansion aspirations and has been shedding noncore assets to reduce its outlays. However, Harvest Health has the largest presence in Arizona of any multistate operator. That makes a prospective ballot initiative for November particularly important for its future.

Montana is also looking to wave the green flag on recreational marijuana, yet support for such a measure is far from a lock in a historically conservative state.

Montana's Initiative 190 would legalize recreational consumption and apply a tax of 20% on nonmedical weed sales. It would also allow persons previously convicted of a cannabis offense, or those serving a sentence, to apply for resentencing or expungement. Thus far, signatures for I-190 have been gathered, vetted, and submitted to Montana's Secretary of State.

Back in March 2019, an online Big Sky poll found that 51% of respondents favored the idea of legalizing marijuana in Montana, compared to 37% who opposed the idea. However, the survey had a margin of error of +/- 5.72%, and seniors were clearly not on board with the idea. Montana could surprise folks come November, but it'll definitely be an uphill battle for I-190 proponents.

Of the 50 U.S. states, there's arguably none that's been more historically anti-cannabis than the Cornhusker State. Whereas virtually every state had some sort of medical cannabis or cannabis oil (including CBD) policy on its books as of 2019, Nebraska was the only one that did not. That may change in November.

On July 2, more than 182,000 unverified signatures were submitted to Nebraska's Secretary of State in an effort to get a medical marijuana constitutional amendment on the November ballot. The measure would allow adults (and children with permission of a parent or legal guardian) to use, possess, and purchase marijuana for serious medical conditions. It would fall on the Nebraska Legislature to develop rules and regulations for an in-state medical pot program.

According to a recent poll from McLaughlin and Associates, 76% of prospecting Nebraskan voters were in favor of legalizing medical marijuana.

Last, but not least, residents of Oklahoma may be voting on recreational marijuana legalization measure come November. There are quite a few constitutional amendments pending official review in Oklahoma, which, given that there are only a little over three months left before Election Day, doesn't guarantee that any of these cannabis initiatives will reach voters.

For example, Question 807 would impose a 15% excise tax on nonmedical cannabis sales, with localities, schools, and substance abuse programs netting the bulk of the revenue raised. It would also allow for the expungement or redesignation of previous or existing sentences tied to marijuana.

Even if a measure or two does make the ballot, Oklahomans are no lock to approve it. An informal poll from News 9 in August 2019 found that 59% of Oklahoma voters would oppose the recreational legalization of cannabis.