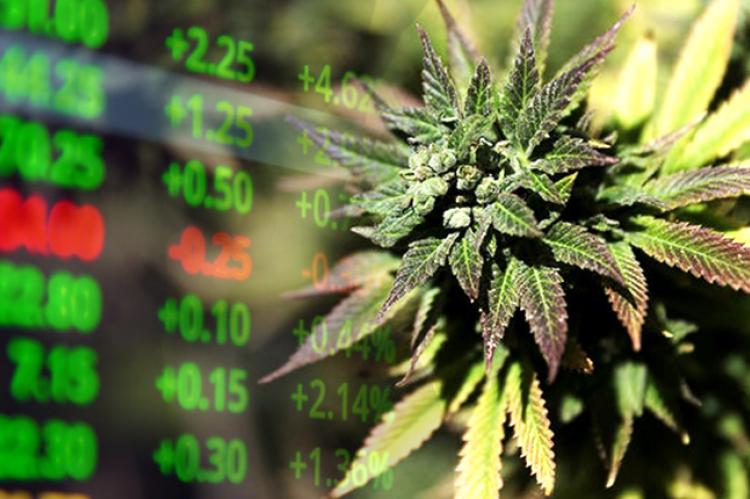 While most of Wall Street focuses on large and mega-cap stocks, as they provide a degree of safety and liquidity, many investors are limited in the number of shares they can buy. Many of the biggest public companies, especially the technology giants, trade in the hundreds, all the way up to over $1,000 per share or more. At those steep prices, it’s pretty hard to get any decent share count leverage.

Many investors, especially more aggressive traders, look at lower-priced stocks as a way to not only make some good money but to get a higher share count. That can really help the decision-making process, especially when you are on to a winner, as you can always sell half and keep half.

The marijuana industry was rewarded with some big wins on election night last week, but investors were initially sellers of the top stocks in the industry. A very curious event, given that the states that voted for recreational use are situated geographically in very positive and densely populated areas. That changed some on Friday, as investors began to tally up the potential for the top pot stocks.

Adult-use cannabis measures passed in all four states where it was on the ballot, including Arizona, Montana, New Jersey and South Dakota. Additionally, South Dakota and Mississippi legalized medical cannabis. Uncertainty regarding the presidential and Senate races could be the reason sellers had the upper hand initially, due to the potential impact on federal cannabis bills.

We screened the 24/7 Wall St. research database looking for marijuana stocks that could very well offer investors some huge returns over the next year or so. While three of the four of the stocks are rated Buy at Wall Street firms, it is important to remember that no single analyst report (and to be frank, there is very few on this industry) should be used as a sole basis for any buying or selling decision.

This somewhat off-the-radar company and has the potential to be a huge winner. Akerna Corp. (NASDAQ: KERN) offers the MJ Platform, an enterprise resource planning system to the cannabis industry, and Leaf Data Systems, a tracking system designed for government agencies.

The company also provides consulting services to the cannabis industry; business intelligence, an infrastructure as a service tool, which delivers supply chain analytics for the cannabis, hemp and CBD industries; and Last Call Analytics, a subscription analytics tool for alcohol brands to analyze their retail sales analytics. In addition, the company operates a seed-to-sale platform that allows cultivators to track and report various stages of their cannabis growing operations, production and sales processes.

Alliance Global has a Buy rating and a $10 target price for the shares. The shares closed Friday at $4.11, up a stunning 32% on the day.

This company is very close to achieving positive cash flow. Aphria Inc. (NASDAQ: APHA) engages in the production and supply of medical cannabis. It operates through the following segments.

The Cannabis Operations segment produces, distributes and sells both medical and adult-use cannabis. The Distribution Operations segment’s operations are carried out through its wholly owned subsidiaries: ABP, FL Group and CC Pharma. The Business Under Development segment includes operations in which the firm has not received final licensing or has not commenced commercial sales from operations.

The company announced this past week it will acquire SweetWater Brewing, one of the largest independent craft brewers in the United States based on volume. Beginning with the flagship 420 beverage offerings, SweetWater has created an award-winning lineup of year-round, seasonal and specialty beers, a portfolio of brands closely aligned with a cannabis lifestyle. The approximately $300 million acquisition has been unanimously approved by Aphria’s board of directors and is expected to close before the end of December 2020. Aphria expects this acquisition to be immediately accretive to EBITDA and diluted earnings per share.

CIBC has a Buy rating with an $8 price objective. No Wall Street consensus was posted, and shares ended trading on Friday at $5.50 apiece.

This company has made a string of acquisitions to grow the scale of its overall business. Aurora Cannabis Inc. (NYSE: ACB) produces and distributes medical cannabis products. It is vertically integrated and horizontally diversified across various segments of the cannabis value chain, from facility engineering and design to cannabis breeding, genetics research, production, derivatives, high value-add product development, home cultivation, wholesale and retail distribution.

Cantor Fitzgerald’s $7 price target accompanies a Neutral rating, and again no consensus target was posted, even though other firms cover the stock. Shares closed Friday at $9.79, up an astounding 56%.

This company had a major international conglomerate take a large position late in 2018. Cronus Group Inc. (NASDAQ: CRON) is a global cannabis company founded in 2012 and based in Ontario, Canada, with a presence across five continents. Its principal activities are the production and sale of cannabis and cannabis-derived products in federally legal jurisdictions.

Back in December of 2018, Altria agreed to buy a 45% stake in the company for about $1.8 billion, a sign of the new world in which the tobacco company must compete. This strategic partnership provides Cronos with additional financial resources, product development and commercialization capabilities, as well as deep regulatory expertise, to better position the company to compete, scale and lead the rapidly growing global cannabis industry.

Cronos last week reported quarterly net income of $68.464 million, or 19 cents a share, down from $604.128 million, or $1.62 a share, in the year-earlier period. Revenue net of excise taxes came to $11.4 million, up from $5.8 million a year ago. Both figures topped the FactSet consensus estimates.

In another very positive release, Cronos announced it has named Kurt Schmidt as its new president and CEO, replacing Mike Gorenstein, who has been appointed executive board chair. Schmidt is a former CEO of Blue Buffalo and has done stints at Nestle and Kraft Foods.

Raymond James has a Buy rating and $10 price target, while shares spiked over 16% on Friday to close at $7.51.

The bottom line for investors is that now the Pandora’s box for the industry had been opened, it most likely it will never be shut again. While the huge dramatic moves some of the top stocks made a few years back, when Canadian legalization was at the forefront may be history, are over, there is good reason to add some top cannabis stocks to aggressive growth portfolios now, after very positive election results.