2022 Was Marijuana Reform’s Best Year And Everyone Is Unhappy About It: How To Move Forward (Op-Ed) 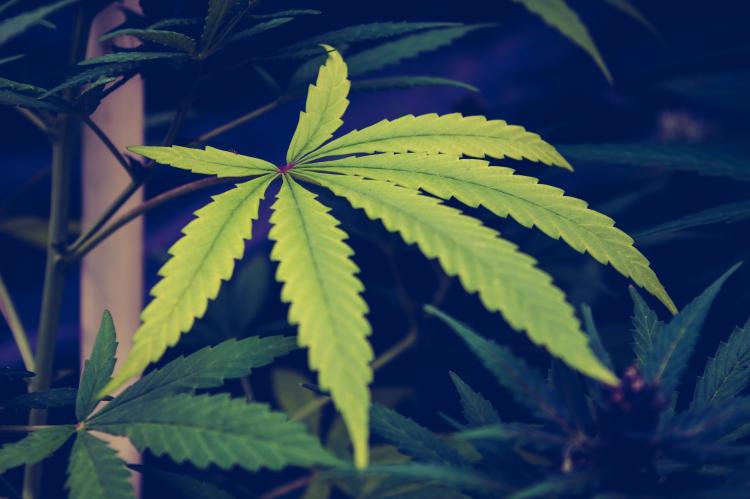 2022 was the best of times for marijuana policy reform in America—but if you read the headlines or (god forbid) log onto Twitter, you could be forgiven for thinking that it was the worst.

This Orwellian doublethink is understandable if you look at it through the lens of a minute-by-minute analysis, or by only looking at the stock prices of the young, dominant players in the emerging cannabis industry. But we must keep the long game in mind when we think about ending the 85-year policy of marijuana prohibition and criminalization.

I got my start in cannabis reform efforts working on a decriminalization bill as a lowly state Senate aide in Virginia in 2015. That experience informs my advocacy over the last seven years, five of which I had the honor to play the role of the “pot smokers’ lobbyist” at NORML—and now for over a year running a new non-profit Better Organizing to Win Legalization, with its political arm BOWL PAC.

Below is my perspective on how we got to this point and how we can effectively navigate the path forward.

1982: President Ronald Reagan launches “The War on Drugs,” and throughout the decade Congress demonizes cannabis and increases penalties.

2015-2018: A smattering of House appropriations amendment votes, nothing enacted.

2019: The House passes the Secure and Fair Enforcement (SAFE) Banking Act for the first time, but the Senate doesn’t take it up under then-Senate Majority Leader Mitch McConnell (R-KY)

2020: The House passes the Marijuana Opportunity, Reinvestment and Expungement (MORE) Act to end prohibition during the lame duck—the first time a chamber has done so.

Schumer, along with Booker and Wyden, introduce the most comprehensive proposal to date, yet no vote or hearing is scheduled.

President Joe Biden issues a mass pardon for those with federal minor possession convictions, totaling over 6,500 individuals. The only prominent member of Congress to speak publicly against the action was Sen. Tom Cotton (R-AR).

Both chambers pass a narrow research bill, which is signed by the president.

In the waning days of the lame duck session, it is reported that Schumer, along with Sen. Steve Daines (R-MT), organized a bipartisan plan which was thought to have the votes to overcome the Senate filibuster. Due to the perpetually manufactured crisis of end-of-year spending bills, typically the only bills considered are massive spending packages under terribly undemocratic rules.

This allowed McConnell to block its inclusion in the National Defense Authorization Act (NDAA) and, while bragging about it in his floor remarks, he foreshadowed blocking it in appropriations omnibus legislation at all costs.

You may disagree with my presentation of my cherry-picked facts, but that is a pretty remarkable explosion of outcomes.

Let me tell you something that many of those, motivated by profit, have recently been getting wrong about the blame game in the lame duck: SAFE Banking was never going to be viewed as just a banking bill by the Senate. It’s about the underlying criminalization and how it feeds into systemic issues, with each senator uniquely applying their own lens and personal baggage.

For some, it is still the remnants of Reefer Madness and a desire to maintain the oppressive policy of prohibition. Like former Senate Banking Chairman Mike Crapo (R-ID), when he said in 2019: “I remain firmly opposed to efforts to legalize marijuana on the federal level, and I am opposed to legalization in the state of Idaho. I also do not support the SAFE Banking Act that passed in the House of Representatives.”

A committed Senate staffer would regularly remind me that “the Senate is not a small-d democratic institution” when we discussed how to thread this needle in the dumpster fire that is our nation’s upper chamber and the broader American political system in 2022.

Ultimately, for many of the problems facing America, the Senate is typically where idealism goes to die. Even with the bipartisan deal that Schumer and Daines struck, there was no special exception for weed this time.

Advocacy-Industry Divided: Just Not On The Same Page, Or Worse?

I have been a supporter of the SAFE Banking Act since I started at NORML in 2016, and I even took pro-SAFE meetings with groups that have since evolved their positions on the bill and are now demanding reforms to its underlying structure.

Back then, the purpose of the effort was to advance an aspect of legalization and the regulated marketplaces in Congress at a time when neither chamber had a leader who explicitly said they supported reform, be it SAFE or comprehensive. In other words, being for SAFE Banking was a form of harm reduction, not a cure.

Since the 115th Congress, a lot has changed. This includes the funding power of the reform movement, which has shifted dramatically in recent years, with the number of earnest advocates from the Drug Policy Alliance, Marijuana Policy Project and Americans for Safe Access shrinking, for example. On the flip-side, K Street lobby shops are hiring new suits seemingly every month, many of whom never thought about marijuana prohibition before being paid by a private company or trade association to do so.

A lot of new rhetoric has been developed about the SAFE Banking Act over the last four years, paid for by an endless stream of industry groups popping up, or the occasional (and often out-of-context) push poll. Online, baseless escalations over the supposed effects and outcomes of SAFE being enacted or delayed have even resulted in wild accusations.

One that comes to mind was when some accused Booker of having blood on his hands for a murder during a dispensary robbery. Yet I have never seen those accusers raise the alarm of any other murder in their community (let alone a murdered drug dealer, which many congressional Republicans view budtenders as), or be it at another type of legal store, a school, a house of worship or when an officer murders a citizen.

And why was Booker the target of their ire? Because despite being a former cosponsor of SAFE Banking, now armed with the fact that more than half of Americans live in states that have legalized adult-use cannabis, the senator had the audacity to say that a marijuana reform bill in 2022 must extend legal protections to a larger population of people other than just bankers.

Candidly, this type of selective outrage about crime and capitalism doesn’t ring as authentic on Capitol Hill as its proponents think it does. And it alienates advocates who care about the bigger picture.

So in the last year and a half, with the evolving art of the possible on Capitol Hill to sway Booker and other progressives, a lot of pro-SAFE rhetoric has shifted dramatically away from being about public safety and more towards supporting small businesses owned by Black, brown, indigenous and formerly incarcerated entrepreneurs.

But There Is More…

While uplifting small and minority-owned businesses is an admirable goal, it is not one that SAFE Banking as previously passed would do in the manner that many proponents claim.

Given the enduring disparities in generational wealth and the legacy of restricted access to financial tools for historically marginalized communities and those not at the top of the widening wealth gap in America, the previous SAFE text does not match this new zeitgeist, or as some say, “the vibes,” being put out in these new, industry-sponsored marketing campaigns.

So with that, the underlying legislative text of SAFE Banking should be improved to reflect this cultural, political and economic shift and longtime SAFE proponents need to engage meaningfully in that conversation.

One example of that is the work of the Cannabis Regulators of Color Coalition (CRCC), which put out ten suggestions for improving SAFE in their report, “Not a SAFE Bet: Equitable Access to Cannabis Banking, An Analysis of the SAFE Banking Act.” It’s my hope that proponents of the SAFE Banking Act review CRCC’s suggestions and incorporate areas of agreement in their efforts for legislative movement in the new Congress.

No one can say for certain—but having been involved in these conversations for years, I am absolutely convinced that the existing House and Senate Republicans who support SAFE Banking could still be supportive of an improved SAFE that incorporates at least some of those recommendations. But they won’t be if they don’t know they can be, which is going to take a lot of effort and communication in 2023 if it is to happen.

OK, Here’s Where I Tell You What Happens Next

As for what the Republican flip in the House means for this reported agreement between Schumer and Daines? What about comprehensive reform? Well, I’m not going to give you a percentage likelihood because only snake oil salespeople treat Congress like a betting market.

Whatever comes next in the House majority, it’s important to remember that 51 percent of House Republicans already voted for SAFE in the last Congress, including leaders like Reps. Kevin McCarthy (R-CA), Elise Stefanik (R-NY), Dave Joyce (R-OH), Bryon Donalds (R-FL), Kevin Hern (R-OK) and many others.

What comes next is navigating the fact that retiring Sen. Patrick Toomey (R-PA) is out as the ranking Republican on the Senate Banking Committee, with Sen. Tim Scott (R-SC) set to take the helm.

What comes next, speaking of Toomey, is that with the seating of the outspokenly proud legalizer Sen. John Fetterman (D-PA), Senate Democrats will not have to abide by the previous 50-50 power-sharing agreement. This will make it much easier for things to move in committees. And Senate Banking Committee Chairman Sherrod Brown (D-OH) has clearly indicated he is interested in moving SAFE Banking forward as long as it is amended to include something that is good for workers in the industry.

With an actual Democratic majority in the Senate and on committee rosters, should the Banking Committee or another jurisdictionally appropriate one wish to take up a bipartisan package, they could.

In my humble opinion, they would be wise to do so with a modified SAFE Banking, the bipartisan Harnessing Opportunities by Pursuing Expungement (HOPE) Act to support state-level expungements from Joyce and Rep. Alexandria Ocasio-Cortez (D-NY) and/or other narrow reforms such as Small Business Administration (SBA) access, veterans’ healthcare recommendations, worker protections, tax deductibility of employee-sponsored healthcare or other aspects of cannabis reform that enjoy bipartisan support.

All the while, more time, effort and energy deserves to be invested in educating and improving bills like the Cannabis Administration and Opportunity Act (CAOA), the MORE Act, the States Reform Act (SRA) and other leading bills to deschedule cannabis once and for all.

Because this is not about betting markets or stock prices, this is about policy reform and removing needlessly oppressive policies that have been in place for nearly a century and harmed millions of families, disproportionately those from historically segregated communities and those without generational wealth. This will take a tremendous effort and the creation of a movement-moment that harnesses the strengths of our political and cultural realities.

Because democracy is a verb and, as recent and ongoing events clearly show, things are not working well in America. But for the first time ever, there is actually a pathway to accomplish something pertaining to marijuana law reform—but only if the monied interests are willing to live up to the rhetoric they espouse.