1 Big Question to Ask Yourself Before Buying Aurora Cannabis 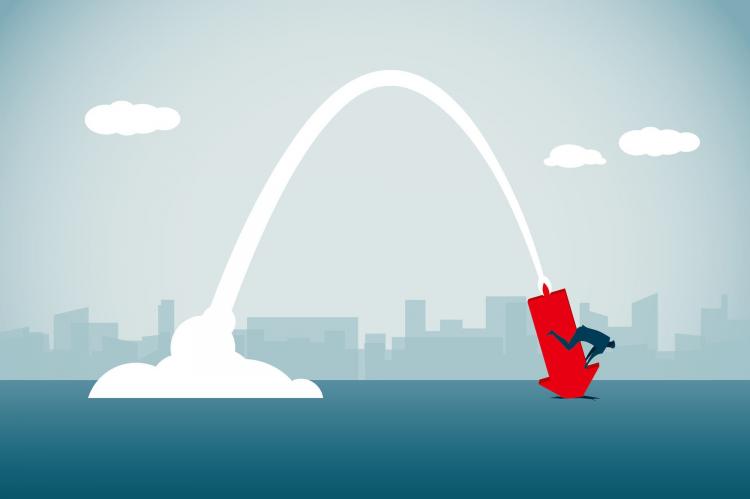 Let's call it like it is. Aurora Cannabis (NYSE:ACB) is an underperforming stock, with its shares down more than 90% over the last 12 months. That's not only worse than the S&P 500, up over 12% during the same period, but it's not even close to the Horizons Marijuana Life Sciences Index ETF, which includes many of Aurora's peers and has fallen by 46%.

The Canadian cannabis company is an intriguing investment because on one side of the coin, its recovery seems inevitable given its low price. On the flip side, the company has continually disappointed investors through share dilution and consistent writedowns. If these trends continue, its shares could crash to the ground. There's certainly significant risk involved with investing in Aurora, and one important question investors need to ask themselves before adding the pot stock to their portfolios is the following:

Is the risk worth the potential reward?

There's no doubt that if Aurora turns things around in the next 12 months, grows its sales, and achieves a positive adjusted earnings before interest, taxes, depreciation, and amortization (EBITDA), then the stock could reverse its current downward trajectory. (Aurora's current target for reaching a positive EBITDA is the second quarter of fiscal 2021.) Considering how much the stock has already fallen, it's not unrealistic to hope it doubles or triples in value during a turnaround.

But the problem is that there's no guarantee this will happen. The company's track record for meeting expectations simply isn't good. In September 2019, the company infamously released fourth-quarter results that fell short of the projections it made only a month earlier.

Since then, the company has undergone two changes in leadership. Founder and former CEO Terry Booth resigned in February, and Michael Singer, who ended up taking over on an interim basis, stayed on until September when the company announced Miguel Martin would be the pot producer's new CEO.

Since Martin's taken over, billionaire investor Nelson Peltz resigned from his role as an advisor to the company. Peltz joined Aurora in March 2019, and many investors were hopeful he'd find a partner for the company, perhaps not unlike the relationship Canopy Growth (NYSE:CGC) has with alcohol giant Constellation Brands (NYSE:STZ). However, nothing significant materialized during Peltz's time with Aurora.

On the Alberta-based company's most recent earnings call, Martin also said the company would be focusing on premium brands, including San Raf and Whistler, which could help it improve its financials. Aurora desperately needs to improve its bottom line; the company's coming off a dreadful fiscal 2020, incurring a loss of 3.3 billion Canadian dollars. Although much of that was due to impairment charges, profits have been elusive for the cannabis company, with Aurora reporting a loss in six of its past eight quarterly results. Any profits it does achieve are typically a result of non-operating items.

Prior to Martin, under Singer, the company was already in cost-cutting mode, slashing expenses and laying off staff. In June, the company also announced it was shutting down operations at five locations in Canada.

Do these changes make Aurora a safer buy?

It's difficult to assess whether the cuts and changes Aurora's made in recent months will be enough to fix what's wrong with the business. Even if Aurora slashes expenses, it may not be enough to turn a profit at its current run rate. The company still needs to worry about growing its sales, which isn't normally an easy or cheap task. In the fourth quarter, its net revenue of CA$72.1 million for the period ending June 30 declined 5% from the third quarter.

That decline in revenue happened when the industry's been doing well. According to Statistics Canada, sales at cannabis stores totaled CA$244.9 million in August. That's up 59% from January when revenue totaled just CA$154.1 million. August was the fourth month in a row that sales were on the rise.

The challenge for Aurora will be growing sales, especially of its premium brands, at a time when many cannabis companies are offering value brands as they try to be competitive and lure customers away from the black market.

Should you invest in Aurora today?

Aurora is a $3.80 stock that could go to either $0 next year or to over $10. If you're prepared to risk losing all or most of your investment in the pot stock, then it may be worth the gamble, but that's what it would be at this point -- a gamble. Until the company can demonstrate some positive results and prove that its strategy is paying off, investors will be taking on significant risk and putting their hopes on the new CEO's vision. But to deploy a change in strategy will likely require an influx of cash from the equity markets, which leads to another problem: share dilution.

Share dilution happens when the company issues stock which decreases an investors' ownership and sends the stock price down as there are more shares hitting the markets. As of the end of June, Aurora reported 115.2 million shares outstanding, and that's after the company's 1-for-12 reverse split, otherwise the tally would be over 1.38 billion. That's up from a year ago when Aurora had just over 1 billion shares outstanding. And there's more dilution to come as Aurora still needs more cash, filing a new shelf prospectus in October that would allow it to issue up to $500 million worth of shares and other equity instruments.

That's why even if the company performs well, it may not be enough to keep its share price from falling further down. Aurora's a dangerous stock to invest in and unless you have a higher risk tolerance, you're better off steering clear of it. As tantalizing as the potential returns may appear, there are better, safer growth stocks you can invest in than Aurora.