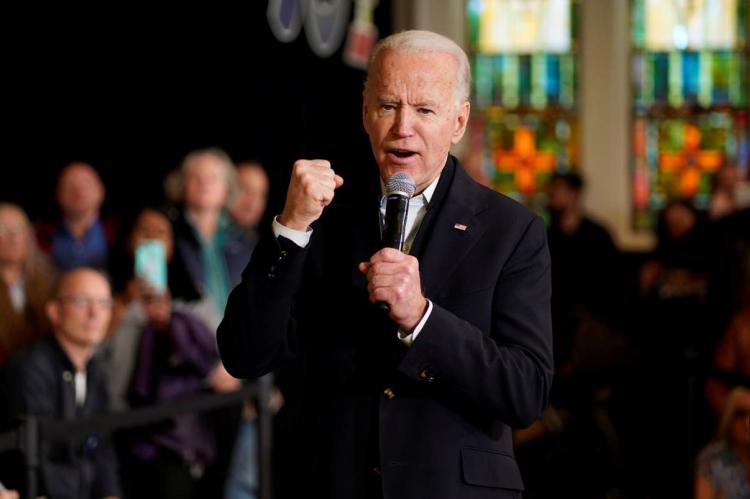 In New Hampshire today Biden described his plan as “basically, legalized” marijuana. However, before he would support literal legalization on the law books, he would want to see more scientific research.

Drug laws in the United States are increasingly becoming a labyrinthine system of contradictions between federal and state law. Multiple Democratic presidential candidates have ventured their own plans to reform laws, lessen restrictions, and even end the War on Drugs.

The War on Drugs began under the Richard Nixon administration in 1970, beginning with the Controlled Substances Act with criminalized marijuana. The past decade has seen multiple states decriminalize marijuana to varying degrees, including full legalization. This has led to jurisdictional difficulties since the plant is still illegal under federal law.

Thirty-three states allow the use of medical marijuana, which requires a doctor’s prescription and can be used to fight seizures or stem the ill effects of cancer. Fifteen states have decriminalized marijuana, meaning that its legally safe for individuals to use but still illegal to sell or traffic in it. And eleven states have legalized the plant in its entirety, allowing it to be used recreationally allowing the opening and existence of chain stores. Only three states, Idaho, South Dakota, and Nebraska, have marijuana criminalized under all circumstances, in line with federal law.

Former Vice President Joe Biden received pushback in November when his plan did not call for the full legalization of marijuana on the federal level, a policy initiative favored by two-thirds of Americans and nearly 80% of Democratic voters. Instead, Biden announced that he supported decriminalizing on the federal level, expunging the criminal records of anyone put in jail for marijuana use, and a pledge of noninterference in the drug policy of states that chose to go farther.

In New Hampshire today Biden described his plan as “basically, legalized” marijuana. However, before he would support literal legalization on the law books, he would want to see more scientific research. Some studies have shown that long term marijuana use can lead to increased chances of schizophrenia in old age.

Pete Buttigieg, the millennial mayor of South Bend, Indiana and the man who is within a few precincts of being declared the winner of the Iowa caucus, has a much more broad plan. Buttigieg has called for the decriminalization of all drugs, included harder substances such as cocaine, meth, and heroin. “The idea that you can criminalize addiction or the idea that incarceration is the right way to handle possession—I think has been disproven by American experience over the course of my lifetime,” he said when he announced his policy in December.

Fellow presidential contender, Rep. Tulsi Gabbard of Hawaii, has taken it one step further. In January, she called for the full legalization and regulation of all drugs. She cited the efforts of Portugal, which legalized drugs in 2001. Since then the country has seen a reduction in drug-related deaths, reduced drug use among adolescents, and a significant decline in the street value of previously criminalized narcotics.While marijuana has become broadly accepted by a majority of Americans in the past two decades, support for the decriminalization (or even legalization) of other substances has not followed.