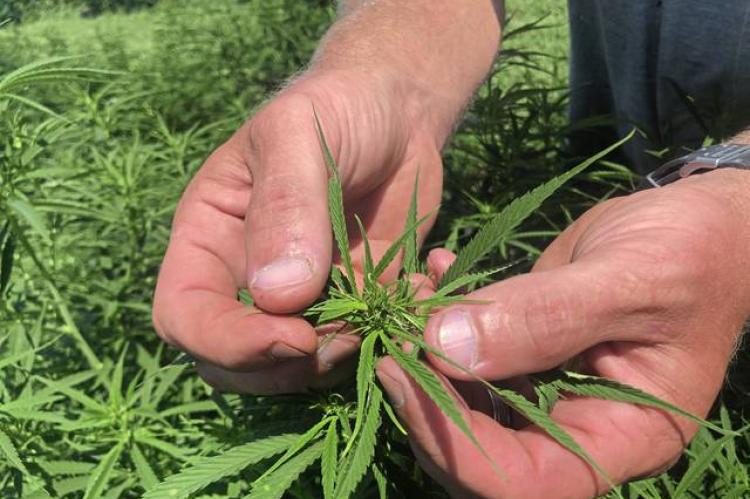 Hemp — and the CBD products that can be made from it — may have been legalized by the 2018 federal farm bill, but members of the nascent industry say new federal rules make it almost impossible to make hemp products without breaking the law.

An alphabet soup of federal and state agencies oversees the growth, processing and distribution of hemp and its byproducts.

The Drug Enforcement Agency recently released its interim rule for hemp products, joining the U.S. Department of Agriculture, which has had an interim rule in place for nearly a year.

The problem with both agencies’ regulations is their strict interpretation of the difference between hemp and marijuana, said Erica McBride-Stark, executive director of the Pennsylvania Hemp Industry Council and the National Hemp Association.

“There are significant problems with the interim final rule that we are all striving to get fixed before those rules become final,” she said.

Hemp and marijuana are the same plant. The distinction between them is legal — not botanical. The 2018 farm bill says that anything comprised of more than 0.3% delta-9-THC — the substance that gets users high — is marijuana.

Farmers and processors both want to follow the rules, according to McBride-Stark. However, it’s difficult to control the precise amount of THC in a plant. It’s very easy for hemp growing in a field to “go hot,” going over the legal limit.

The USDA requires farmers to get the THC-rich buds of their plants tested for compliance, then harvest them within the next 15 days.

“Even with a 15-day window of harvest, which is very narrow, it is possible for hemp to go from legal to illegal within that 15-day window,” McBride-Stark said. “So it’s important there be a little bit of wiggle room here.”

Processing hemp into CBD products is even more complicated, she said. The new DEA rule states that all products made from hemp must remain under the same 0.3% THC limit as the plant, itself.

This did not come as a surprise to members of the industry, but it does pose a major problem, McBride-Stark said.

“Seeing in black and white what we’ve always known to be true is scary for people, and rightfully so, this needs to be fixed,” she said.

“The reason it’s so concerning is that when you’re extracting hemp it is impossible to remain compliant with that distinction,” McBride-Stark said.

The DEA is simply abiding by the law as established by the farm bill, said agency spokesman Sean Mitchell.

The agency’s interim rule is in the midst of a 60-day public comment period.

“The DEA is aware of industry concerns and is evaluating policy options,” Mitchell said.

As for enforcement, Mitchell said the agency’s top priorities are elsewhere.

“In the midst of an opioid epidemic and the expansion of methamphetamine across the United States, DEA is focused on disrupting and dismantling the Mexican cartels that produce these deadly substances and traffic them into our communities,” he said.

The Food and Drug Administration will regulate CBD’s use as medicine and as a food additive. The administration is working on its rules, but has yet to announce them.

McBride-Stark said there are several changes industry members would like to see to make the existing rules more lenient. The DEA could exempt intermediate products. The USDA could implement testing of composite samples taken from multiple parts of a hemp plant, rather than just the THC-rich buds.

“There is a way to comply with both the spirit and the letter of the law without making it basically impossible for farmers to remain compliant,” McBride-Stark said.

The industry’s preferred change is also the most unlikely, as it would require an act of Congress.

“There’s a big push across the industry to have the legal limit raised from 0.3% to 1%, but that’s a legislative change that’s not likely to happen,” she said.

The uncertainty over regulations follows last year’s crash in the price of hemp caused by a glut of supply.

Pennsylvania has more than 500 licensed hemp farmers, and 61 processors.