Election May Determine Whether Marijuana Will Be Decriminalized 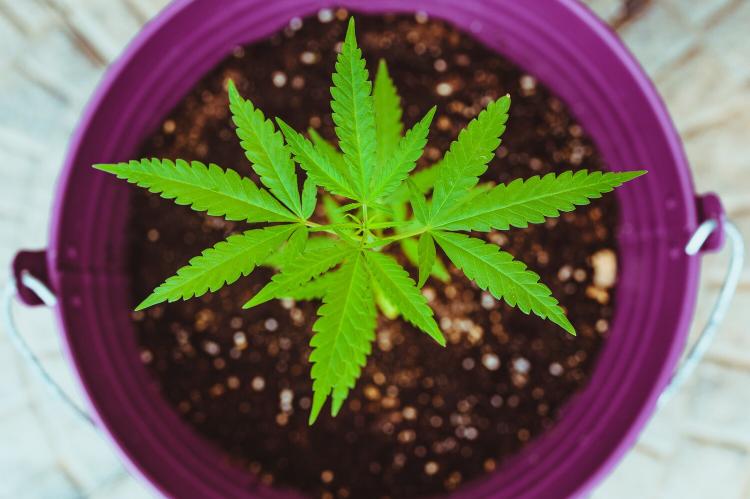 “Times have changed. Marijuana should not be a crime,” Sen. Kamala Harris (D-CA) said last year when she and Rep. Jerry Nadler (D-NY) introduced the Marijuana Opportunity Reinvestment and Expungement Act (MORE Act). The current Democratic vice-presidential nominee called the legalization of marijuana an important step "toward racial and economic justice."

“We need to start regulating marijuana and expunge marijuana convictions from the records of millions of Americans so they can get on with their lives," said Harris.

"Racially motivated enforcement of marijuana laws has disproportionally impacted communities of color. It’s past time to right this wrong nationwide and work to view marijuana use as an issue of personal choice and public health, not criminal behavior," added Nadler, who chairs the House Judiciary Committee.

Thirty-three states and the District of Columbia have legalized medical cannabis and several states allow its recreational use.  If it became law, the MORE Act would decriminalize marijuana at the federal level by removing it as a Schedule I controlled substance.

That wouldn't instantly remove all restrictions; states could still prohibit the sale of cannabis. But the MORE Act would give states more latitude to create laws to suit their needs, establish a trust fund to support programs for communities impacted by the war on drugs, and destroy or seal records of marijuana criminal convictions.

This week the House Judiciary Committee passed the MORE Act and later this month the full House is expected to approve the bill and send it to Senate. Chances are the bill will not pass the Senate, because Majority Leader Sen. Mitch McConnell (R-KY) opposes it -- while paradoxically supporting hemp farming.

However, if the MORE Act passes, it would be a game changer. It could open the floodgates for the development of products that contain tetrahydrocannabinol (THC), which is the psychoactive compound in marijuana.  Some research suggests THC alone, or THC and cannabidiol (CBD) combined, could be more effective than CBD alone for treating pain, anxiety, insomnia and other conditions. More research could discover life-changing new treatments.

Since THC has rewarding properties, such as inducing euphoria, any drug that includes THC would likely be a controlled substance. Nevertheless, decriminalizing marijuana would create enormous economic opportunities for growers and anyone in the business of finding solutions to medical problems for which marijuana or its derivatives may be useful.

But the upcoming election will likely determine whether the MORE Act has a chance to become law in the near future. Democratic presidential candidate Joe Biden supports legalization and decriminalization at the federal level, while President Trump is generally opposed to changing federal marijuana laws. The election will also determine which party controls the House and Senate.

It behooves every voter to become familiar with the candidates' positions regarding cannabis. Criminalizing marijuana has caused great harm. We, as voters, have the power to change that.