This effort to decriminalize marijuana nationally is even getting Republican support 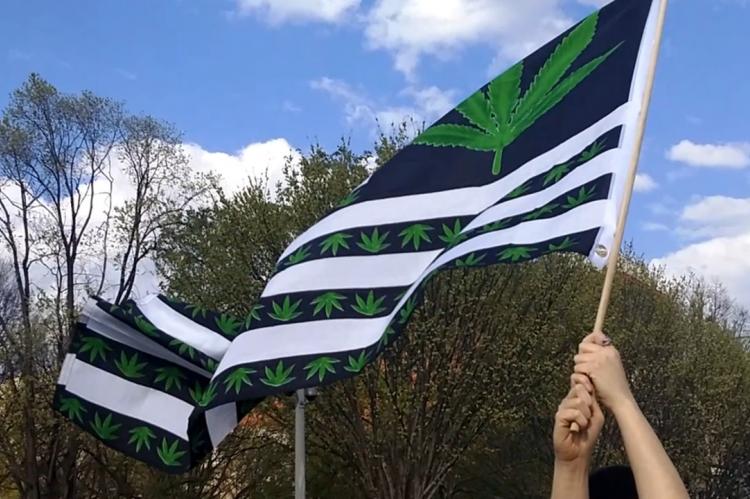 An historic House bill to decriminalize marijuana is moving in Congress with support from both Democrats and Republicans —legislation that would have a dramatic impact on people convicted of using or possessing the drug.

The bill, approved by the House Judiciary Committee last month on a vote that attracted both Democratic and Republican support, would allow marijuana convictions to be erased while allocating federal funds to help people whose lives were profoundly affected.

That could be a big boost for people of color who were disproportionately targeted by marijuana enforcement and wound up with lives upended because of their record.

”This is an incredible step forward in righting the wrongs of the failed and racist War on Drugs,” said Rep. Barbara Lee, D-California.

The committee, which Wednesday will begin impeachment hearings, paused last month to approve sweeping marijuana legislation that would:

▪ Decriminalize marijuana, removing it from the federal Controlled Substances Act. Marijuana is now classified the same way as heroin, meaning the government finds it has no meaningful medical use and is a huge threat to be abused.

▪ Require federal courts to expunge, or erase, prior marijuana convictions and allow people currently incarcerated on federal marijuana charges to request a review of their sentences.

▪ Clear the way for federal Small Business Administration funding for what the committee called “legitimate cannabis-related businesses and service providers.”

▪ Bar the federal government from denying benefits, such as housing, if someone is using or possessing marijuana or has a prior conviction for using the drug.

▪ Establish a 5% tax on marijuana products to create an “Opportunity Trust Fund.” It would provide money for loans to help small businesses in the marijuana industry and services such as job training and substance use treatment for people hurt by the government’s War on Drugs.

▪ Free banks to deal with marijuana sales. Because marijuana is currently considered a Schedule I Controlled Substance by the federal government, banks dealing with marijuana revenue could be subject to legal action under current federal law surrounding money laundering and other regulatory issues, according to Erik Altieri, executive director of NORML, which advocates for marijuana law reform.

The bill decriminalizes, rather than legalizes, marijuana at the federal level, according to the Drug Policy Alliance, which advocates for health-centered drug policies. While there would be no federal penalties, means individual states could apply fines or other penalties, such as a referral to a health service.

The House bill is seen as a big step forward.

“A couple of years ago, Congress wouldn’t have been seriously talking about such a comprehensive bill,” said Morgan Fox of the new programs. “Now it is possible – and necessary – to have real policy discussions about the damage done by prohibition and what we can do to repair it.” Fox is spokesman for the National Cannabis Industry Association.

At NORML Altieri was pleased that states could not only “pursue more sensible marijuana policies without fear of federal incursion,” but that the bill goes further by “seeking to address the racial and social justice issues that are at the core of prohibition itself.”

The House committee vote was the first time a major marijuana descheduling bill has been approved by a congressional panel. It came as 33 states and the District of Columbia have approved some form of legal marijuana use, and 11 of those states, including California and Washington, have legalized recreational use.

California lawmakers also took the added step in 2018 of making it easier for people with prior marijuana convictions to have those convictions expunged.

That law requires the state to examine past convictions to determine whether they are eligible for dismissal and sealing.

Since legalization in 2018, California prosecutors have dismissed or reduced thousands of marijuana-related convictions.

In Washington state, Gov. Jay Inslee signed into law this year legislation that allows judges to consider vacating misdemeanor marijuana convictions for people who were convicted of simple possession before the drug was legalized, provided the person was 21 at the time.

Under the bill before Congress, the federal government would no longer be involved in criminal enforcement of marijuana laws.

The measure’s ultimate fate is uncertain. House Speaker Nancy Pelosi, D-California, is supportive, but there’s no timetable for House action.

Since Democrats run the House, and 63 of the bill’s 64 co-sponsors are Democrats, its chances in that chamber are believed to be good.

Then there’s the Senate. Asked the views of Majority Leader Mitch McConnell of Kentucky, his staff sent a reminder of what he told reporters months ago: “I do not have any plans to endorse the legalization of marijuana.” McConnell did spend time in October in Southern California meeting with cannabis industry officials.

Sen. Kamala Harris, D-California, is sponsoring the decriminalization legislation in the Senate.

The House bill is as much as bill about civil rights and justice as it is about decriminalizing marijuana.

Maria McFarland Sanchez-Moreno, Drug Policy Alliance executive director, estimated that black people are three times as likely as white people to be arrested for marijuana use. Surveys found that blacks use the drug at roughly the same rate, and possibly even less, than whites.

“The reality is that marijuana prohibition has, for millions of black and brown people in the US, been the gateway to arrests, incarceration, loss of livelihoods and lives,” she said.

In the House, there was some Republican sentiment for the bill – a big step in the decriminalization campaign’s progress, said Matt Sutton, spokesman for the Drug Policy Alliance.

“I don’t support marijuana use, but I recognize the limitations of the law. The law has caused far more harm than good,” McClintock told McClatchy.

Not only has marijuana “created a violent underground economy,” but it’s become easier for young people to get the drug than it is to get alcohol, he said.

McClintock related a story told to him by a deputy sheriff who said he could take two students from a high school, give them each $20 and tell one to go buy marijuana and the other to buy alcohol.

“The first one back will always be the one to buy pot. They all know where to get it, and the seller’s got no compunction about selling it to them,” McClintock said. “The kid I send out and buy booze will go from one liquor store the other, get carded and kicked out.”

Other Republicans, though, warned that the bill would go nowhere in the Senate, and time would be better spent writing legislation that could pass.